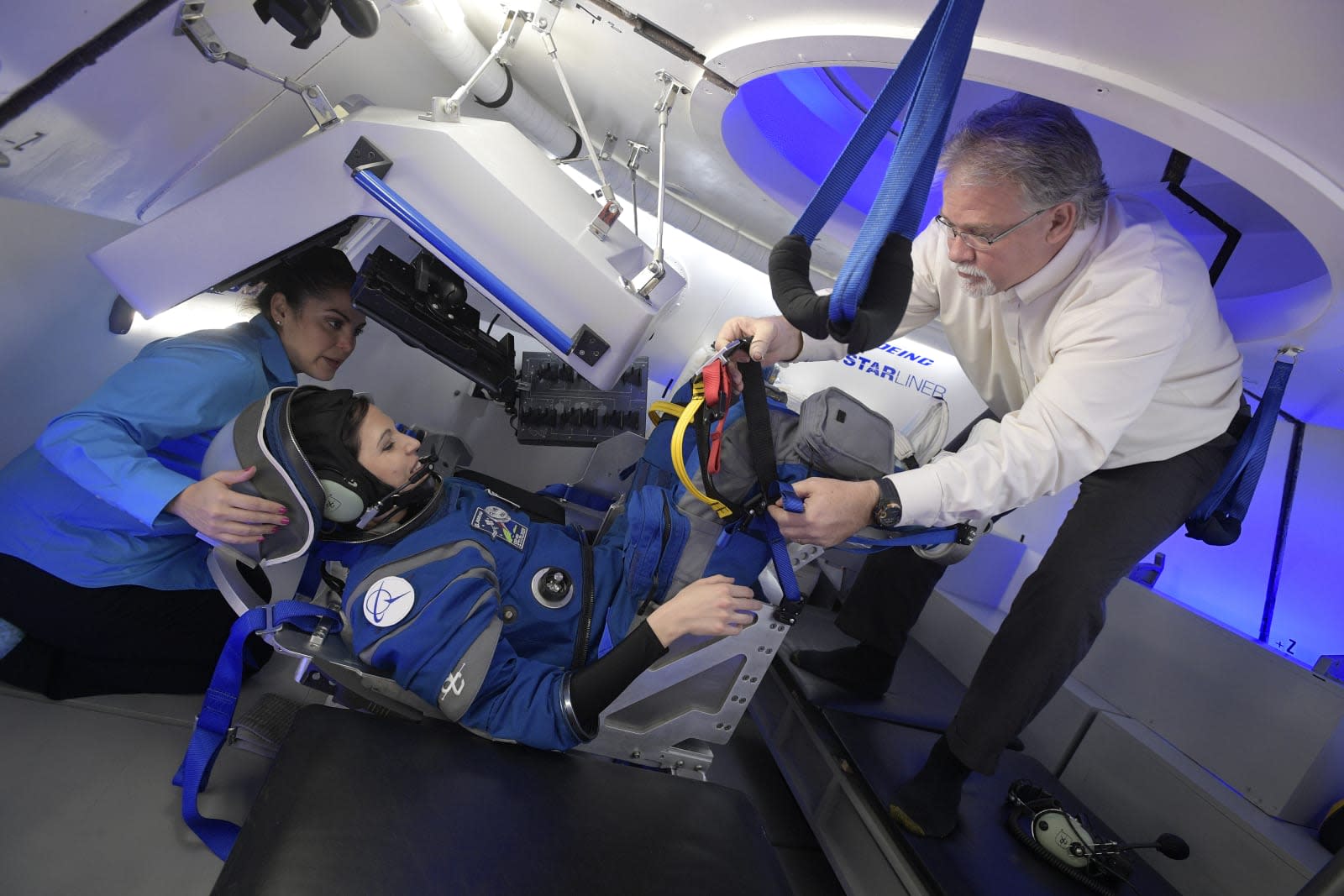 Boeing may have pushed the Starliner's first trip to the ISS back to 2018, but we're sure to get more details about the space taxi between now and then. Reuters reports the spacecraft will pack more than 600 3D-printed parts thanks to Boeing's recent deal with Oxford Performance Materials. Printed with a plastic called PEKK, the parts are expected to perform well under the stress of spaceflight and extreme temperatures.

What's more, the material offers both weight and cost savings for parts that are typically made out of metal and other plastics. Oxford says PEKK is strong as strong as aluminum, but it weighs "significantly" less. The company says its plastic is also fire and radiation resistant in addition to being able to withstand temperatures that range from minus 300 to 300 degrees Fahrenheit. Boeing will use the PEKK material for components in a number of areas, including brackets for the propulsion system and parts for the air revitalization system.

Boeing is currently constructing three Starliner capsules under a $4.2 billion contract from NASA. Elon Musk's SpaceX is also building a space taxi capsule with its $2.6 contract with the US space agency. While Boeing expects to launch a test flight in June 2018 with a manned mission to follow in August, SpaceX also eyes a 2018 launch for its Dragon capsule. Of course, when Boeing sends a Starliner into space, its crew will be outfitted with fancy new spacesuits.

In this article: 3dprinting, boeing, culture, science, space, spacetaxi, starliner
All products recommended by Engadget are selected by our editorial team, independent of our parent company. Some of our stories include affiliate links. If you buy something through one of these links, we may earn an affiliate commission.