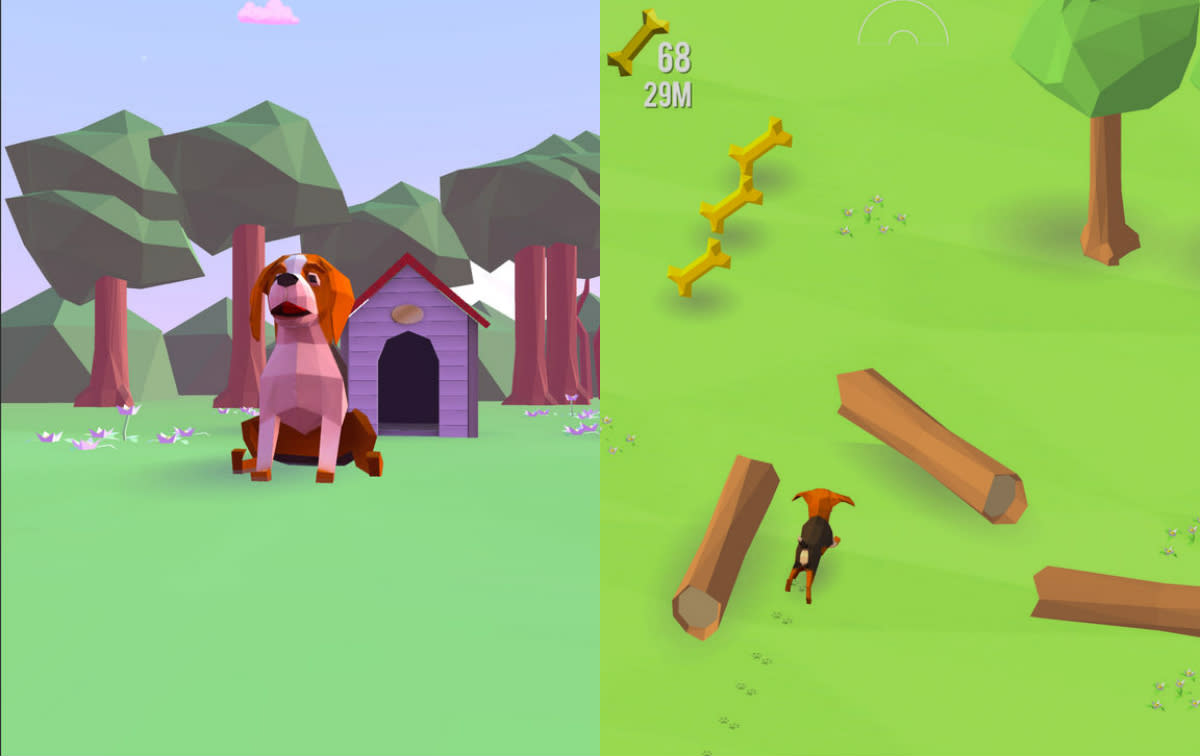 When life gets you down and the world appears to be coming apart at the seams, nothing calms a troubled mind quite like a good run through the park with your favorite doggo. Now thanks to WeRateDogs, the internet's number one professional dog rater, you can do just that from just about anywhere.

OUT NOW ON IOS AND ANDROID
(it's a good game, Brent)

Good Dogs, which is available on both iOS and Android, is "the most realistic and numerically accurate dog running simulator ever," according to its developer. It's an infinite runner in the same vein as Crossy Road or Super Mario Run. Players can buy or unlock seven different breeds of dog including Corgicools, Byzantine Rigatonis, Labracadabradors and even the super rare Peruvian Horned Pup (his name's Ted). You can also earn different coat colors for each dog and even find some adorable little hats for them to wear. The park and its obstacles will also change each month, to keep the action fresh.

The game mechanics are simple enough: swipe left and right to turn the dog as she runs and hold down to charge up a pup jump. Beyond that, it's simply a matter of dodging obstacles while collecting golden bones which can be traded in for digital prizes.

In this article: Android, DogRates, gaming, GoodDogs, ios, mobile, SuperMarioRun
All products recommended by Engadget are selected by our editorial team, independent of our parent company. Some of our stories include affiliate links. If you buy something through one of these links, we may earn an affiliate commission.