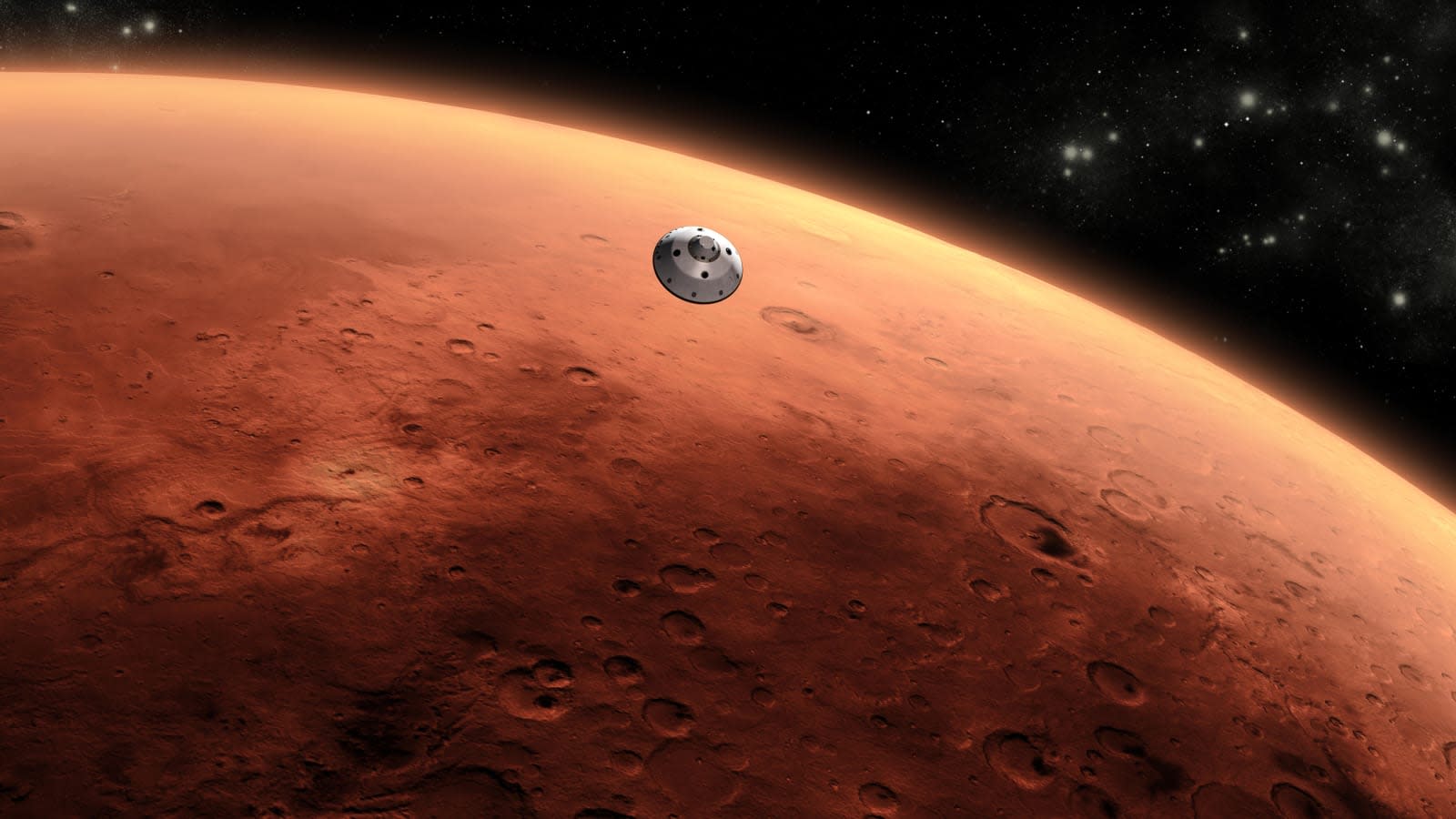 Scientists have long believed that Mars lost its liquid water very gradually, turning into a mostly dry planet over an extremely long time frame. However, they may have to toss that assumption out the window. A University of Colorado, Boulder team has discovered that Mars has an atmospheric "escape route" which may have helped hydrogen drift into space at much faster rates. Mars Express data shows that water molecules float higher than usual during the planet's warmer seasons, avoiding an Earth-like "cold trap" that keeps water close to the ground. Once the molecules are in the middle atmosphere, ultraviolet light helps break them up into oxygen and hydrogen -- and since hydrogen is very light, it doesn't take much for the element to escape Mars' gravity.

More findings are needed to illustrate exactly what happens (MAVEN and Europe's future Trace Gas Orbiter will help), but the implications are significant. It suggests that Mars may have lost water at wildly varying rates, and that the time scales for that loss could be very different than previously thought. If nothing else, it's a reminder that other planets aren't guaranteed to behave like Earth. Even subtle differences could have a dramatic impact on another world's ability to support life.

In this article: atmosphere, hydrogen, lasp, mars, marsexpress, science, space, UniversityOfColoradoAtBoulder
All products recommended by Engadget are selected by our editorial team, independent of our parent company. Some of our stories include affiliate links. If you buy something through one of these links, we may earn an affiliate commission.