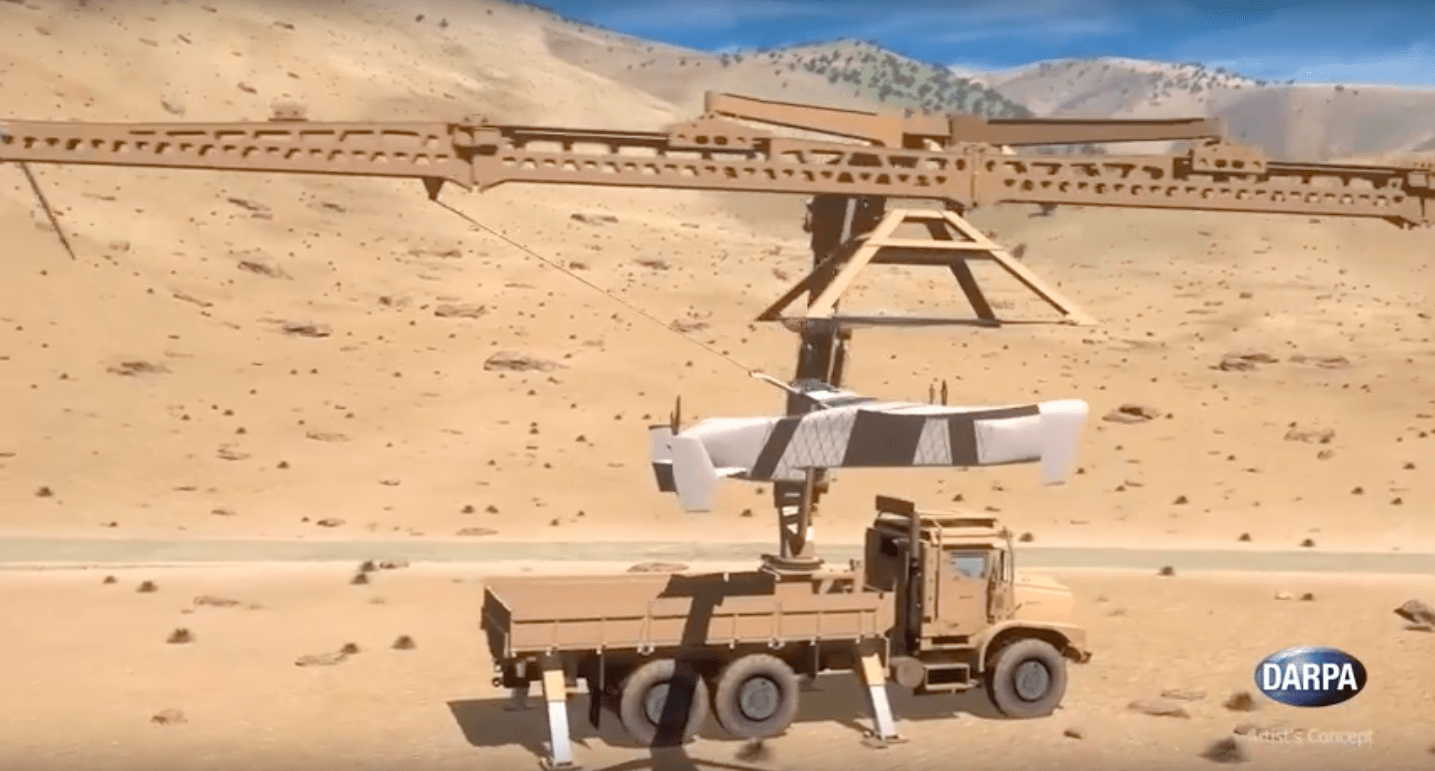 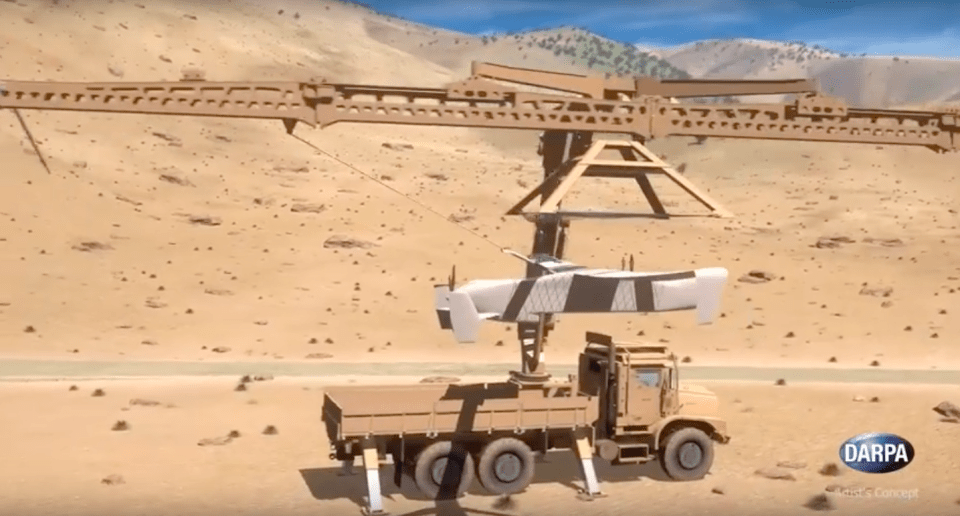 Even the longest-loitering drone needs to land sometime. But rather than risk damaging these multi-million dollar aircraft on improvised battlefield landing strips or aboard US Naval vessels, DARPA is developing a novel drone recovery system that snatches them out of mid-air.

DARPA calls it the SideArm system. It's part of the larger Tern program that seeks ways to integrate drones into Navy ships and operations without having to drastically renovate the vessels in accommodation. As such, this system is built to fit in a standard shipping container and can be set up and operated by just 2 - 4 people. DARPA tested the system with a 400-pound Lockheed Martin Fury UAS, but it's reportedly sturdy enough to catch drones weighing up to 1,100 pounds.

The SideArm works much like existing arresting wire system that aircraft carriers employ, just upside down. As you can see in the video above, the drone is launched along a horizontal rail. Upon its return, the drone flies back under that rail, hopefully snagging its tailhook on an arresting line suspended below it. When the tailhook catches, the drone is slowed and gently swung up into a net where the aircraft's nose barbs hold it in place. Now that testing is complete, DARPA is looking for transition partners and investigating whether the system could be employed with other drone systems.

In this article: DARPA, FuryUAS, gear, LockheedMartin, NAvy, SideArm, transportation, USNavy
All products recommended by Engadget are selected by our editorial team, independent of our parent company. Some of our stories include affiliate links. If you buy something through one of these links, we may earn an affiliate commission.