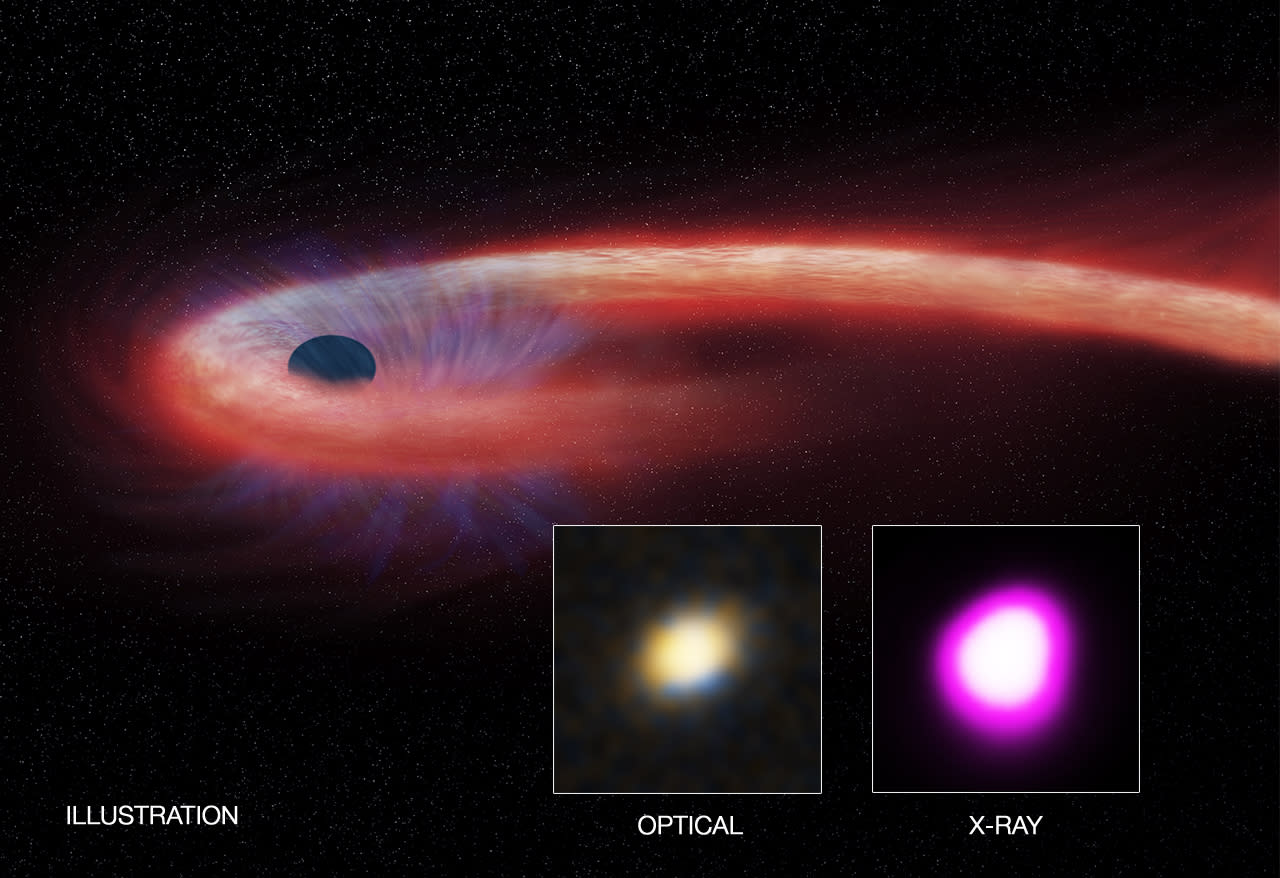 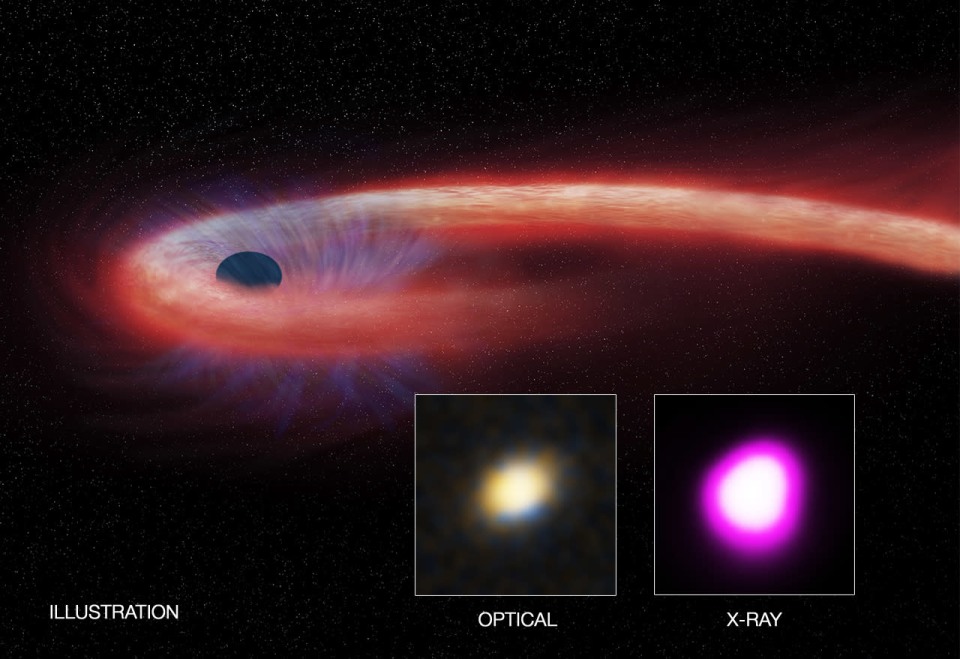 When a black hole eats a nearby star, the resulting X-rays typically fade within a year or so. That's why astronomers are excited about a giant black hole that's been shedding telltale radiation for close to 10 years.

Dubbed XJ1500+0154, this supermassive hole is the subject of a newly published paper in Nature Astronomy. When the intense forces of gravity from a collapsed stellar body destroy a star that gets too close, the material pulled into the heart of the hole gives off a distinct X-ray flare, which astronomers can measure via satellites and observatories.

The unprecedented amount of time spent on this "star meal" could mean one of two things: either a massive star was captured and eaten, or a smaller one has been more completely digested than ever before. It also proves that these astronomical phenomena can grow faster than previously expected, which could help us understand how our universe was formed out of atypical black holes that may have massed more than one billion times that of our own sun.

The researchers hypothesize that the leftovers of the destroyed star should exhaust the black hole's appetite within the next decade, with the X-ray signatures fading over the next several years.

In this article: blackhole, cosmology, NASA, science, space, stars, UNH, universityofnewhampshire, X-ray
All products recommended by Engadget are selected by our editorial team, independent of our parent company. Some of our stories include affiliate links. If you buy something through one of these links, we may earn an affiliate commission.