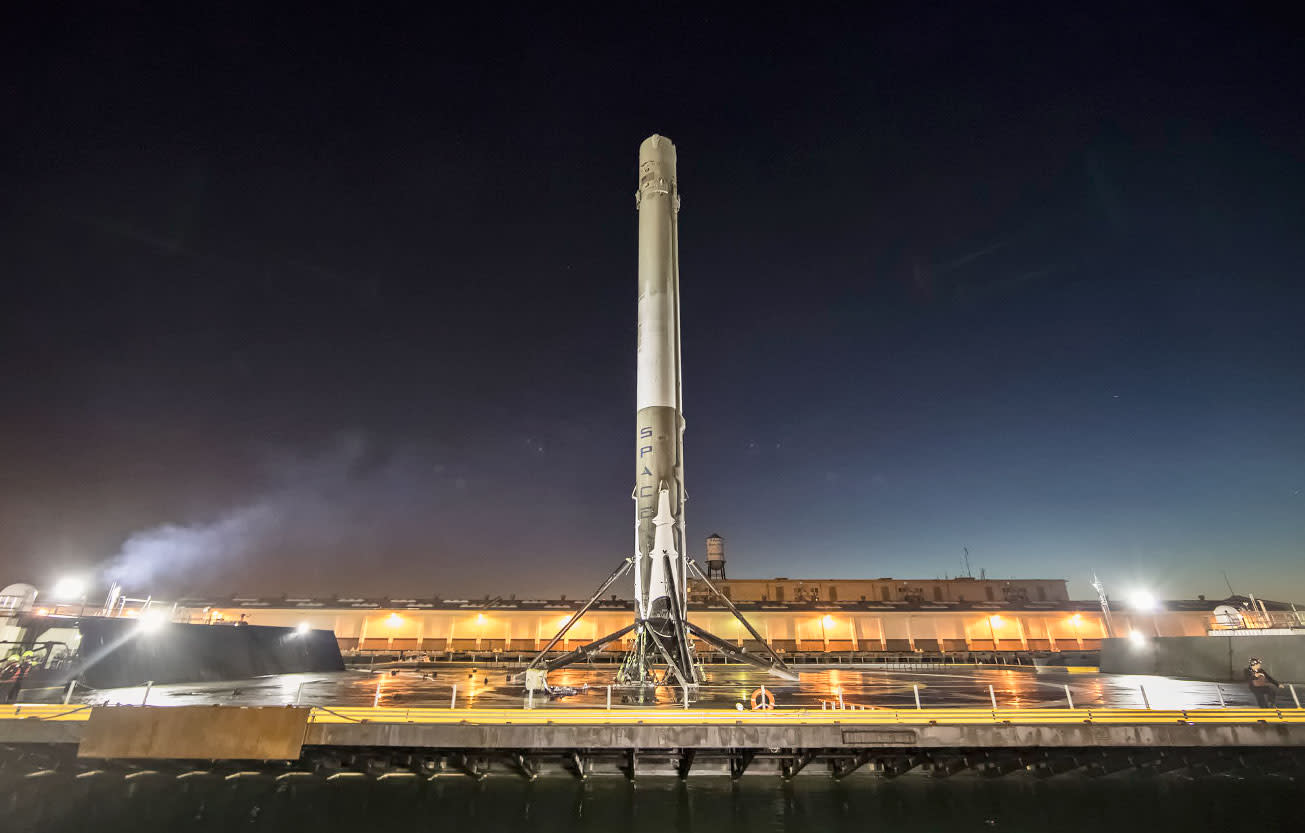 SpaceX has a bold plan in place to get through its backlog. The space corporation's president Gwynne Shotwell told Reuters that SpaceX aims to send a rocket to space every two to three weeks as soon as its new launch pad in Florida opens next week. As you know, the company put its schedule on hold after a Falcon 9 exploded on its old launch pad at Cape Canaveral last year -- its comeback mission took place just a few weeks ago in mid-January at Vandenberg Air Force Base.

SpaceX's new launch pad is at NASA's Kennedy Space Center, located north of Cape Canaveral's, which it's still repairing at the moment. The new pad cost the company around $100 million, while the repairs will set it back roughly half that amount.

The private space corporation hasn't forgotten that it's in the midst of several design upgrades despite ramping up its launch schedule, though. Shotwell said it's still tweaking its rocket engines to improve its performance and address safety concerns. It's also designing new turbopumps and a software fix after NASA and government officials expressed their concerns about the current design's tendency to crack.

"For us, the concern was not the cracks, but do they grow over time? Would these cracks cause a flight failure? I think NASA is used to engines that aren't quite as robust, so they just don't want any cracks at all in the turbo machinery," Shotwell explained. She added that the new turbopumps will be installed before Crew Dragon's first unmanned test flights take place, hopefully sometime in November.

According to a recent Wall Street Journal report, the Government Accountability Office expects SpaceX to push back its 2018 manned mission to the ISS due to all the issues it's been dealing with. It's unclear if the company can catch up to its original schedule with these rapid-fire launches. But so long as no explosive mishap happens again, we might finally see Crew Dragon fly astronauts to the space station.

In this article: capecanaveral, launchpad, nasa, nasakennedyspacecenter, rocket, science, space, spacex
All products recommended by Engadget are selected by our editorial team, independent of our parent company. Some of our stories include affiliate links. If you buy something through one of these links, we may earn an affiliate commission.