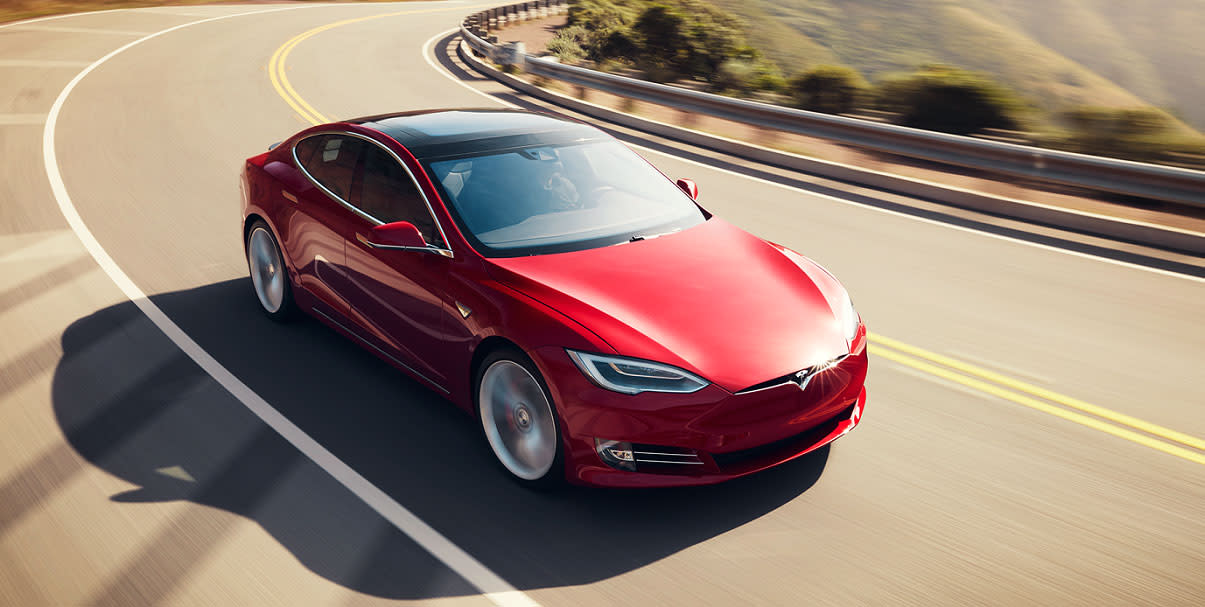 Tesla's Model S P100D is the fastest accelerating production car in the world, thanks to a Spaceballs-inspired software update. In a recent Motor Trend test, the Model S P100D hit 0-60 mph in 2.275507139 seconds using a new Easter egg mode called Ludicrous+. No production car has ever cracked 2.3 seconds during the magazine's testing, it said. That's faster than Tesla's original promise of 2.5 seconds, and faster than the 2.389 second time recorded by the Tesla Racing Channel in January.

Although the S P100D's acceleration times are impressive for a stock electric vehicle, Motor Trend said it loses its advantage to other supercars at higher speeds, where horsepower wins out over instant torque. The Ferrari LaFerrari, for example, reaches 70 mph a tenth of a second quicker, while the Porche 918 and McLaren P1 win out at 80 mph.

The S P100D's ludicrous speed comes at a cost -- and I don't mean the $134,500 and up price tag. It accelerates "like a real jerk," according to Motor Trend. In physics terms, jerk refers to the rate of change of acceleration. Using the magazine's example, it's the difference between being pushed by a clumsy person and being aggressively shoved.

"Launching a Model S P100D (weighing 5,062 with gear and driver) in full-on Ludicrous Easter-egg mode snaps your body in a manner that is utterly impossible to replicate in any other street-legal production car on normal tires and dry asphalt at a mid-$100,000 price point," Motor Trend said.

Apparently, the Model S P100D's test performance beat Tesla Chairman and CEO Elon Musk's expectations. He told Twitter followers last November the software update would only shave 0.1 seconds off its acceleration time. After seeing today's results, however, Musk claimed the S P100D can perform even better if you remove the floor mats and front trunk liner.

In this article: ElonMusk, EV, gear, models, ModelSP100D, MotorTrend, p100d, tesla, TL17TESLA, transportation
All products recommended by Engadget are selected by our editorial team, independent of our parent company. Some of our stories include affiliate links. If you buy something through one of these links, we may earn an affiliate commission.