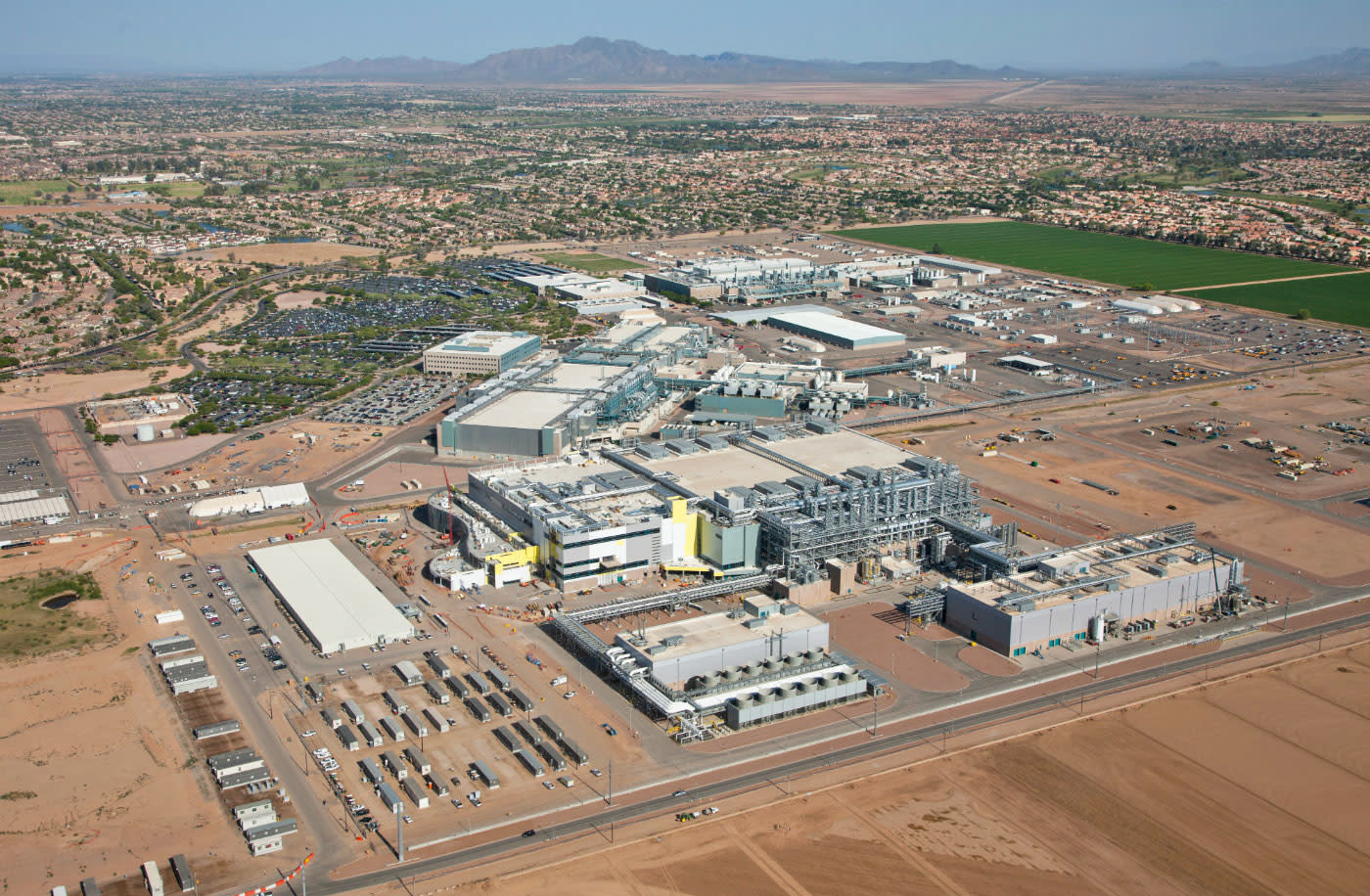 Intel plans to complete Fab 42, a semiconductor factory in Chandler, Arizona, with an investment of more than $7 billion over the next three to four years. At its peak, the factory will employ about 3,000 process engineers, equipment technicians, and facilities-support engineers and technicians. Fab 42 will produce 7 nanometer chips and is "expected to be the most advanced semiconductor factory in the world" -- whatever that means.

The announcement was made alongside President Donald Trump at the White House. Cameras even captured Intel CEO Brian Krzanich offering the President a gift and explaining how regulatory US tax policies have "disadvantaged" his business in the past. But, as New York Times technology reporter Farhad Manjoo and others on Twitter were quick to point out, Intel's investment in Fab 42 wasn't the result of new federal subsidies or credits.

In fact, the factory, which was originally announced back in 2011 and largely completed by 2014 was put on hold not because of regulatory burden, but because of declining PC sales. In the interim Intel shifted manufacturing focus to existing facilities and waited for the market to recover. Now it appears Intel is ready to move forward with it's original plans of hiring roughly 3,000 new workers. But by using the oval office as a backdrop, it's clearly hoping to curry favor with the new president.

Intel isn't alone in using the president as a way to generate media interest in an existing business deal. In December, Trump gave Sprint a signal boost when he congratulated the company on its decision to bring 5,000 jobs to the United States. Despite Trump's attempts to take credit for the deal, it was in fact put together months before he was elected.

Intel also isn't the only tech company making moves in Arizona -- most recently, Uber moved its fleet of custom, self-driving Volvo XC90 SUVs to the state after a tiff with the California Department of Motor Vehicles.

Update: This post has been updated to reflect additional context surrounding the completion of the Fab 42 facility.

In this article: arizona, business, chips, DonaldTrump, factory, gear, intel, jobs, personal computing, personalcomputing, semiconductor, trump
All products recommended by Engadget are selected by our editorial team, independent of our parent company. Some of our stories include affiliate links. If you buy something through one of these links, we may earn an affiliate commission.