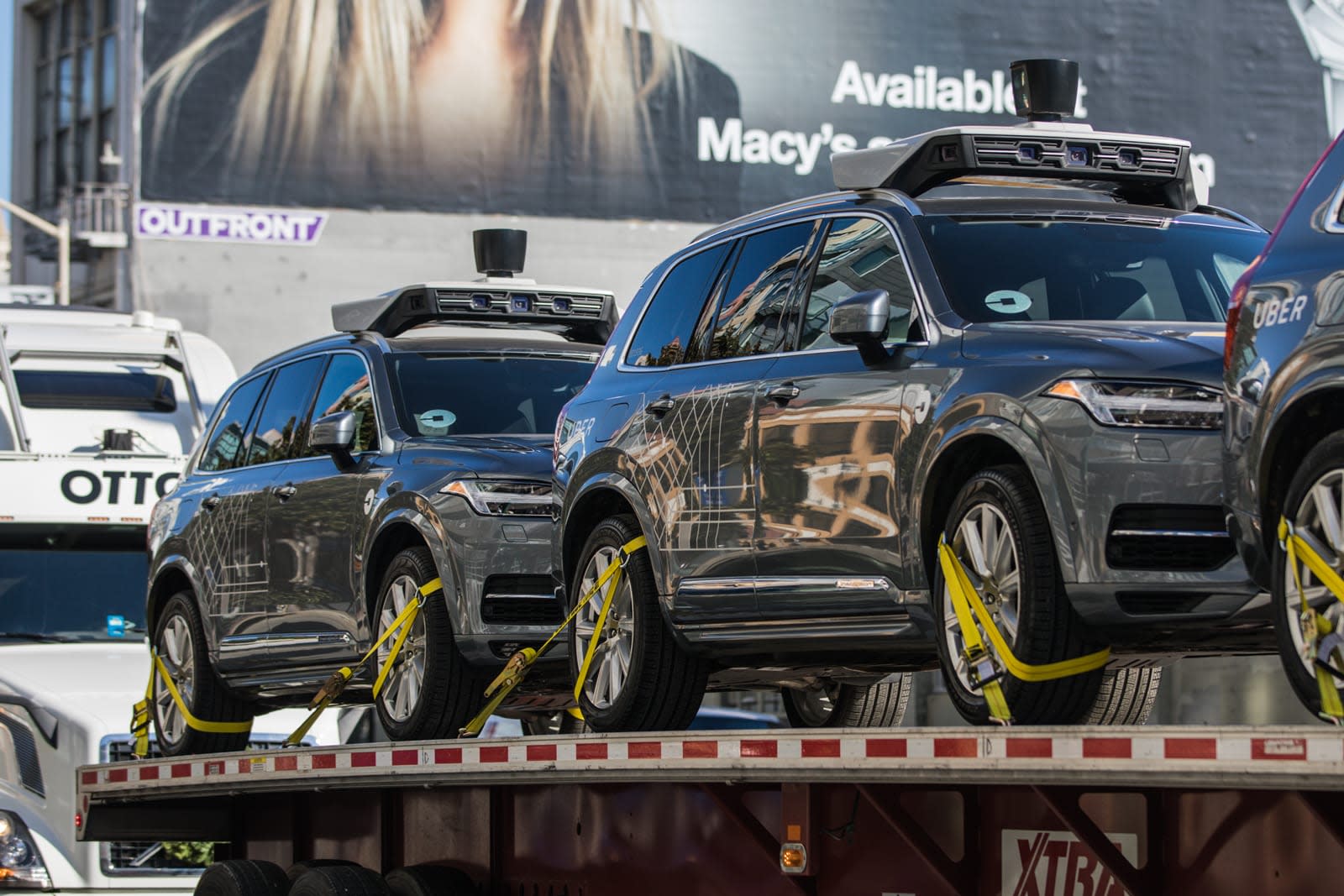 Although Uber hinted that such a move was likely, San Jose Mercury News reporter Marisa Kendall broke the news on Twitter today:

BREAKING: After defeat in California @Uber is moving its self-driving cars to Arizona, will begin testing there in next few weeks. @mercnews pic.twitter.com/CVl5PGRP9e

An Uber spokesperson also told Engadget, that the fleet of customized Volvo XC90 SUVs actually shipped out for Arizona on one of the company's Otto trucks Thursday morning, and that they will start rolling out there "in the next few weeks" with the support of Arizona Governor Doug Ducey.

While Ducey has voiced that support on Twitter, VentureBeat notes that the state is making strides to create a formal policy on self-driving vehicles by gathering a committee of transportation, policy and public safety experts. Despite all that, the move may have still been a surprise to Arizona officials: the AZDOT is reportedly unaware that Uber would be bringing its self-driving fleet to the state this soon.

Update: As of Friday morning, the Ubers have arrived in Arizona, with an official welcome from Governor Ducey and AZDOT:

Welcome to #Arizona, @Uber. These self-driving vehicles are arriving for a welcome by Governor @DougDucey. #azmeansbiz pic.twitter.com/6YCzNVdplD

In this article: arizona, california, culture, dmv, sanfrancisco, self-driving, transportation, Uber
All products recommended by Engadget are selected by our editorial team, independent of our parent company. Some of our stories include affiliate links. If you buy something through one of these links, we may earn an affiliate commission.