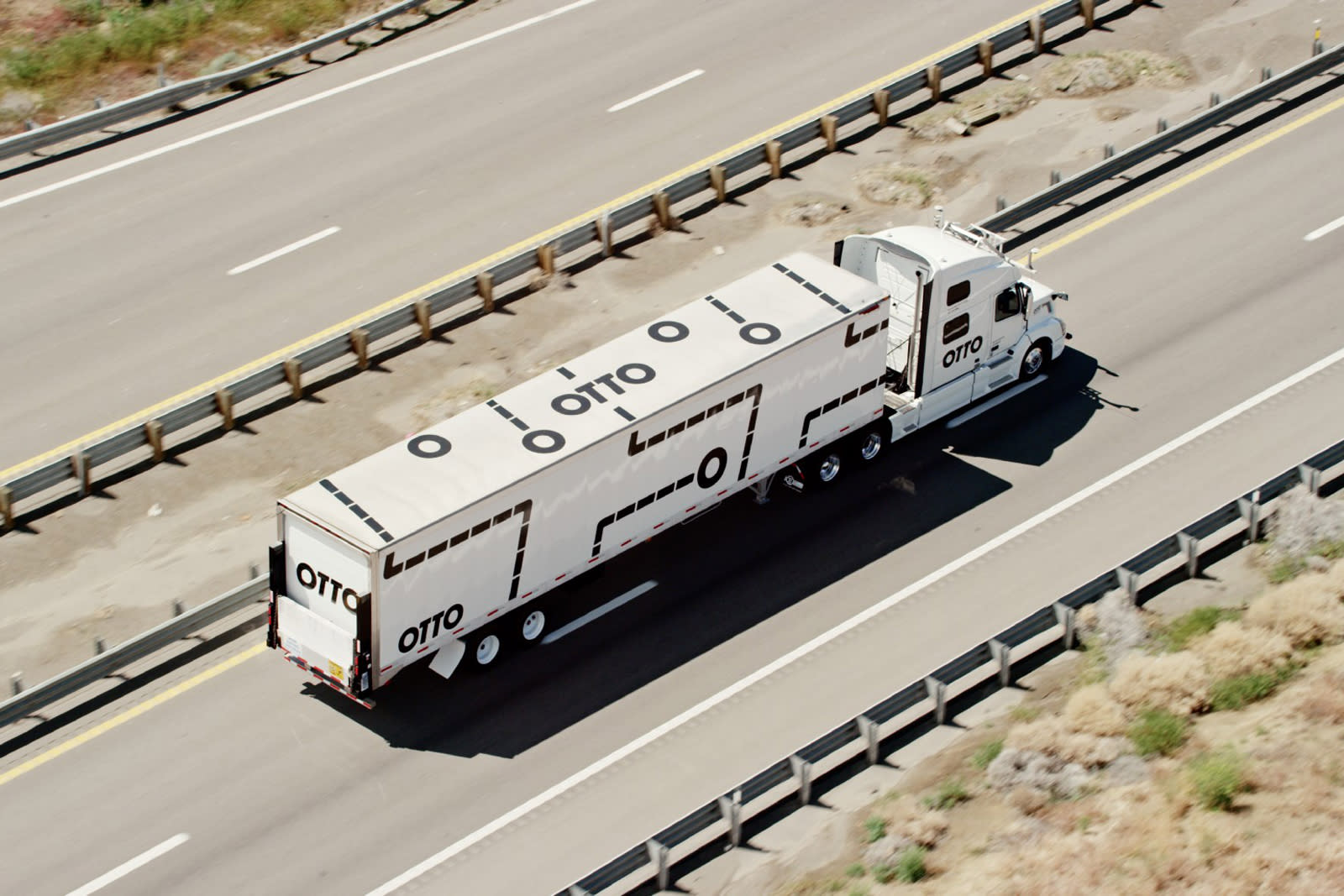 Remember how Otto demonstrated a self-driving big rig truck without anyone in the cabin, making a great case for its eventual acquisition by Uber? It turns out that the company knowingly broke the rules, according to Backchannel... but also didn't have to face consequences for its actions. Nevada (where Otto shot its promo video) requires both a special license and people in the cockpit for any autonomous testing, but Otto decided that the month of licensing, modification and testing would take too long -- it went ahead anyway. Officials were outraged, and there was even talk of the state's Department of Motor Vehicles backing away from self-driving tech and placing it in the hands of a department focused on business development.

However, there wasn't much Nevada regulators could do in response. You see, the current rules (which were partly shaped by Otto's own Anthony Levandowski) don't actually punish violations. Amendments to the regulations could introduce penalties in 2017, but that's too late to do anything against Otto.

For its part, Otto maintains that this wasn't really a test of full autonomy, since there was an engineer in the back monitoring what was happening. That might not fly if Otto ever lands in court, though. Law professors speaking to Backchannel say that monitoring might not count unless someone is at the steering wheel, ready to take over in case of an emergency. And in practice, it might not matter much if police see a pilotless truck and decide to pull it over.

It's evident that Otto took a big risk by flouting regulations, and the move paid off when Uber spent $680 million to buy Otto just months after that self-driving video appeared. However, the stunt is also a reminder that governments everywhere have to be very careful when producing autonomous driving rules. If they don't put teeth into their regulations, those limits become meaningless -- and that could pose real danger on the road if a company's technology is flawed.

In this article: AnthonyLevandowski, autonomous, culture, gear, nevada, otto, regulation, self-driving, transportation, uber, video
All products recommended by Engadget are selected by our editorial team, independent of our parent company. Some of our stories include affiliate links. If you buy something through one of these links, we may earn an affiliate commission.