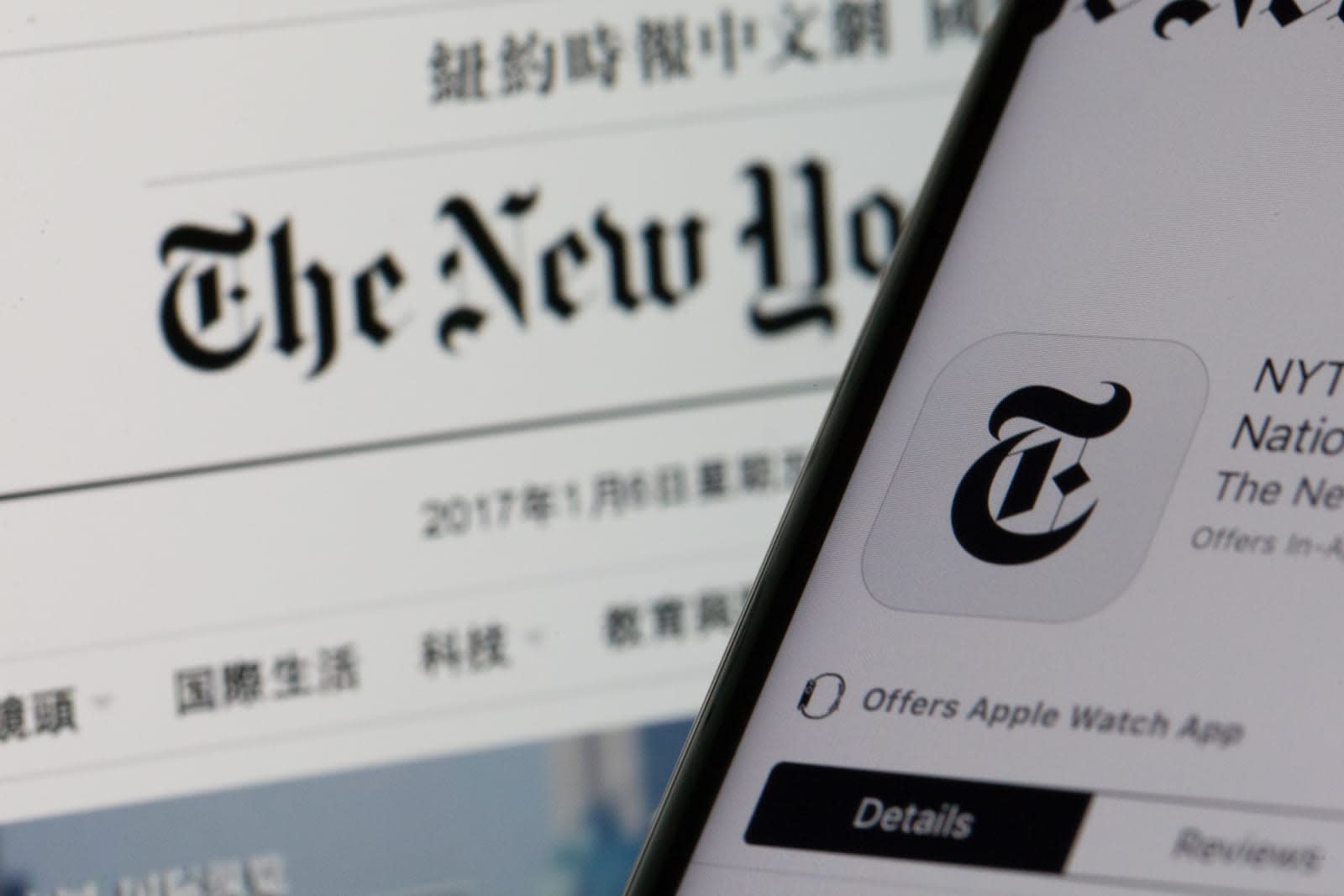 After building up plenty of new subscriber momentum during the election, the New York Times is making a surprising move to encourage people to pay up: Bundling Spotify's music streaming service with unlimited access to its news offerings. The NYT will offer the new joint subscription for $5 a week -- 20 percent less than the current NYT unlimited pricing, which comes in at $6.25 a week -- and will include unlimited access to Spotify's premium offerings (which typically costs $10 a month).

It might seem like a strange fit, but the partnership could help both services attract some new users, as Bloomberg notes. The New York Times currently has around 3 million digital subscribers, but it's aiming for a cool 10 million. Spotify, meanwhile, currently has more than 40 million subscribers. Perhaps more than the subscription discount, deeper integration between the NYT and Spotify could convince people people to actually pay for their services. And don't forget, the NYT isn't a stranger to new tech, especially with the increasing amount of 360-degree VR videos it's producing.

In this article: av, culture, entertainment, internet, News, NewYorkTimes, Spotify, Streamingmusic
All products recommended by Engadget are selected by our editorial team, independent of our parent company. Some of our stories include affiliate links. If you buy something through one of these links, we may earn an affiliate commission.