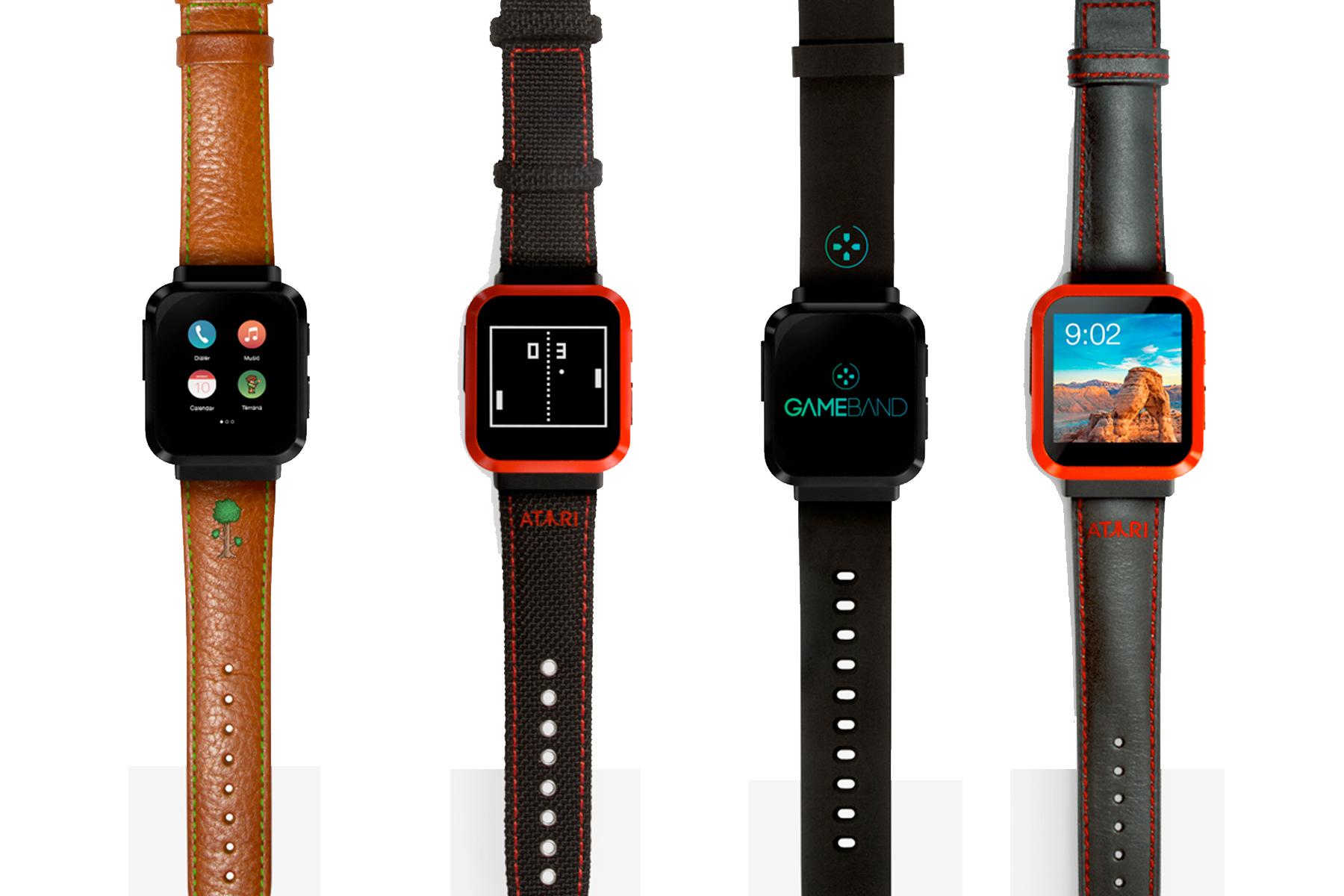 It's always been possible to play games on your smartwatch, but is that really the best way to use that device? The makers of that Minecraft Gameband your niece and nephew won't shut up about think so, and have launched a Kickstarter to prove it. FMTwo's Gameband is a smartwatch that purports to be the first "fully dedicated gaming smartwatch" that's "optimized for on-the-go-gameplay."

Gameband is packing a 1.63-inch AMOLED display paired with Qualcomm's quad-core Snapdragon Wear 2100 chip clocked at 1.2GHz. Other features include a 400mAh battery, USB C, Bluetooth 4.2 and 802.11 b/g/n WiFi as well as an integrated microSD card slot. The unit runs a tweaked version of Android Marshmallow and will work with both Android and iOS devices. You can also use it much like its predecessor: as a mobile storage device for PC-dependent games like Minecraft and Terraria.

The device will come in three different flavors: a vanilla Gameband, as well as versions with Terraria and Atari branding. Each one, we're told, will come with 20 mini games pre-loaded, including versions of Pong, Asteroids and Centipede built for the small screen. In addition, the latter two will have a choice of limited-edition branded straps and digital watch faces to show your allegiance to the respective brand.

Should you wish to grab one of these, then you can do so at the low price of $99, should you be an early backer on Kickstarter. Later backers will be asked to cough up $149, while latecomers will need to spend $199 if it meets its planed street date this September.

In this article: Atari, FMTwo, gaming, gear, Kickstarter, Pong, smartwatch, Terraria, video, wearables
All products recommended by Engadget are selected by our editorial team, independent of our parent company. Some of our stories include affiliate links. If you buy something through one of these links, we may earn an affiliate commission.