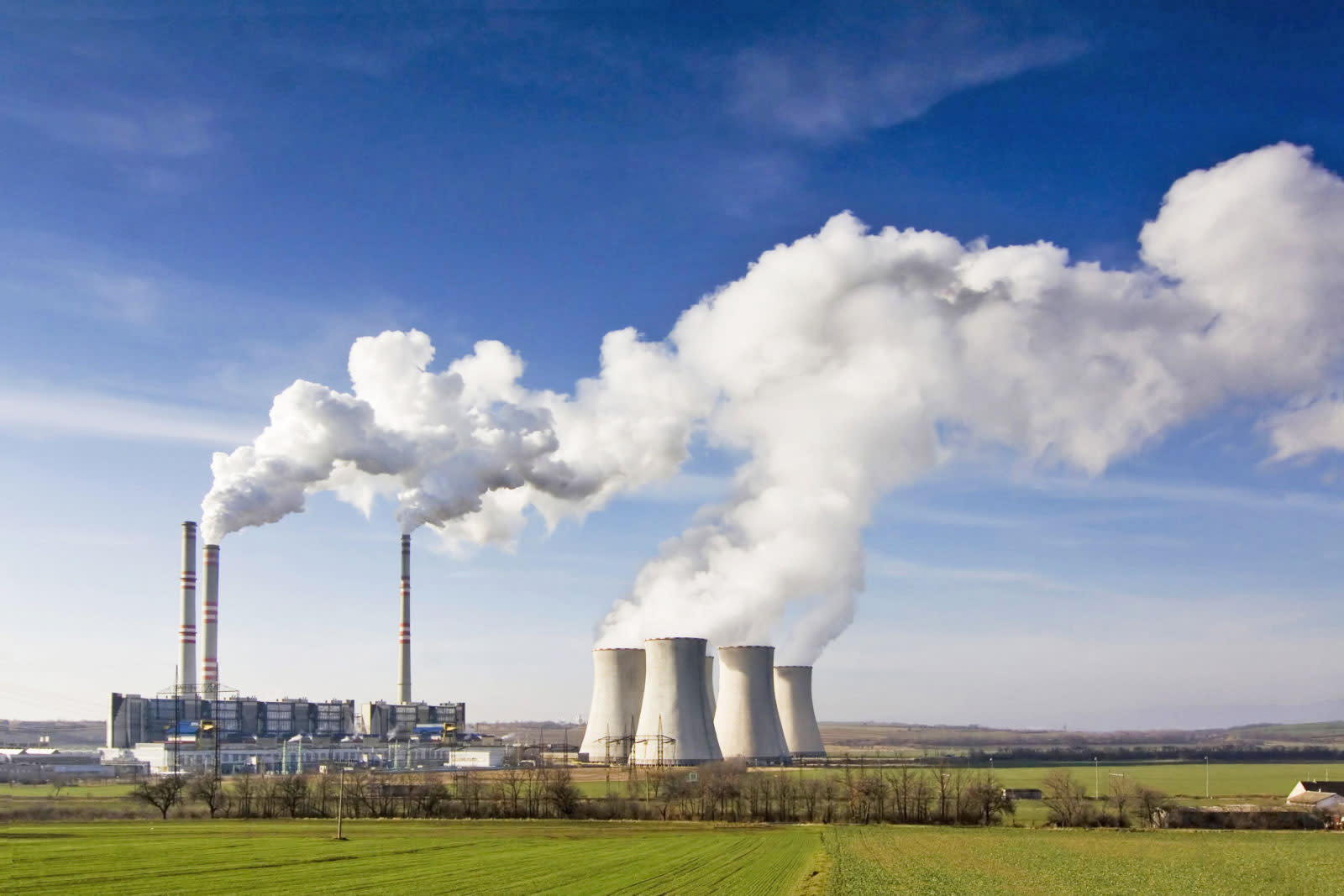 Researchers at Penn State University have potentially come up with yet another way we could create energy from all that nasty carbon dioxide we pump into the atmosphere. They've developed an inexpensive flow cell battery that uses mostly water solutions containing either dissolved CO2 or dissolved normal air -- the technical name for the dissolving process is called sparging, just FYI. Because the liquids contain different concentrations of CO2, they have different pH levels, and it's this imbalance that generates electricity.

In a flow cell battery, two liquids are separated by a membrane that doesn't allow them to mix, but does permit the flow of ions. As ions are exchanged between the denser CO2 solution and normal air solution, the voltage changes at the manganese oxide electrodes in either tank. This stimulates the flow of electrons between the two connected electrodes and voilà: electricity. When the ion concentrations have normalized, you can effectively recharge the battery by refilling each tank with the opposite solution, reversing the flow of electrons. The Penn State scientists were able to do this over 50 times before seeing a drop in performance.

Using CO2 in a flow cell battery isn't an entirely new idea, but this version has an average power density of 0.82 W/m2 -- nearly 200 times higher than anything developed previously, according to the researchers. Other CO2-based fuel cell systems are capable of much more, but they are also much more complicated, using other energy dense fuels and requiring high temperatures to operate.

Penn State's battery, on the other hand, works at room temperature and uses inexpensive materials and processes. Even so, the team admit it may not be economically viable to make use of their research on a large scale just yet. The dream, though, would be to integrate these batteries into fossil fuel power stations, repurposing their CO2 emissions to make even more energy. While more work needs to be done to improve performance and viability, anything that can make light of a bad (and worsening) situation can only be a good thing.

In this article: batteries, battery, CarbonDioxide, co2, flowcellbattery, green, PennState, PennStateUniversity, research, science
All products recommended by Engadget are selected by our editorial team, independent of our parent company. Some of our stories include affiliate links. If you buy something through one of these links, we may earn an affiliate commission.