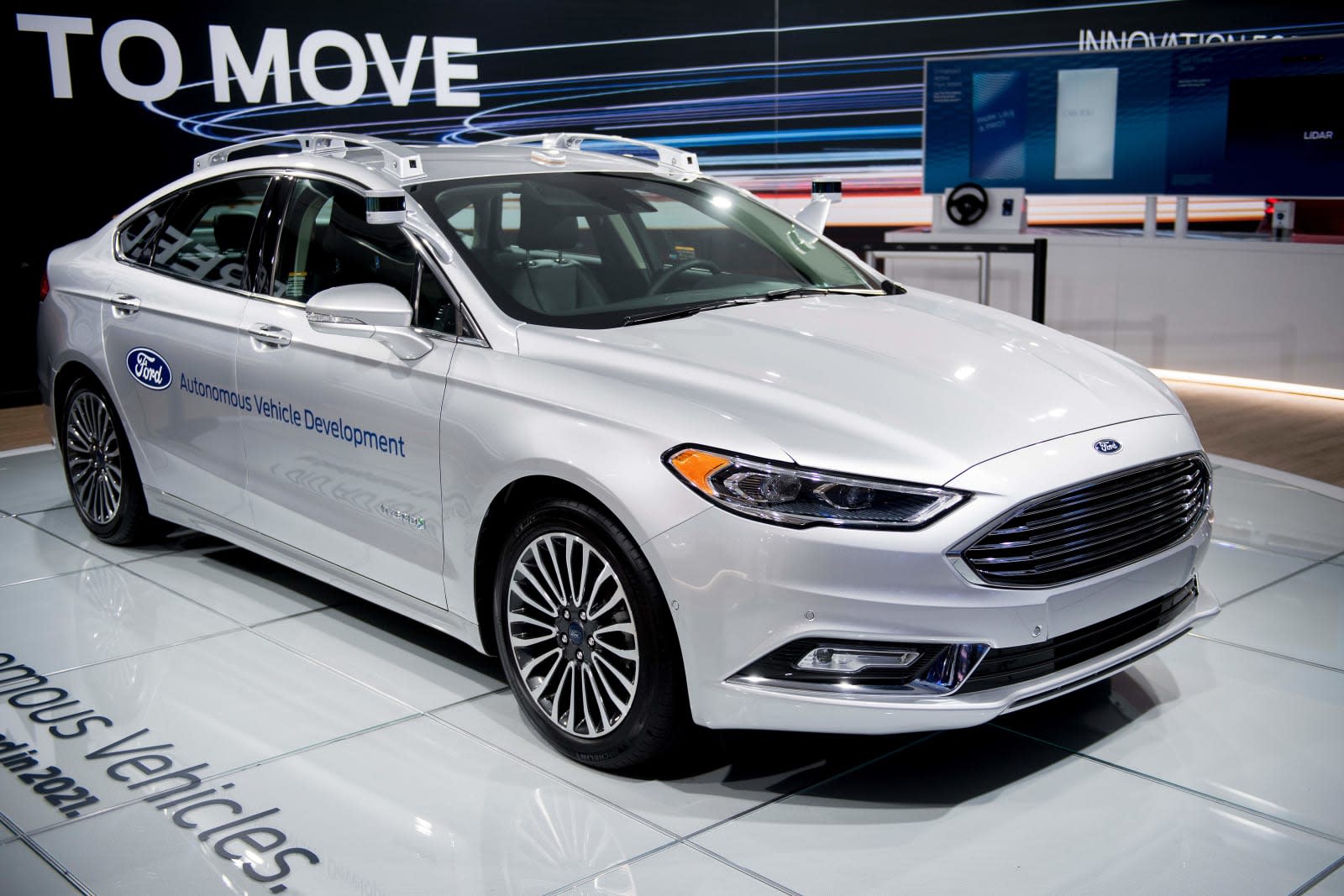 Seemingly out of the blue, Ford announced today that it's investing $1 billion in Argo AI, a Pittsburgh-based company building self-driving technology. Ford is effectively buying the previously unknown startup, which was founded by engineers from Google and Uber. Argo AI will operate as an independent subsidiary and will focus on developing a software platform for Ford's self-driving car, which the company is targeting for 2021. Notably, Ford is also planning to license the technology out to other companies.

While the extent of the deal is surprising, it makes sense for Ford, especially after GM acquired the self-driving car startup Cruise for over $1 billion last year. As we've seen with the steady progress from Google's Waymo, autonomous driving technology is evolving quickly. Car companies have to make some big moves now if they don't want to get left behind once the technology becomes essential in a few years.

Ford will combine the team building its virtual driver system, which serves as the "brains" of the self-driving cars, together with Argo AI. Both companies will benefit from the new arrangement: Ford doesn't have time to waste building its own AI platform from scratch, and Argo will need help getting its technology to consumers once it's ready.

In this article: ArgoAI, culture, Ford, gear, selfdriving, transportation
All products recommended by Engadget are selected by our editorial team, independent of our parent company. Some of our stories include affiliate links. If you buy something through one of these links, we may earn an affiliate commission.