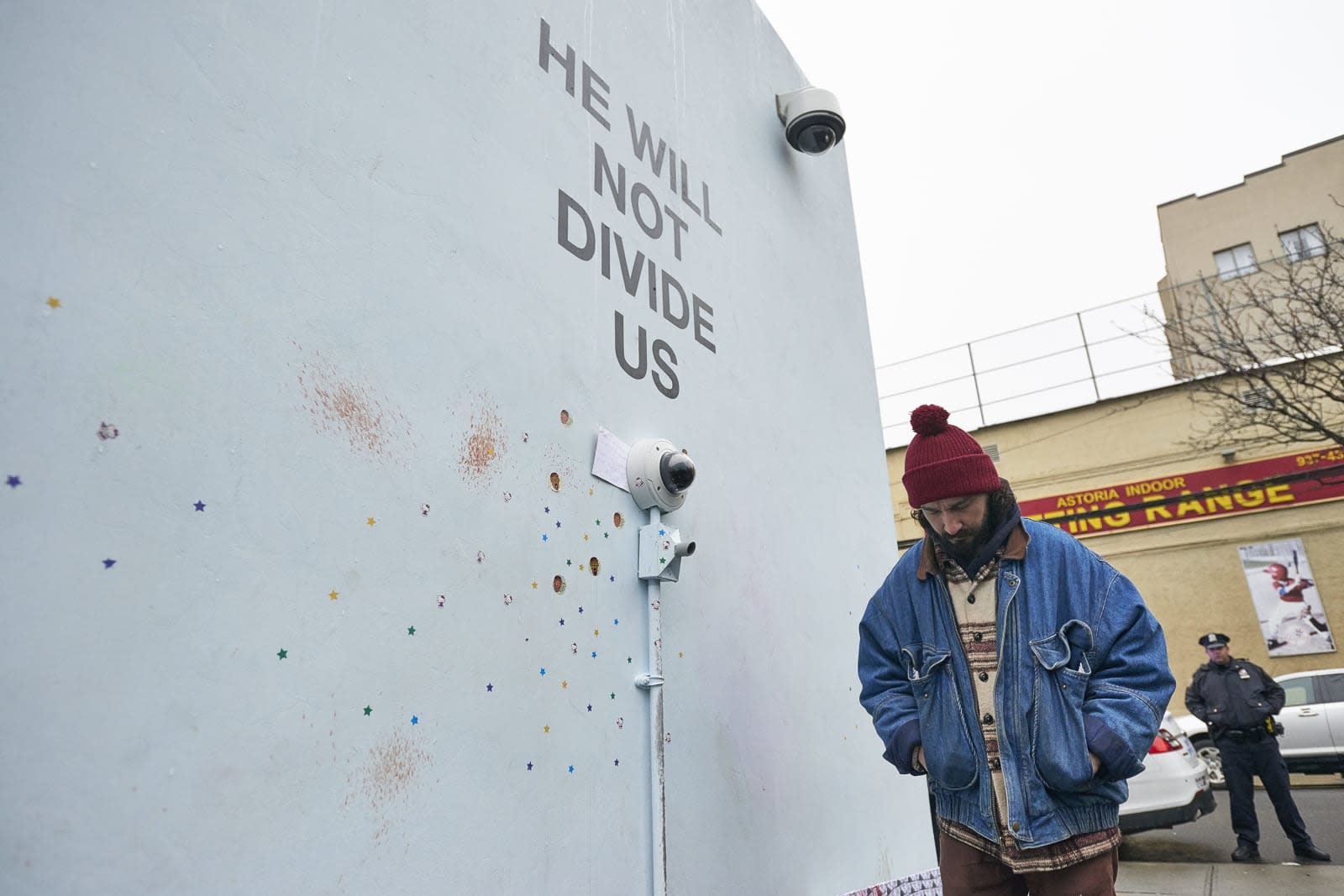 It was supposed to last four years, but Shia LaBeouf's "He Will Not Divide Us" livestream has been shut down by the Museum of the Moving Image. The project was created by the actor along with two artists, Luke Turner and Nastja Säde Rönkkö, as a form of protest against Donald Trump's presidency. In a press release, the Museum said that the installation "created a serious and ongoing public safety hazard" for itself, staff, visitors, local residents and businesses around it.

He Will Not Divide Us had one camera outside the Museum of the Moving Image, located in Queens, New York, which was streaming live to its website 24/7. While that may seem harmless, Shia LaBeouf was arrested there last month after a confrontation with a 25-year-old man who was likely a Trump supporter. If you try watching the livestream now, you'll see the following message: "The Museum has Abandoned Us."

"The Museum of the Moving Image abandoned the project," reads an update on the He Will Not Divide Us site. "The artists, however, have not."

In this article: art, culture, donaldtrump, entertainment, government, hewillnotdivideus, livestream, museumofthemovingimage, politics, protest, protests, shialabeouf
All products recommended by Engadget are selected by our editorial team, independent of our parent company. Some of our stories include affiliate links. If you buy something through one of these links, we may earn an affiliate commission.