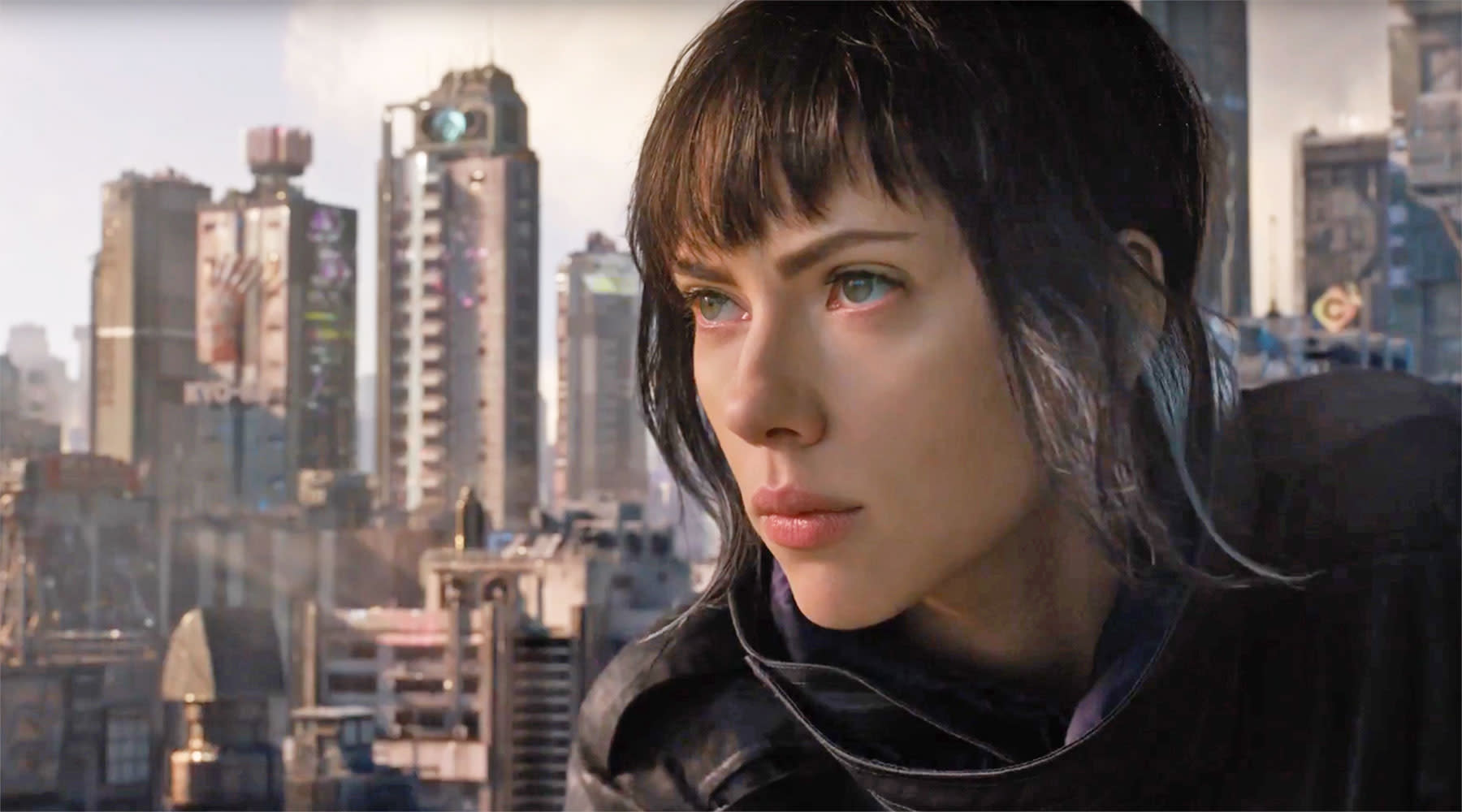 The live-action remake of Ghost in the Shell is fast-approaching theaters, so of course Hollywood's marketing machine is churning out more trailers in anticipation. The latest teaser is a two-minute affair diving into "The Major" and her mysterious origins. Little is revealed but there are plenty of hints concerning her previous life. While the government has given her one story, the film's shady villain, a damaged but dangerous cyborg called Kuze, is offering another, quite different version. Much of the movie, it seems, will focus on The Major hunting Kuze and the truth simultaneously.

Ghost in the Shell is an iconic franchise spanning multiple anime movies, TV shows, manga and video games. It offers a hacker-centric look into the future, where augmentation is rife and threats to human life are often conducted through digital, rather than physical means. Created by Masamune Shirow in the late 1980s, it's inspired countless sci-fi movies including The Matrix trilogy. Despite its long-running success -- a new instalment was released in 2015 -- Ghost in the Shell has never been turned into a live-action movie. The upcoming adaptation was therefore inevitable, given the sheer volume of beloved source material available.

The project is divisive, however. Scarlett Johansson is playing The Major, otherwise known as Motoko Kusanagai in the anime and manga. Critics argue that Hollywood is whitewashing an iconic heroine that could and should be performed by an Asian actress. In a recent interview with Marie Claire magazine, Johansson tried to address the controversy:

"I certainly would never presume to play another race of a person. Diversity is important in Hollywood, and I would never want to feel like I was playing a character that was offensive. Also, having a franchise with a female protagonist driving it is such a rare opportunity. Certainly, I feel the enormous pressure of that -- the weight of such a big property on my shoulders."

Whatever you feel about the casting, it's an odd choice given the movie's setting. Ghost in the Shell takes place in a gloriously stylized version of Japan, with wedge-shaped cars and robotic geisha waitresses. Contrasting that with a mostly American task force is -- while not impossible to justify narratively -- a little strange on screen. But who knows, maybe it all comes together in the final cut. We'll see for ourselves on March 31st, 2017.

In this article: androids, anime, art, culture, cyborgs, entertainment, film, ghostintheshell, major, ScarletJohansson, themajor
All products recommended by Engadget are selected by our editorial team, independent of our parent company. Some of our stories include affiliate links. If you buy something through one of these links, we may earn an affiliate commission.