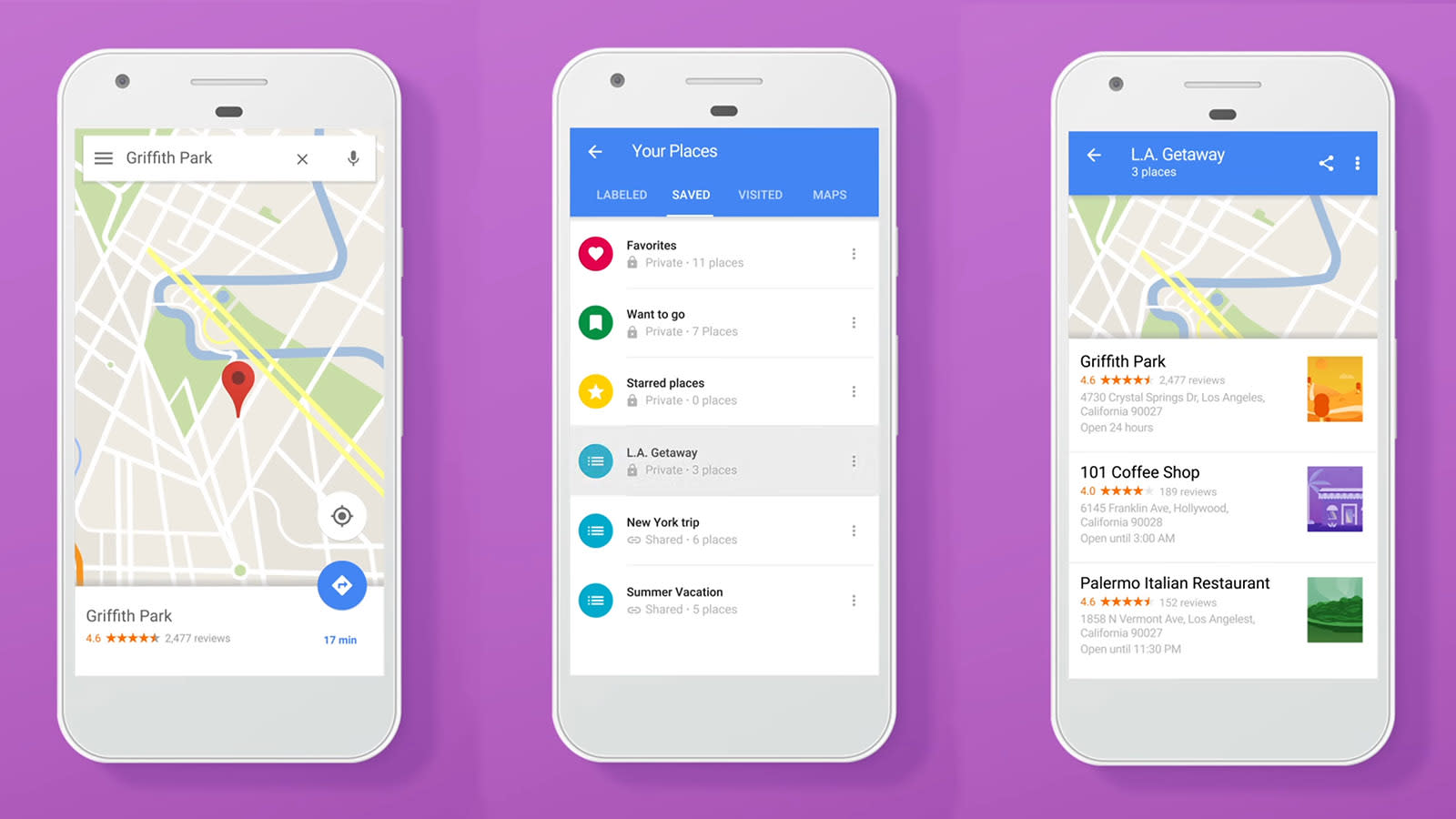 You can now create Spotify-like "playlists" of your favorite local spots on Google Maps that your friends can share and follow. The feature, which Google recently rolled out to Local Guide users, lets you create "Favorites," "Starred Places," "Want to Go" and your own custom lists. The idea is to "start flexing your local knowledge muscles," Google said, and benefit from the inside info of other folks by following their lists.

The feature is very similar to those on Foursquare, right down to the nearly identical icons, showing that Facebook isn't the only company willing to copy a smaller competitor. Once it rolls out to your area (I don't have it in France yet and I'm a Local Guide), you just find a restaurant or other place in Maps and hit the "save" icon. That'll let you add it to one of the above lists or a new one you create like "Favorite Pho Spots" or "Best Veggie Burgers."

From there, you can share the lists via social media, texts or email, and follow lists from friends and family yourself. You can even follow (or be followed by) strangers, provided you set the lists to "public." As with Spotify, the right lists can give you a speed-dial-like network of places if you're trying to figure out where to dine or visit on short notice.

The feature is available on iOS, Android, even offline, and should be rolling out now. You can search for lists on the web, but won't be able to make lists there until a later update. As mentioned, you may have to wait a bit for it to come to your area.

In this article: culture, Foursquare, google, GoogleMaps, gps, internet, Lists, LocalGuides, mapping, video
All products recommended by Engadget are selected by our editorial team, independent of our parent company. Some of our stories include affiliate links. If you buy something through one of these links, we may earn an affiliate commission.