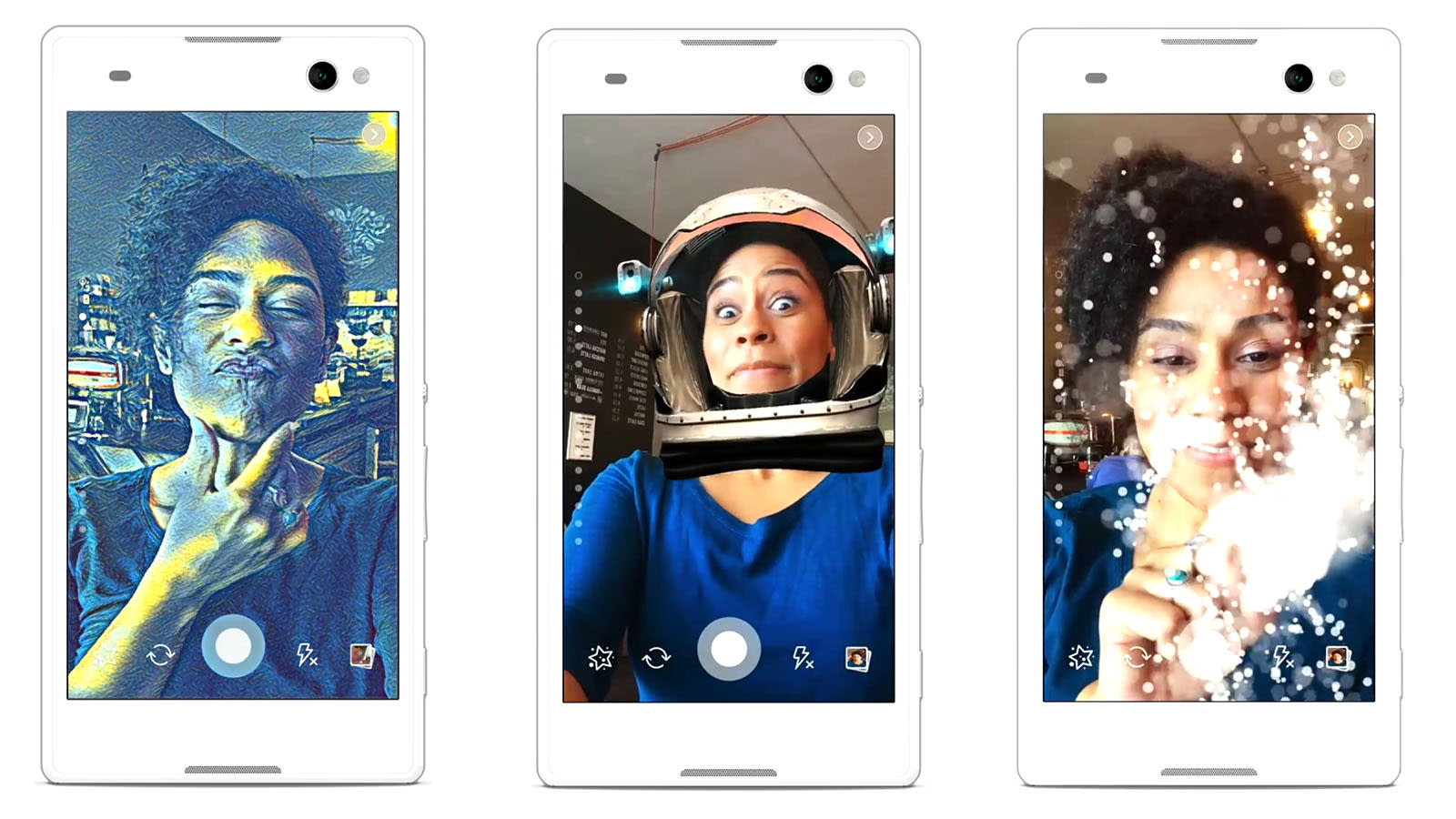 Facebook has "borrowed" a lot of ideas from Snapchat lately, including the concept for Instagram Stories and Facebook Live selfie filters. In perhaps its most audacious move yet, the social network has started testing a new camera that lets you take selfies and videos with filters, effects and masks, which you can then share with friends in your News Feed. If nobody replies within 24 hours, they'll disappear.

Of course, those tricks pretty much make Snapchat what it is, and Facebook now has very similar ones in the heart of its app. While the test is just limited to Ireland, if Zuckerberg & Co. adopt the features widely, it'll mean that Facebook's 1.4 billion monthly users will be able do a lot of the things that used to make Snapchat unique.

Facebook purchased its filter technology from MSQRD back in March, but so far, has only used it in Facebook Live with Rio Olympics and Halloween-themed masks. The company also launched Prisma-like filters lately, with more advanced blending options than the original. Now, both types of technology have been integrated in the new camera, at least in a limited test.

Even while Facebook's user base is growing, sharing of images and other personal content is on the decline. By contrast, Snapchat has dramatically increased photo and video sharing aided, no doubt, by all the fun ways to mash it up. The company famously declined Facebook's $3 billion offer to buy it out, something many people thought crazy at the time. However, it's now better at monetizing its content, and figures it could make up to $1 billion in revenue next year.

In this article: cameras, entertainment, facebook, Filters, Ireland, Masks, mobile, NewCamera, snapchat, Test, video
All products recommended by Engadget are selected by our editorial team, independent of our parent company. Some of our stories include affiliate links. If you buy something through one of these links, we may earn an affiliate commission.