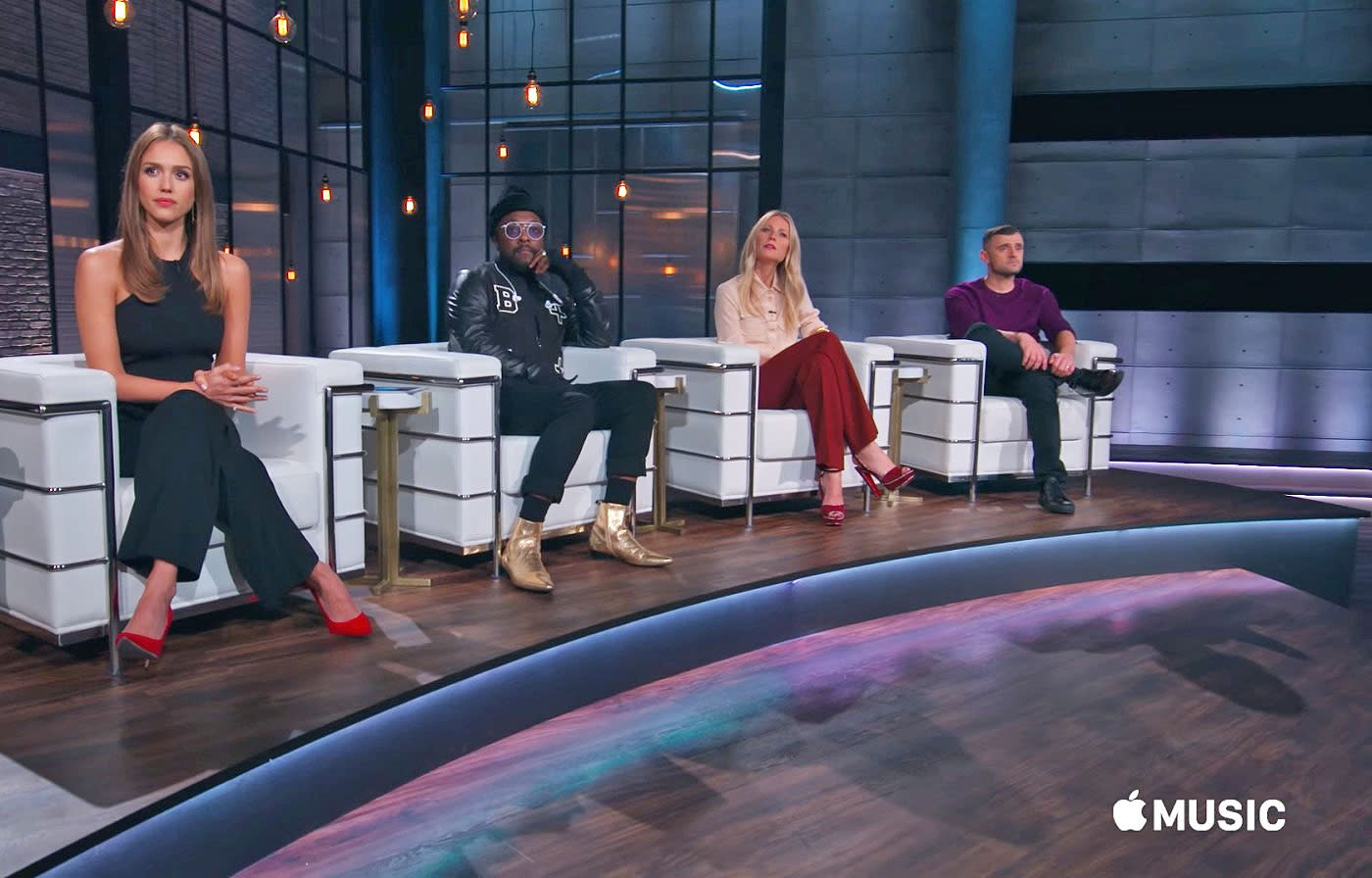 Last fall we heard many of the details of the reality TV show that's coming to Apple Music, but now we've actually seen a bit of it. During an onstage interview at Code Conference, Apple exec Eddy Cue and co-producer Ben Silverman revealed a trailer for the show. As promised, Planet of the Apps will be very familiar to anyone who has seen Shark Tank, with entrepreneurs giving presentations and even literal elevator pitches to four potential backers (Will.i.Am, Gary Vaynerchuk, Gwyneth Paltrow and Jessica Alba), before it turns into The Voice, with each judge coaxing their picks along the path to success and riches.

There's also a new trailer for its Carpool Karaoke adaptation, flashing many of the stars that will be riding and singing along in its first season. Everyone from Jeff Gordon to Shaquille O'Neal to Alicia Keys to Metallica will join in as part of the 16 celebrity pairings.

Both shows will be available only via Apple Music, which Cue mentioned has grown beyond 20 million subscribers. You can watch the full interview here.

In this article: apple, AppleMusic, av, entertainment, PlanetoftheApps, realitytv, TVshow, video
All products recommended by Engadget are selected by our editorial team, independent of our parent company. Some of our stories include affiliate links. If you buy something through one of these links, we may earn an affiliate commission.