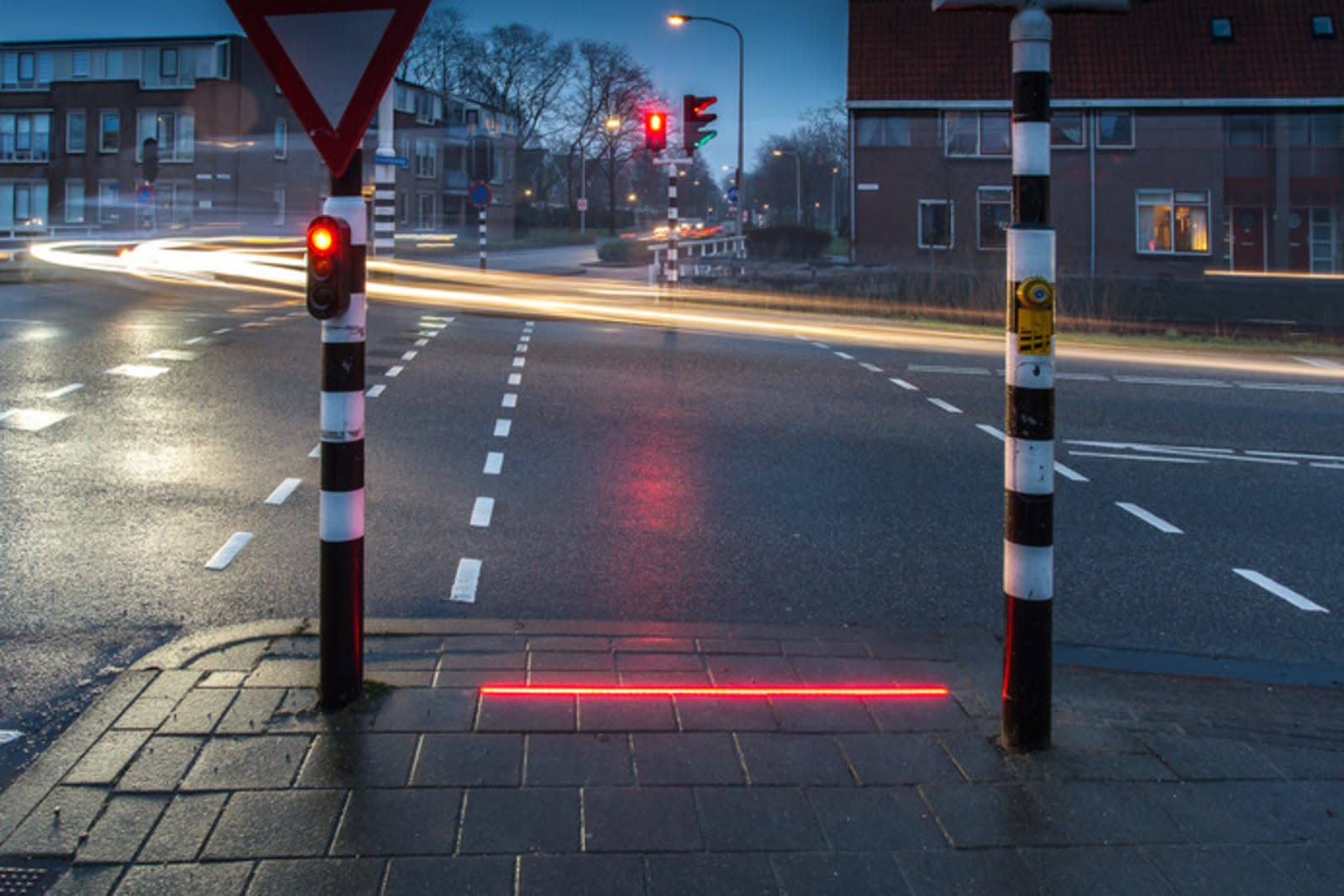 A city in the Netherlands is the latest to give distracted smartphone users an extra heads-up in the crosswalk. A pilot project in the city of Bodegraven called +Lightlines (or +Lichtlijn in Dutch) is the latest take on in-ground sidewalk crossing signals and it puts a bright, laser-like strip of green and red LEDs right where multi-tasking pedestrians can see them.

The concept isn't entirely new: the German city of Augsburg is also testing embedded warning signals at train crossings, and in Australia city planners are testing a similar system at busy crosswalks in Sydney. Bodegraven's +Lightlines are a little different in their implementation, however, with a thin strip of LEDs fit snug in the cracks between sidewalk blocks or paving bricks for maximum visibility anytime of day or night.

Naturally, the LEDs are synced up with the traffic lights but, for now at least, the pilot program only covers one intersection near some schools. The company behind the +Lightlines, HIG Traffic Systems, says they'll make them more widely available if they start to catch on, but the Dutch road safety organization WN thinks they could be an imperfect solution. "'What you are doing," a spokesman for WN told the Dutch News, "is rewarding bad behavior."

In this article: crosswalk, culture, design, TextingWhileWalking, traffic, transportation
All products recommended by Engadget are selected by our editorial team, independent of our parent company. Some of our stories include affiliate links. If you buy something through one of these links, we may earn an affiliate commission.