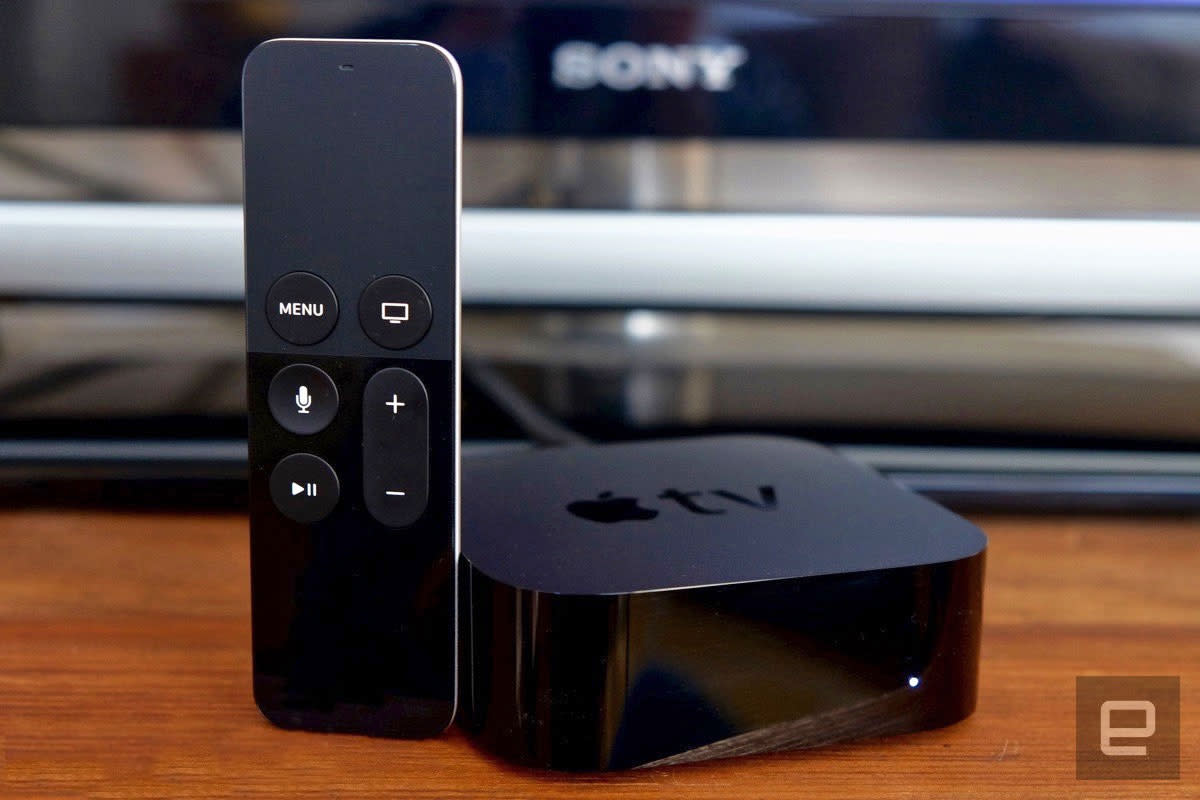 The next Apple TV will support 4K video and possibly HDR, according to Bloomberg's Mark Gurman. Other than that, though, it won't be massively different from the current product, and the company's engineers aren't necessarily thrilled about it. "That's not what I signed up for," an anonymous source told the site. "I signed up for revolutionary. We got evolutionary."

It's not too surprising that Apple is releasing an Ultra HD version of Apple TV. Its main rivals like Amazon's 4K Fire TV and Roku's lineup have supported Ultra HD for awhile, and are cheaper than the $149 device. Many expected the current 1080p Apple TV, which launched around the same time as the 4K Fire TV, to support 4K when it launched in 2015. However, Apple would have been forced to use a better chip and accept lower margins if it had been, Bloomberg says.

Apple has admitted that sales of its current 1080p device have dropped, despite generally good reviews after the launch. It was originally supposed to have Sling TV-type cord-cutting "skinny bundle" of channels, but Apple was unable to negotiate deals with broadcast networks like CBS. Last year, however, a Sling TV app did come to the box, along with channels like Fox Sports, making it a better value proposition.

Apple recently hired Timothy D. Twerdahl away from Amazon to handle the TV side, and is reportedly trying to negotiate its own skinny bundle with networks again. With 4K TVs plummeting in price, and streaming companies like Netflix, Amazon and YouTube offering 4K and HDR, not having Ultra HD is not an option for Apple TV. What will be more important is what Apple can offer around that, including apps, contents and the interface design.

In this article: 4K, apple, AppleTV, av, gear, Roku, Streaming, WWDC17
All products recommended by Engadget are selected by our editorial team, independent of our parent company. Some of our stories include affiliate links. If you buy something through one of these links, we may earn an affiliate commission.