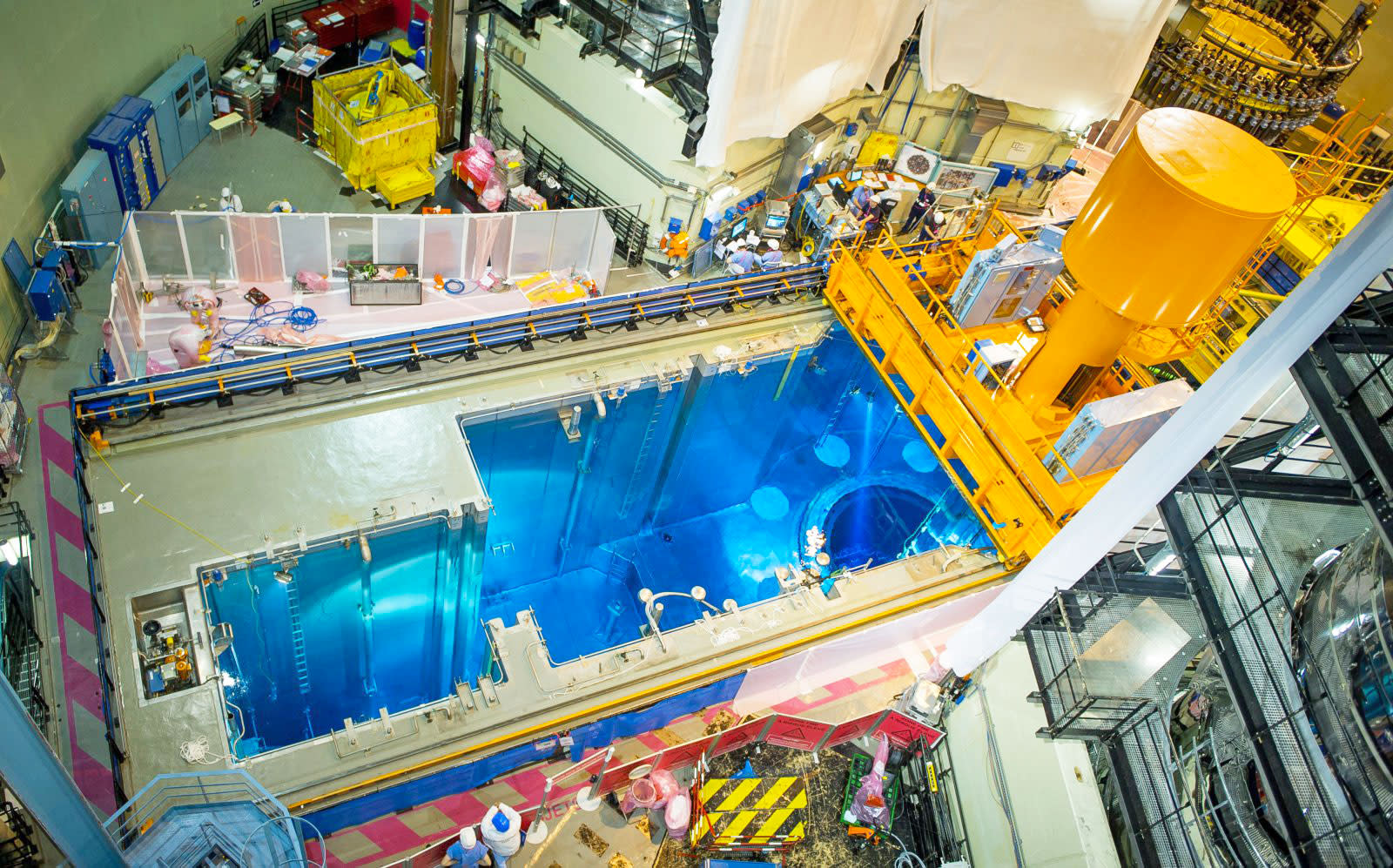 Climate change is such an urgent issue that despite problems with radioactive waste, nuclear power is once again viable until renewable solutions like solar and wind are more widely adopted. The ocean is a good source of uranium fuel, but it exists in such small quantities that extracting it hasn't been economically feasible. However, Stanford researchers have developed a new technique that can capture up to three times more, meaning we might soon get a new source of uranium that could help keep CO2 in check.

A surprising amount of uranium exists in the ocean in the form of positively charged uranyl ions (no jokes please). The total is estimated at 4.5 billion tons, enough to power current plants for around 6 millenia. However, there's only around a grain of salt per quart (three parts per billion) and so far, it's been too time-consuming and expensive to extract it in decent quantities.

The best way to get uranium out of salt water is to dip plastic fibers coated with an organic chemical called amidoxime into seawater. The uranyl ions stick to the amidoxime, and can later be extracted and refined into uranium fuel. The key to its practicality is how quickly ions can be capture, how much sticks and how often the fibers can be reused. The Stanford team came up with a conductive hybrid carbon and amidoxime fiber prototype that's better in all three of those areas. By sending electric pulses down the fiber, it was able to absorb up to nine times as much uranyl as previous fibers without becoming saturated. Over an 11-hour test at Half Moon Bay, the team captured three times as much uranium and the fibers had thrice the lifespan of standard amidoxime.

In 2012, a Japanese team estimated that their seawater extraction technique, using previous tech, could be developed for about $300 per kilogram. That was about three times the commercial price at that point, but right now, the price is around half of that. "We have a lot of work to do still, but these are big steps toward practicality," said the paper's co-author, Li Cui. "For much of this century, some fraction of our electricity will need to come from sources that we can turn on and off. I believe nuclear power should be part of that mix."

In this article: Extraction, green, Mining, Nuclear, Ocean, science, StanfordUniversity, Uranium, Uranyl
All products recommended by Engadget are selected by our editorial team, independent of our parent company. Some of our stories include affiliate links. If you buy something through one of these links, we may earn an affiliate commission.