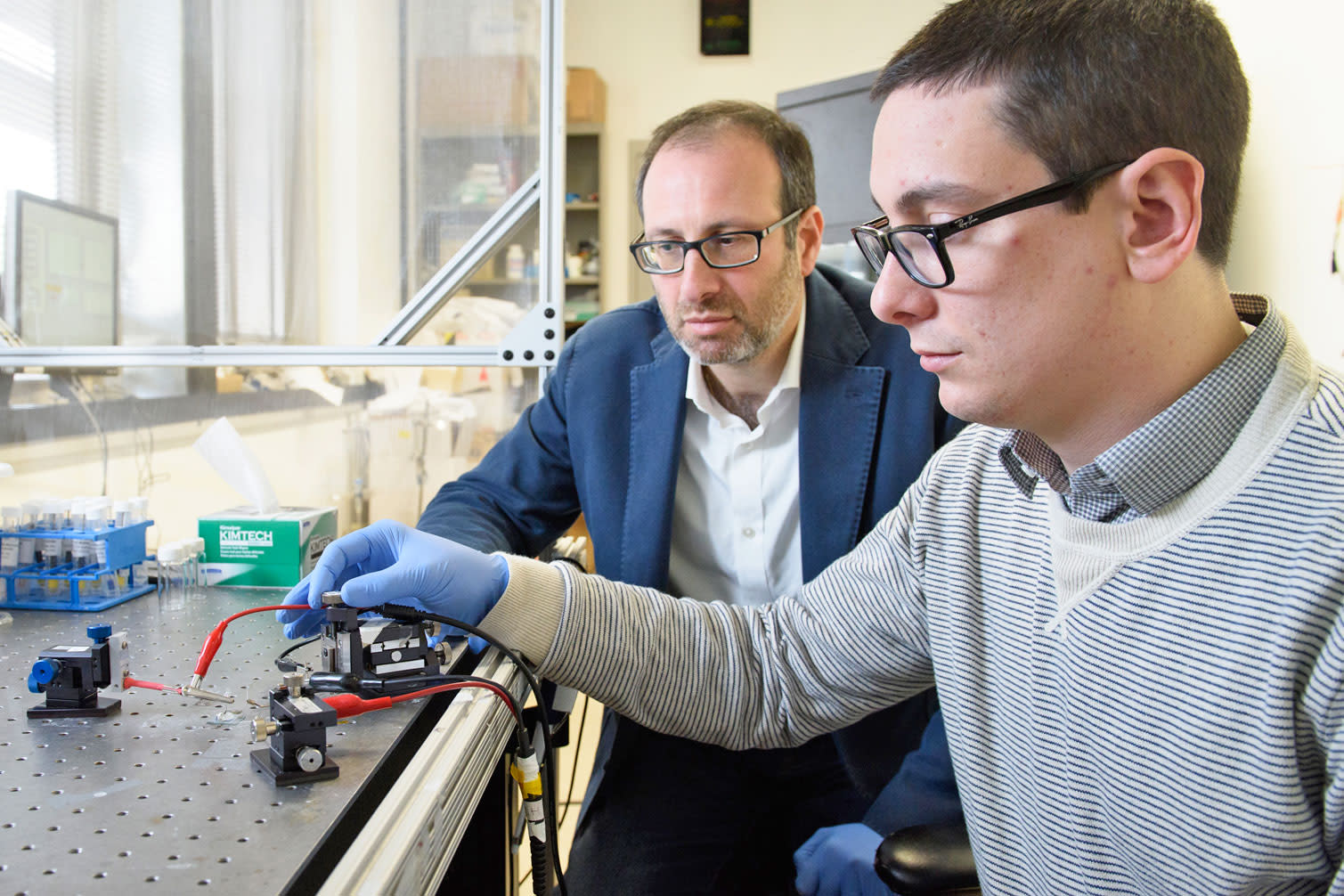 If you're going to craft brain-like computers, it stands to reason that you'd want to replicate brain-like behavior right down to the smallest elements, doesn't it? Sure enough, researchers have managed just that. They've developed an artificial synapse that imitates the real thing by both learning and remembering whenever electrical signals cross -- most previous attempts at this can only manage one action at a time. You only have to discharge and recharge the synapse at specific voltages to program it, and it promises to be far more power-efficient than conventional approaches to brain-like operation.

The battery-like hardware is built from two flexible films whose terminals are linked by a salty water electrolyte. It behaves like a transistor, with one terminal regulating the electricity flowing between two others. While it's not exactly natural, it's largely made out of carbon and hydrogen, and should be compatible with a real brain's chemistry -- the voltages are even the same as those that go through real neurons.

The ultimate aim is to create neural networks that exhibit more of the properties of their fleshy equivalents, and they've achieved some degree of success. There's only one synapse so far, but the team has shown that a simulated array of them could accomplish real computing tasks with a high degree of accuracy: the network could recognize handwritten numbers after training on three data sets. The biggest challenge is shrinking the synapse so that it achieves true synapse-like efficiency (they're still using 10,000 times more energy than a real synapse needs to fire). If scientists can get anywhere close to that, though, you could see neural networks that are not only low-power, but are safe enough to interact with real biology -- think AI-driven implants.

In this article: ai, artificialintelligence, neuralnetwork, personal computing, personalcomputing, robots, science, stanford, synapse, tue
All products recommended by Engadget are selected by our editorial team, independent of our parent company. Some of our stories include affiliate links. If you buy something through one of these links, we may earn an affiliate commission.