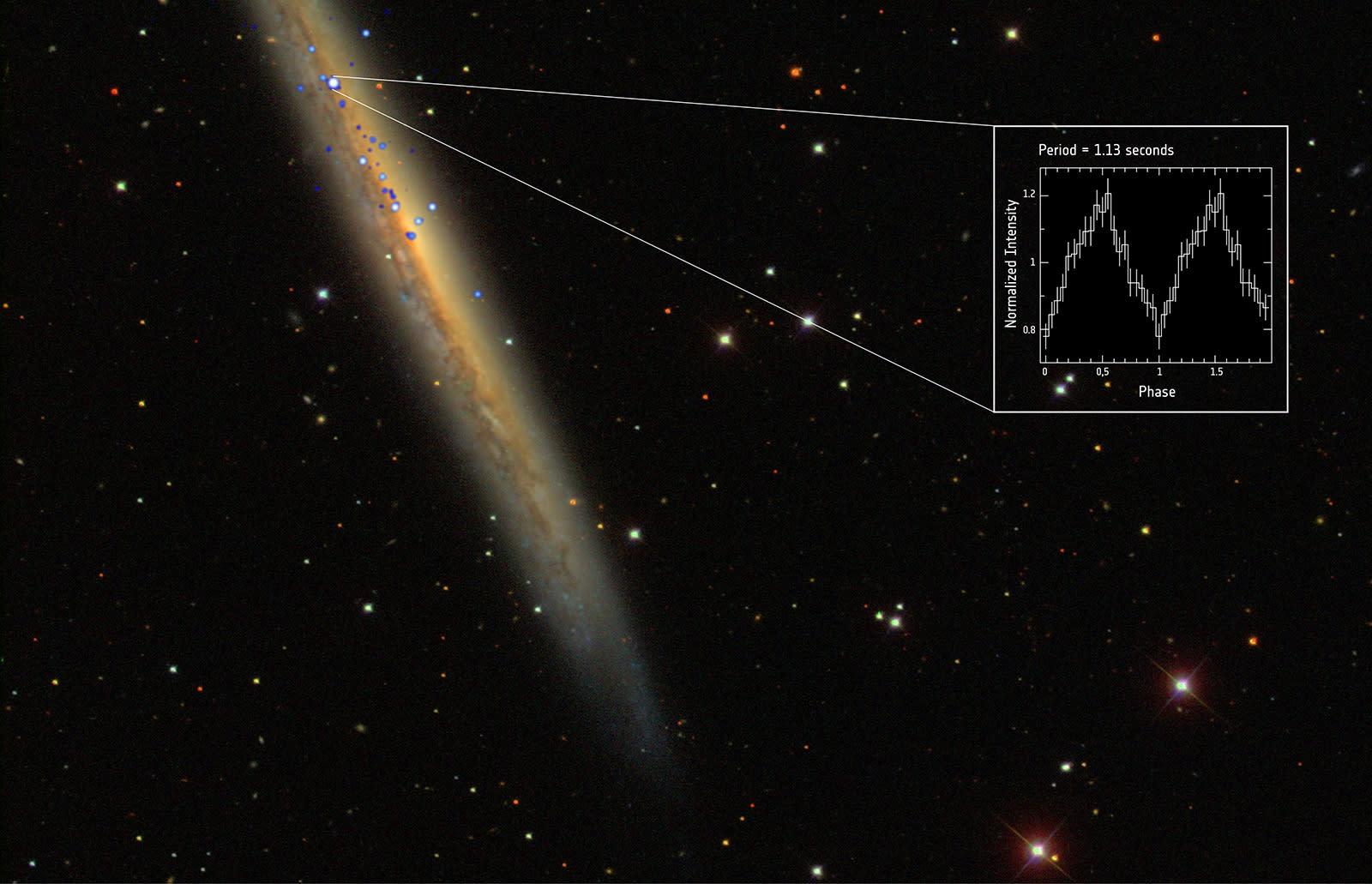 The European Space Agency's XMM-Newton X-ray observatory discovered a pulsar that's a thousand times brighter than researchers had previously thought possible. Officially dubbed NGC 5907 X-1, the pulsar is 10 times brighter than the previous record holder. This means that in one second it puts out the same amount of energy our Sun releases during the course of 3.5 years. The pulsar, or spinning remains of what used to be a massive star, is also the furthest ever observed. Its light traveled 50 million light years before the spacecraft noticed it.

The ESA says XMM-Newton observed the pulsar several times over the course of 13 years and the discovery resulted form a combination of combing through its archives and the NGC 5907 X-1's pulses every 1.13 seconds. Researchers say that before now, it was thought that only black holes 10 times the size of the Sun could achieve this brightness, but the regular pulsations and the fact that this object is made up of star remains proves otherwise.

This pulsar's spin rate has also changed over the course of several years. NGC 5907 X-1 sped up from 1.43 seconds in 2003 to 1.13 seconds in 2014 based on archived data. The change isn't uncommon, but researchers say it was likely caused by the pulsar rapidly consuming matter from another object. The discovery is also causing scientists to reconsider how they classify and observe stars that are so bright.

"This object is really challenging our current understanding of the 'accretion' process for high-luminosity stars," said Gian Luca Israel, a scientist from INAF-Osservatorio Astronomica di Roma, Italy. "It is 1000 times more luminous than the maximum thought possible for an accreting neutron star, so something else is needed in our models in order to account for the enormous amount of energy released by the object."

In this article: esa, pulsar, science, space, star, xmm-newton
All products recommended by Engadget are selected by our editorial team, independent of our parent company. Some of our stories include affiliate links. If you buy something through one of these links, we may earn an affiliate commission.