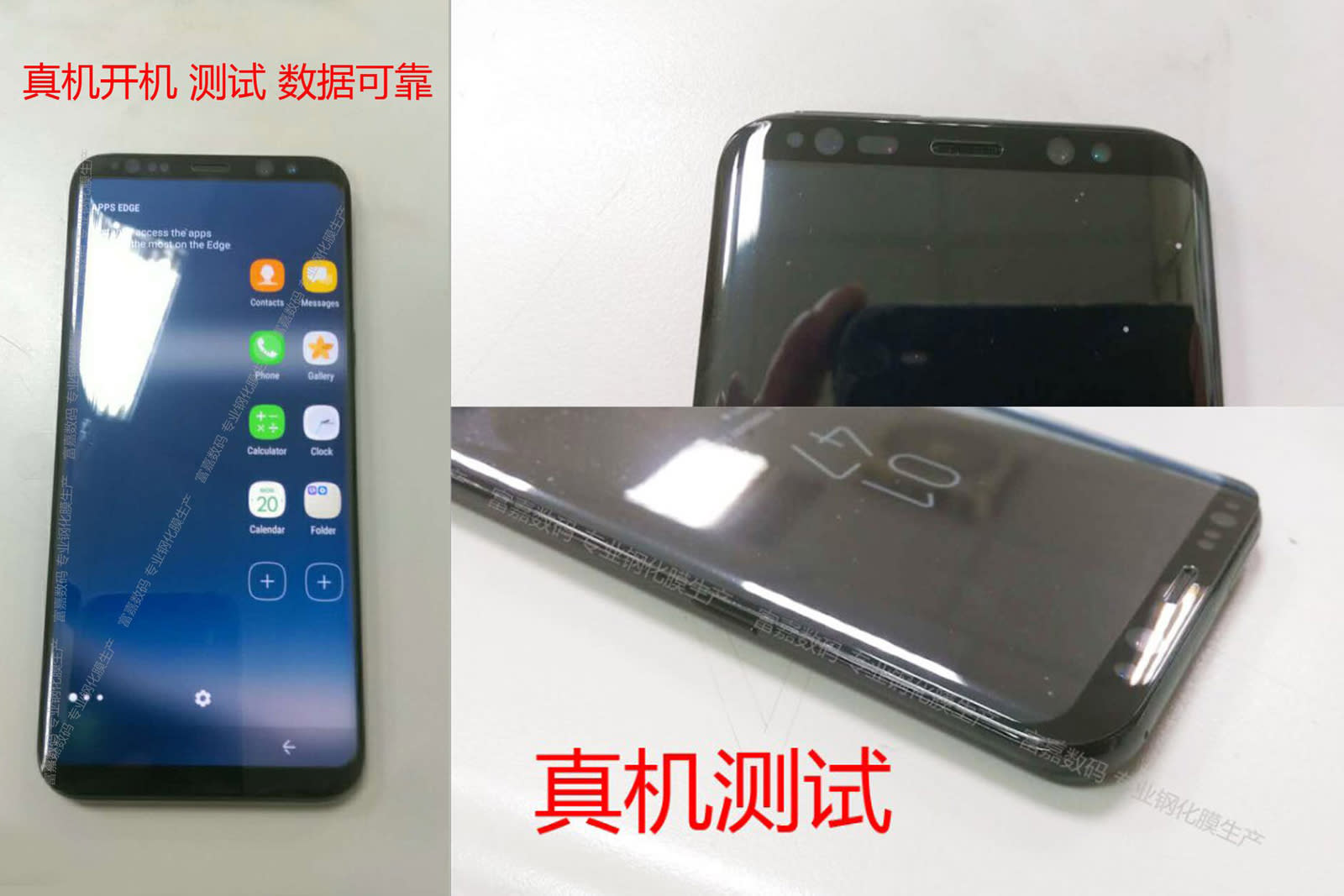 There have been supposed peeks at Samsung's Galaxy S8 before, but always with the screen off. How is that near bezel-free design going to work, exactly? We might have a better idea. Photos have emerged that appear to show a functioning S8, including a brief look at the home screen. Sure enough, the phone would have both the Edge sidebar and on-screen navigation keys that mimic the layout of Samsung's physical buttons -- like it or not, the "back" button would be on the right by default. We're not completely convinced this is the real deal (it's coming from a screen protector manufacturer), but there's evidence that it checks out.

In addition to lining up with earlier shots, the images come just as Android Police has obtained a system dump (ostensibly from the unannounced Galaxy Tab S3) with illustrations that show the S8's basic outline and on-screen keys. Sure enough, these line up with what you see in the photos above. They also reference a "DeX" dock that would turn your S8 into a makeshift PC, much like Microsoft's Continuum. All told, this new Galaxy is looking like a serious revamp -- let's just hope it works well in practice.

In this article: android, dex, galaxys8, gear, leak, mobile, samsung, smartphone
All products recommended by Engadget are selected by our editorial team, independent of our parent company. Some of our stories include affiliate links. If you buy something through one of these links, we may earn an affiliate commission.