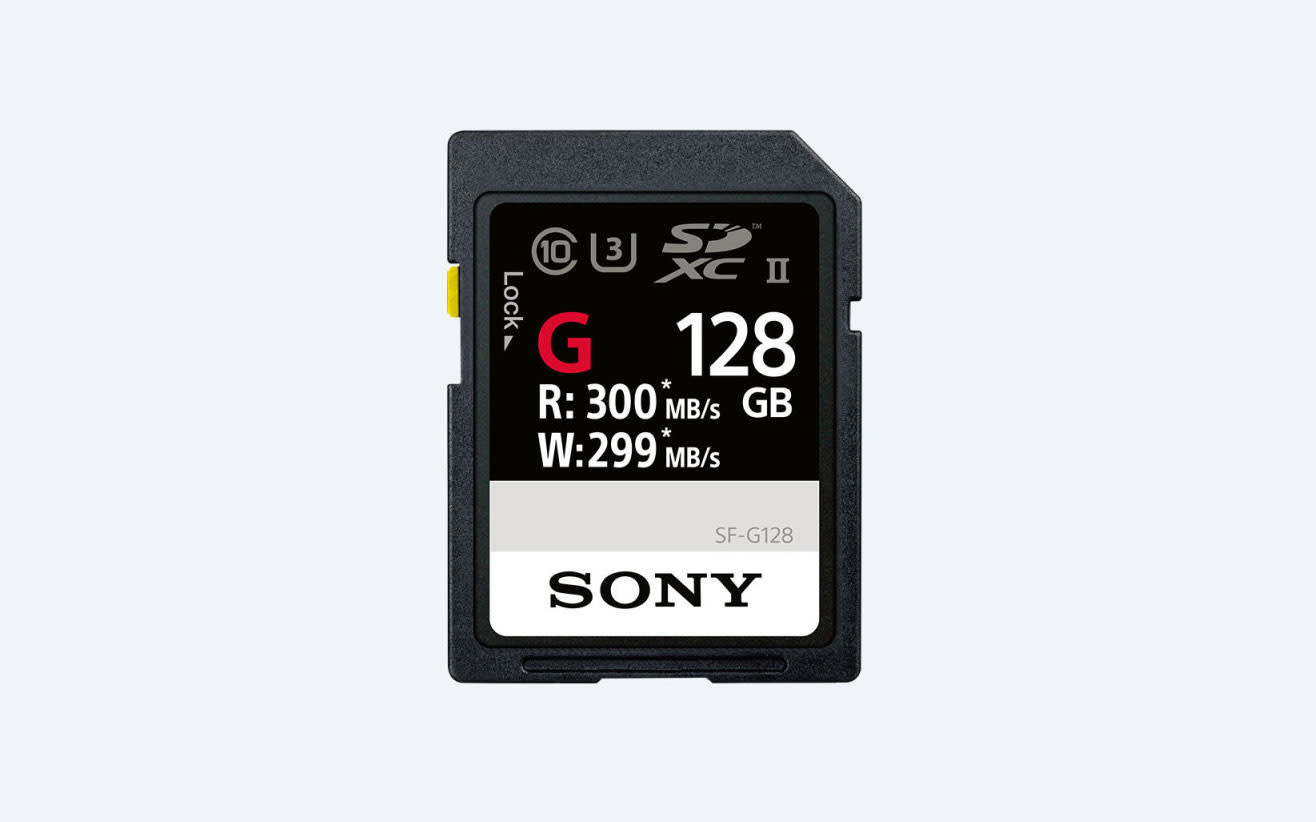 Sony's upcoming SF-G series of SD cards will be available this spring, the company announced today. When that time comes, Sony said they "will be the world's fastest SD cards." Boasting a maximum write speed of 299 MB/s, that claim is right on point.

The cards (available in 32GB, 64GB, and 128GB sizes) also have a slightly higher top read speed of 300 MB/s. Speed is a priority, so the cards also support the UHS-II interface, which adds a second row of connecting pins to the card for increased transfer rates on compatible hardware. More than any card before it, the SF-G series will be able to handle quick-shooting cameras smoothly, as well as capturing 4K video and other technically demanding uses.

To fully take advantage of the tremendous speed, Sony also revealed it will offer a specialized card reader so users can quickly transfer files to and from their computers. The SF-G series will take good care of your files, too. In addition to being compatible with Sony's file rescue software, these SD's are also waterproof, temperature resistant, shockproof and X-Ray proof.

Sony has yet to announce the pricing for these cards, but the 32GB version of the aforementioned SanDisk card sells for about $60. The SF-G cards are technically superior, though, so expect them to retail for a bit more than that.

In this article: 4k, 4kVideo, amazon, camera, cameras, gear, lexar, memory, MemoryCard, personal computing, personalcomputing, photography, sandisk, SdCard, sony, uhs-II
All products recommended by Engadget are selected by our editorial team, independent of our parent company. Some of our stories include affiliate links. If you buy something through one of these links, we may earn an affiliate commission.