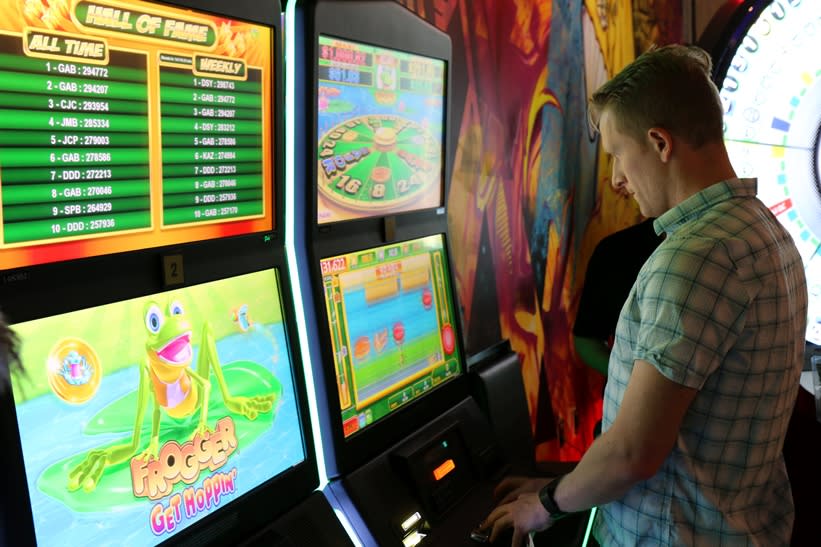 Konami has launched a version of Frogger that's suitable for gambling, which is now available to play in a casino. Frogger: Get Hoppin' is a skill-based title that enables players to wager money in exchange for testing their reflexes in the game. It's the first of its kind that's been authorized by Nevada's gambling commission in the hope of creating a new generation of gamblers.

Fruit machines aren't the most exciting things, after all, since you're basically pumping coins into a random number generator with pre-programmed odds. That's not enough to draw millennial crowds, which is why the MGM Grand opened Level Up, a gamer-friendly lounge at its Vegas-based casino.

Late last year, Nevada's gaming control board opened up its regulations to allow businesses to test new gambling methods. This procedure, titled the New Innovation Beta, has enabled companies like Konami to test out machines that blend skill and luck. The Frogger machine was showcased across the weekend of February 18th and is now available to play with a $2 minimum wager and the chance to win "true skill-based cash awards."

Should Frogger: Get Hoppin' become a success, expect plenty more gamer-friendly skill games to make their way into circulation. Although no matter how skillful a player you may be, it's probably best to remember that the house will always win in the end.

In this article: av, Casino, Frogger, FroggerGetHoppin, Gambling, gaming, Konami, LasVegas, MGMGrand, Paradise
All products recommended by Engadget are selected by our editorial team, independent of our parent company. Some of our stories include affiliate links. If you buy something through one of these links, we may earn an affiliate commission.