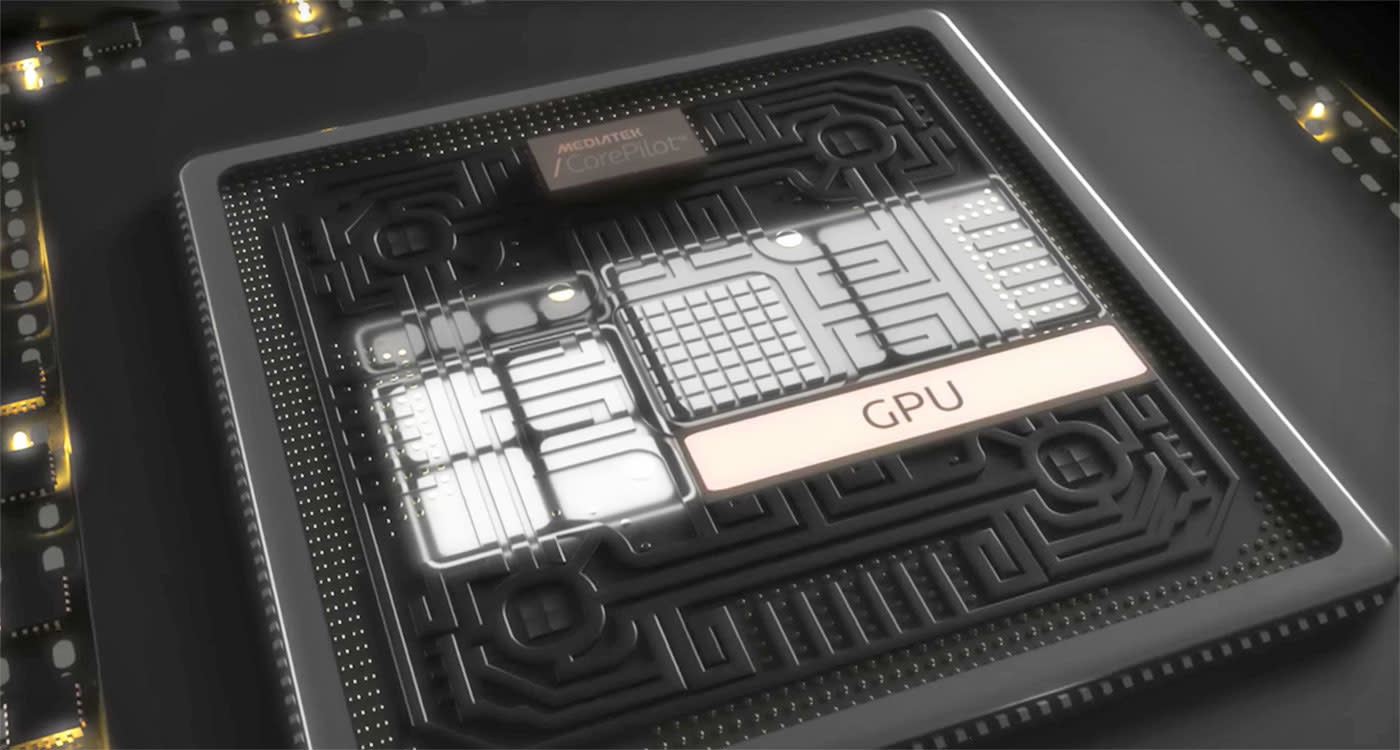 MediaTek's first 10-core chips, the Helio X20 and X25, didn't exactly storm the smartphone market last year, but the company isn't ready to give up just yet. Following MediaTek's initial announcement back in September, the new 10-core Helio X30 is now finally entering mass production, with the first devices expected to arrive some time in Q2 this year. For those who aren't already familiar with this piece of silicon, the X30 is MediaTek's first move into 10nm fabrication, allowing it to join the likes of Qualcomm's Snapdragon 835 and Samsung's Exynos 9 Series 8895.

Even though the Helio X30 will most likely be landing on premium mid-range devices, it's certainly no slouch. Its Tri-Cluster architecture consists of two powerful Cortex-A73 cores clocked at 2.5GHz, four mid-range Cortex-A53 cores at 2.2GHz and four battery-friendly Cortex-A35 cores at 1.9GHz. There's also an 800MHz PowerVR Series7XT Plus GPU (GT7400 Plus), which claims to deliver 2.4 times more graphical power than the 780MHz Mali-T880 MP4 on the X20.

On the radio side, the X30 comes with a Cat 10 LTE world mode modem, meaning it's capable of 450 Mbps downlink using tri-band carrier aggregation, and 150 Mbps uplink using dual-band carrier aggregation. It may sound less appealing than the Gigabit connectivity offered by the latest flagship chips from Qualcomm and Samsung, but then again, good luck finding a carrier that supports it.

MediaTek claims the X30 is 35 percent more powerful than its predecessor, but since it's based on a 10nm process instead of the old 20nm, it's said to offer power savings of over 50 percent. We'll believe it when we see it. Perhaps what's more important for the company is timing: With the X30 being the company's very first chip to use this new fabrication process, MediaTek will need to give smartphone makers ample time to thoroughly test the first batch of chips.

In this article: 10nm, chipset, deca-core, gear, GT7400Plus, heliox30, mediatek, mobile, mwc2017, powervr, processor, Series7XT, soc, tsmc, video
All products recommended by Engadget are selected by our editorial team, independent of our parent company. Some of our stories include affiliate links. If you buy something through one of these links, we may earn an affiliate commission.