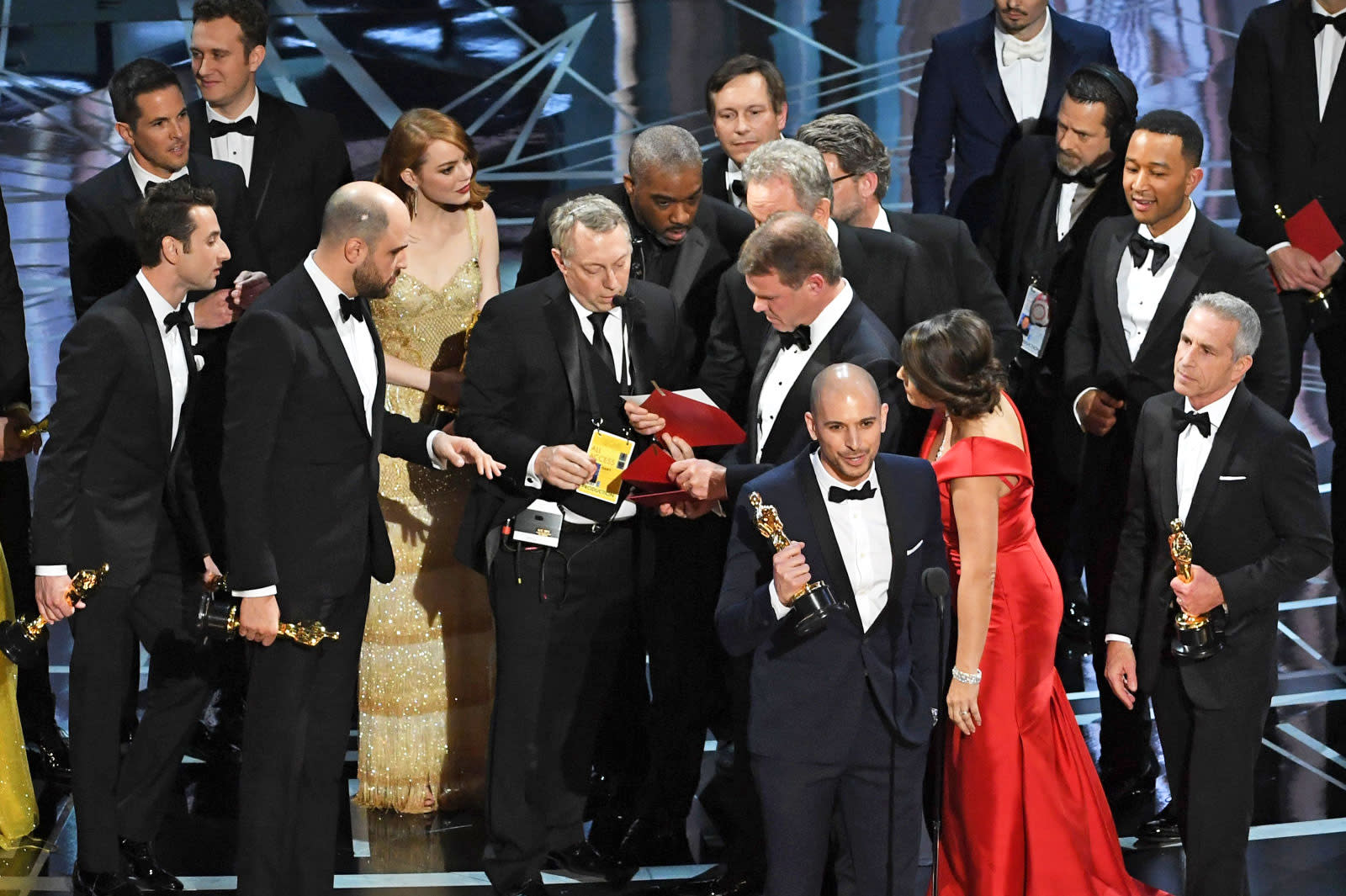 Was that 'Moonlight' Oscar mix-up caused by a tweet?

Dude, you had one job.

By now, you've probably seen the video from last night: Warren Beatty looking confused holding an envelope and card that didn't match what he expected, Faye Dunaway announcing the wrong winner, and, eventually, the cast and crew of Moonlight correctly accepting their Academy Award for Best Picture. What you may not know, is that the entire thing could be the result of distraction by tweet.

WATCH: Moment where crew/cast of 'La La Land' realizes a mistake had been made and 'Moonlight' actually won Best Picture. #Oscars pic.twitter.com/WCCopwsJ66

The Wall Street Journal posted this screengrab of a (now deleted) tweet by PricewaterhouseCoopers managing partner Brian Cullinan, showing Emma Stone backstage after accepting her award for Best Actress. The only problem? That picture was probably taken and posted around the time Cullinan should've been handing the Best Picture envelope to Beatty. In case you didn't know, there are two people at the Awards entrusted with both the envelopes and the knowledge of each winner. Cullinan is one, while his counterpart Martha Ruiz is the other, standing on the opposite side of the stage so they can each be ready to hand presenters the correct information and prevent any mix-ups. The envelope announcing Stone's award came from Ruiz, and somehow, Beatty was given its duplicate, instead of the one announcing the winner for Best Picture. PricewaterhouseCoopers tweeted last night that it's "investigating" how this could happen, and confirmed to USA Today that Cullinan gave Beatty the wrong envelop. There's no official judgment yet, but anyone who has been caught chasing likes and RTs on social media while they should've been paying attention to things like wedding vows, graduations or driving can figure this one out.

Update: PricewaterhouseCoopers has issued another apology (along with one from The Academy itself), taking all blame away from the presenters and... then dumping it on Ruiz and Cullinan. According to the statement tweeted out, "Once the error occurred, protocols for correcting it were not followed through quickly enough by Mr. Cullinan or his partner." Ouch.