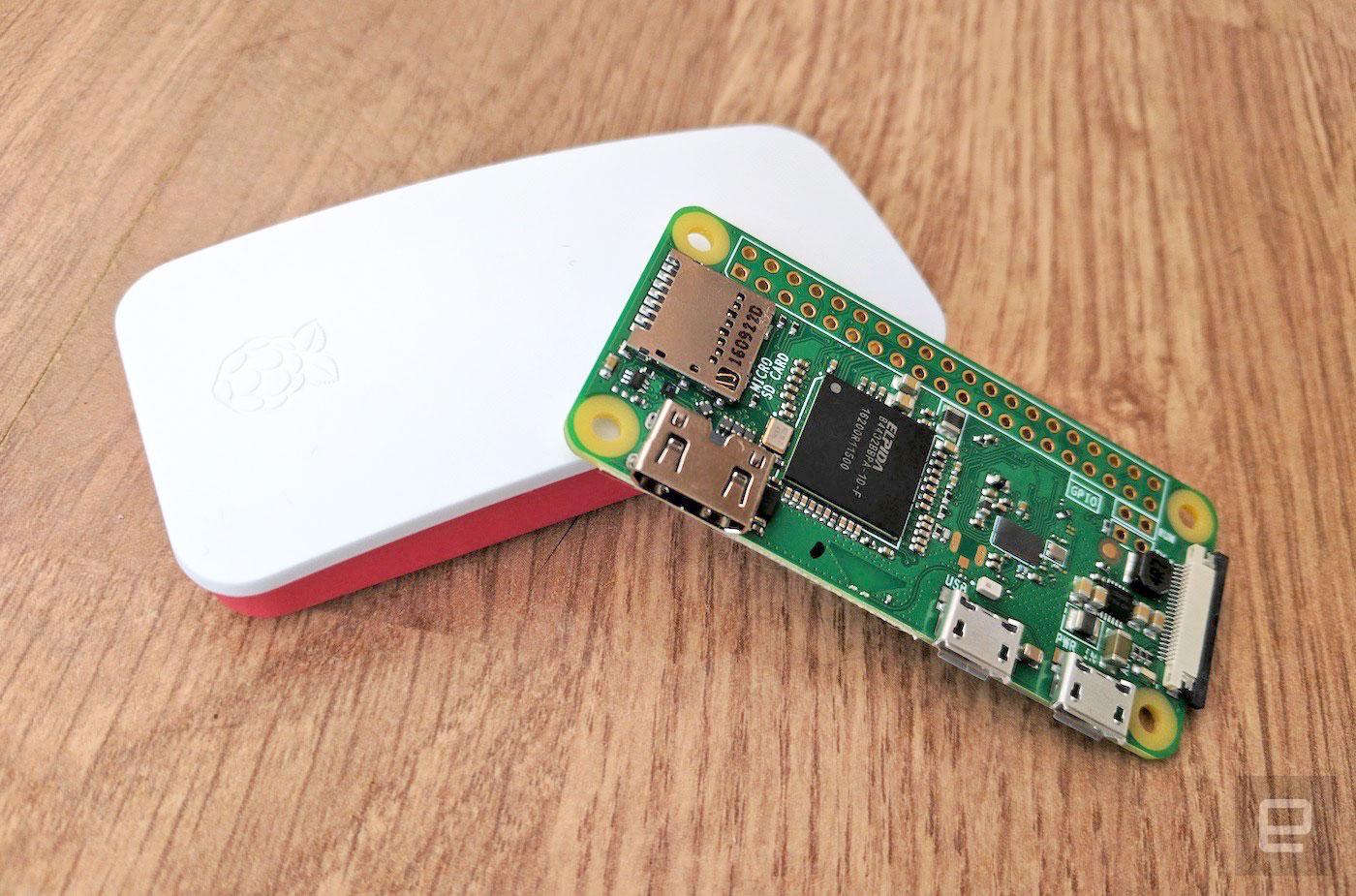 Although major Raspberry Pi announcements are very few and far between, you know that when there is one, it's worth paying attention. Take for example the Raspberry Pi Zero -- the $5 (£4) board that apparently came out of nowhere in October 2015 and offered 40 percent more computing power than the original Pi. It's been a year since the last major unveiling, when we met the Raspberry Pi 3, but the Foundation is back today with a brand new product that nestles neatly between its credit-card sized computer and its flagship board. It's called the Raspberry Pi Zero W.

In the case of the Raspberry Pi Zero W, the W signifies exactly what is new: wireless connectivity. It boasts exactly the same specifications (1GHz single-core Broadcom BCM2835 CPU, 512MB of RAM, 40-pin header) as its predecessor but the Zero W adds both 802.11n WiFi and Bluetooth 4.0 to the existing Zero design. If you had a cool idea for a low-cost maker project that was scuppered by the Zero's lack of wireless connectivity, now might be the time to revisit the idea.

The Zero W's new features do come at a cost, however. The Zero will stay at $5 (£4) but the Zero W is priced at $10 (£9.60) plus tax. The Raspberry Pi Foundation is also offering new injection-molded cases with interchangeable lids that are smaller versions of the official Raspberry Pi case that went on sale almost two years ago.

At $10 (£9.60), the Zero W is still fantastic value for money. Makers have already used the DIY board to create homemade security cameras and build their own retro gaming machines, but with WiFi and Bluetooth now on-board, those projects might become even easier to build and maintain.

In this article: board, DIY, gear, maker, personal computing, personalcomputing, raspberrypi, zerow
All products recommended by Engadget are selected by our editorial team, independent of our parent company. Some of our stories include affiliate links. If you buy something through one of these links, we may earn an affiliate commission.