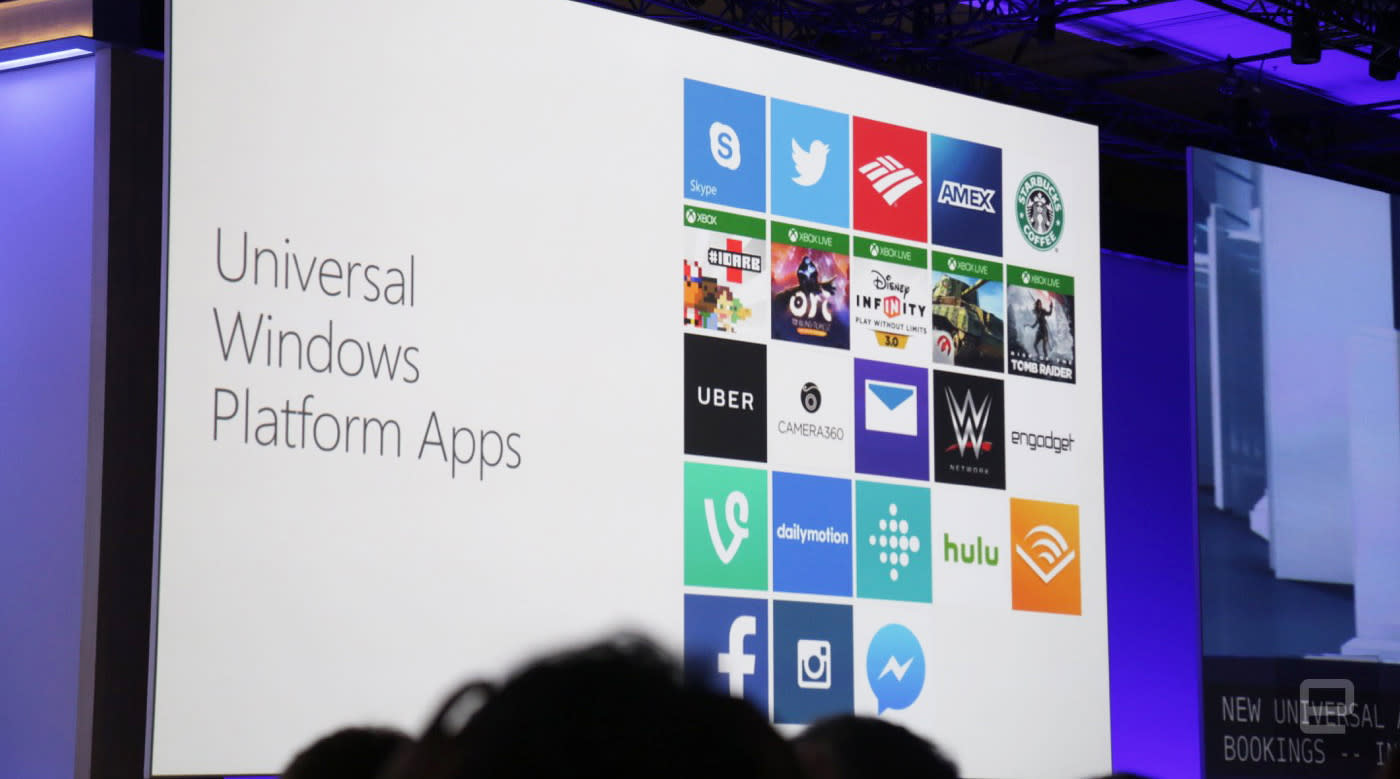 In its latest beta build of the Windows 10 Creators Update, Microsoft has slipped in a new feature that could make your PC either safer or more irritating, depending on your point of view. If you try to install a Win32 (desktop) app, it'll either pop up a warning that "the app you're installing isn't from the Windows Store" or completely block it, depending on the level of security you select. When enabled, you can still install Windows Store and Universal Windows Platform (UWP) apps with no warning.

The feature, noticed by Twitter user @vitorgrs (below) is disabled by default, so it won't bother you unless you search for it and turn it on. It might be incredibly annoying to power users, as it would block Photoshop, Firefox and other desktop apps. it could be a boon for your parents or grandparents, though, as it'll stop them from accidentally installing bloatware or other problematic apps.

Starting with 15042, you can block installation of Win32 apps on ANY edition. Even Enterprise. pic.twitter.com/MHzpBkNLE3

Microsoft already blocks unknown Windows 10 software from being installed with a message that "the publisher could not be verified." However, it's relatively easy for bad actors to get around that and users can just bypass the error message.

With the new security settings, Windows 10 blocks any app that isn't in the Windows Store, whether it's a UWP or desktop app (Microsoft only recently allowed third-party desktop apps in the Windows Store). That means its policy will be very similar to Mac's OS X, which makes you jump through hoops to install non-App Store software.

Microsoft is reportedly testing a "Windows Cloud" service that's basically a Chrome OS-like version of Windows 10. The software giant may eventually offer it for free or at a discount to try to claw back hordes of educators and other uses that have switched to Google's OS. If the rumors are right, that new OS doesn't allow you to install regular Windows apps either, but it's apparently not the same thing as with the new Windows 10 Creators Update feature.

In this article: Block, DesktopApps, gear, microsoft, personal computing, personalcomputing, UWP, Win32, Windows10, WindowsStore
All products recommended by Engadget are selected by our editorial team, independent of our parent company. Some of our stories include affiliate links. If you buy something through one of these links, we may earn an affiliate commission.