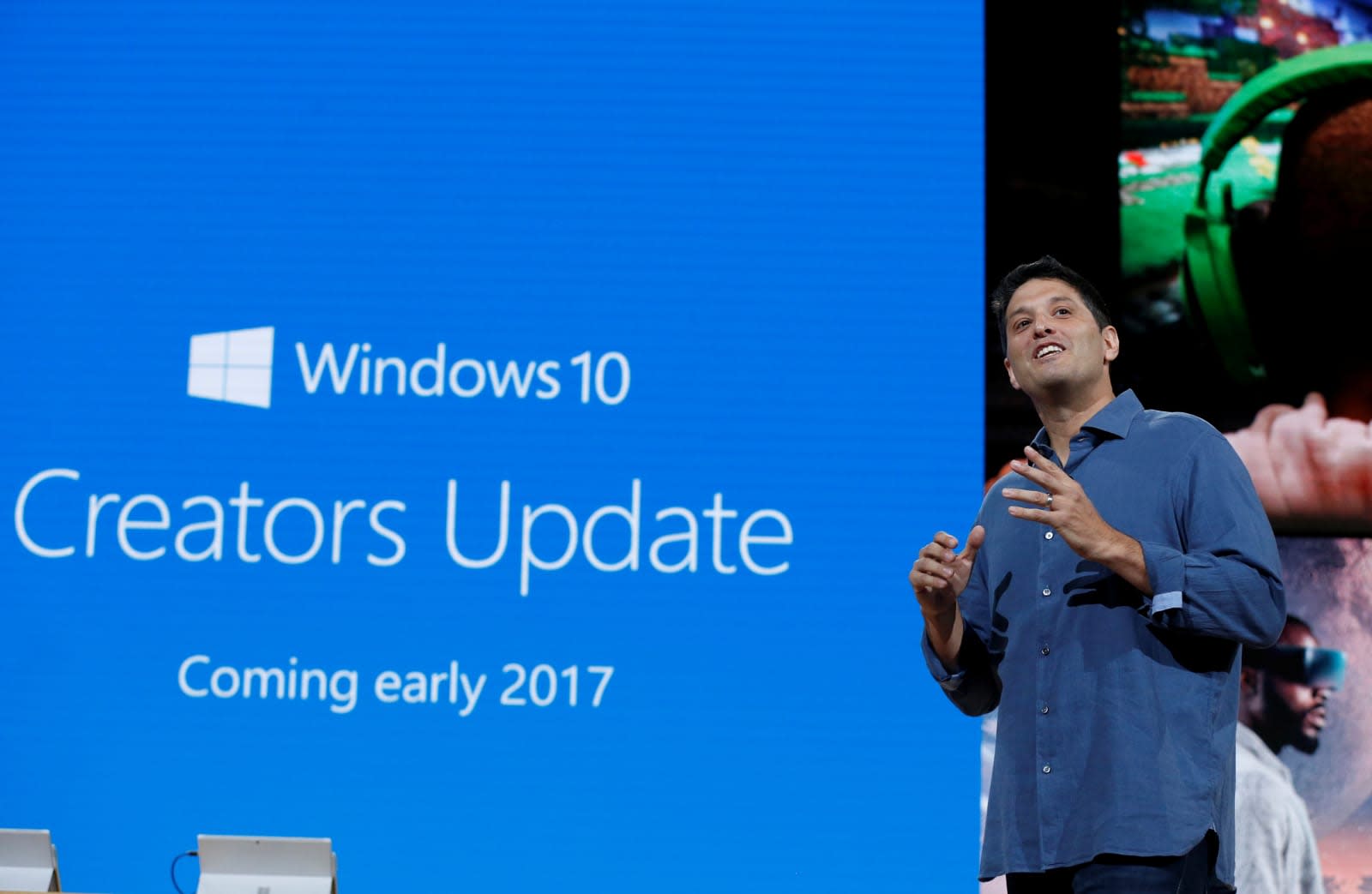 Fans of Windows and snappy downloads will be relieved to learn that Microsoft's Unified Update Platform, which has been rolling out to Windows Insiders since November, will be available to all retail users starting with the release of the Creators Update coming later this spring. In addition to those very handy snooze and schedule features, the UUP significantly shrinks the size of future updates by saving users the trouble of downloading an entire build of their operating system.

That feature is called differential download packages, which is a technical term for "only downloads what you need." A differential download looks at the files already on your system and uses them to rebuild the new OS version from there. It sounds simple, but as Microsoft's Laura Butler points out, it's no easy task given the decades of legacy code and patches. For a major release like the Creators Update, you'll still need to download a full build, but the next feature update after that should be significantly smaller -- about 35 percent smaller on average, according to Microsoft's Director of Program Management Bill Karagounis. For Windows Insiders those downloads should be even smaller, but it's a bit of a trade-off since those systems get hit with more frequent updates.

In this article: creatorsupdate, gear, microsoft, personal computing, personalcomputing, unifiedupdateplatform, UUP, windows, windows10
All products recommended by Engadget are selected by our editorial team, independent of our parent company. Some of our stories include affiliate links. If you buy something through one of these links, we may earn an affiliate commission.