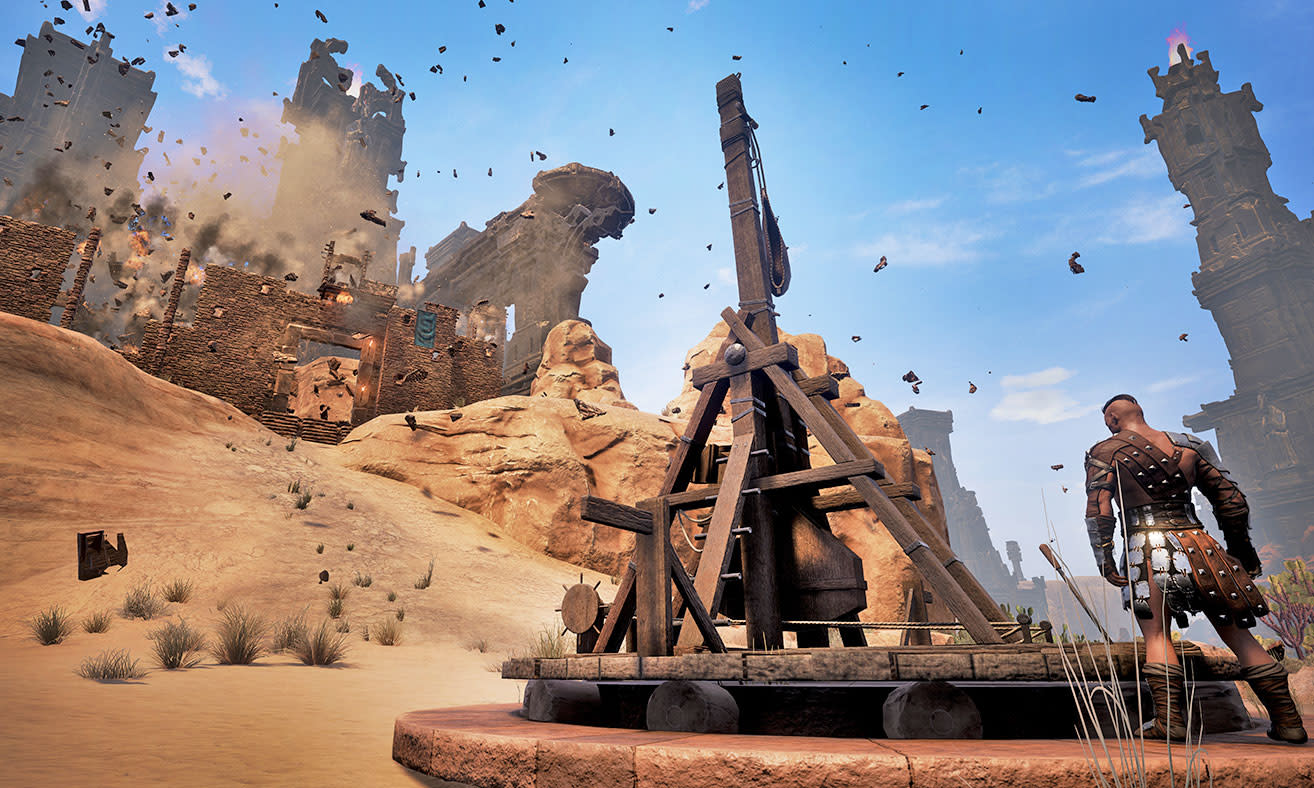 It's easy to disassociate game developers from the success or failure of their titles. The average gamer might not notice if a company's most recent releases aren't selling well, and would be none the wiser if one of their favorite companies was teetering on the edge of bankruptcy. That's where FunCom was before it decided to make Conan Exiles.

Despite the popularity of its previous Conan games, critical acclaim for titles like The Park and being the developer behind the LEGO Minifigures Online MMO, the company was hemorrhaging money. "We were basically loaning money from our investors for wages," FunCom creative director Joe Bylos told Engadget at GDC. "We were pretty close to bankruptcy." If its next game wasn't a hit, the company was done for.

Eventually, Conan Exiles would prove to be that game, but the company didn't choose to develop it lightly. First, it took to SteamSpy to see what kind of games reached the numbers it would need for FunCom to survive. The team discovered that if they made a survival game that was only moderately successful, the company would be able to climb out of debt. "These games sell a lot, but they're not that high quality." Bylos explained. "We could definitely hit that bar." The goal, Bylos says, was to build a survival game that felt a little more like The Elder Scrolls V: Skyrim. The company spent 13 months building the base game, releasing it on Steam Early Access in January. This early version of the game recouped the title's four-and-a-half-million-dollar development cost in less than a week. FunCom vice president of digital products Lawrence Poe expected the game to make back its investment, but not right away. "We had no idea about how quickly it would happen," he said. It was streamers that helped make the game a success. On some servers, both male and female character enter the game world stark naked and anatomically correct -- with body parts that flopped and bounced in the game's physics engine equally. Poe says he knew the company was going to be okay when he saw streamers "going bananas for the game." Who would have thought juvenile snickering could save a game company?

In this article: av, conan, conanexiles, funcom, gaming, gdc, gdc2017, videogames
All products recommended by Engadget are selected by our editorial team, independent of our parent company. Some of our stories include affiliate links. If you buy something through one of these links, we may earn an affiliate commission.