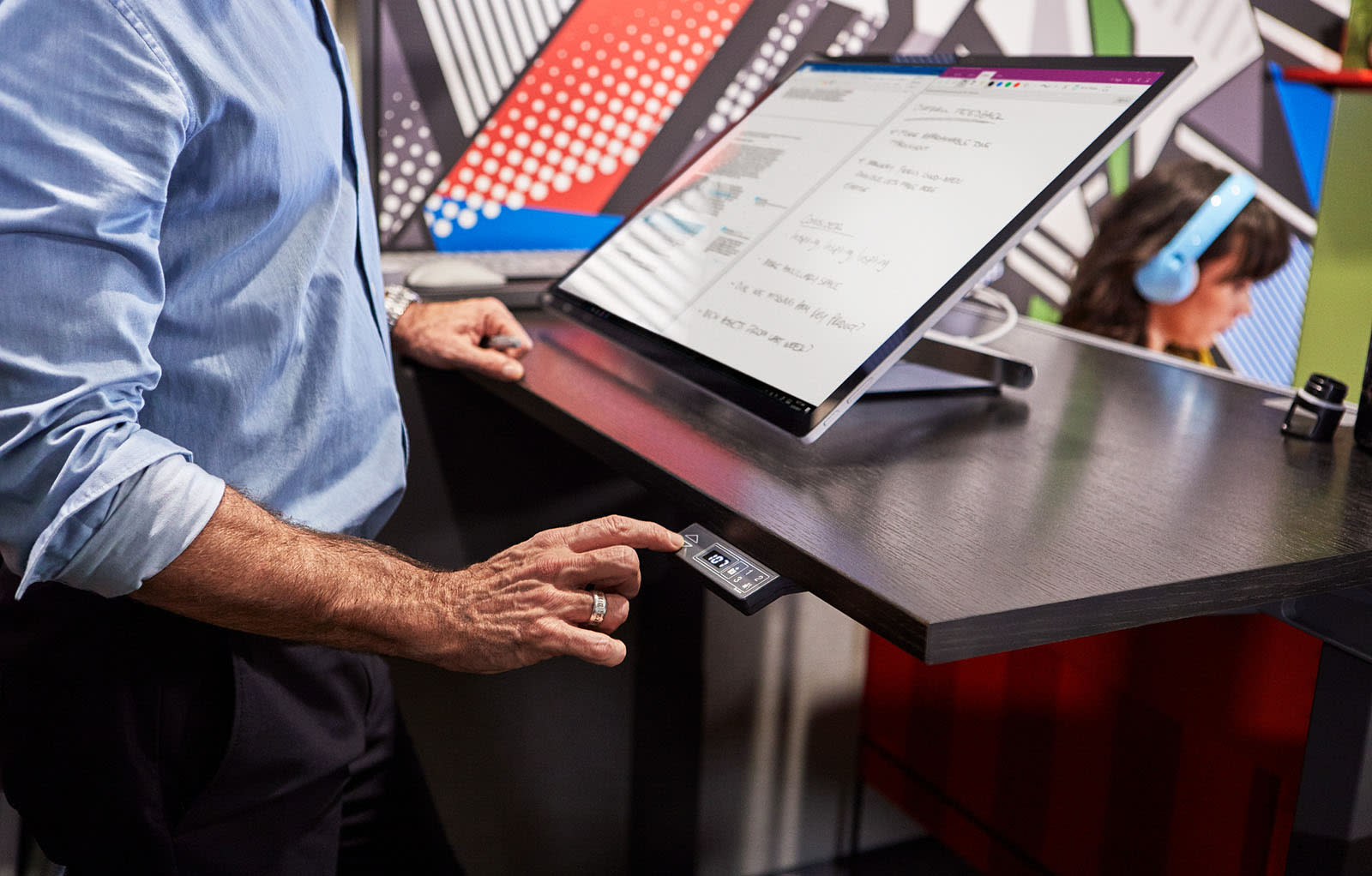 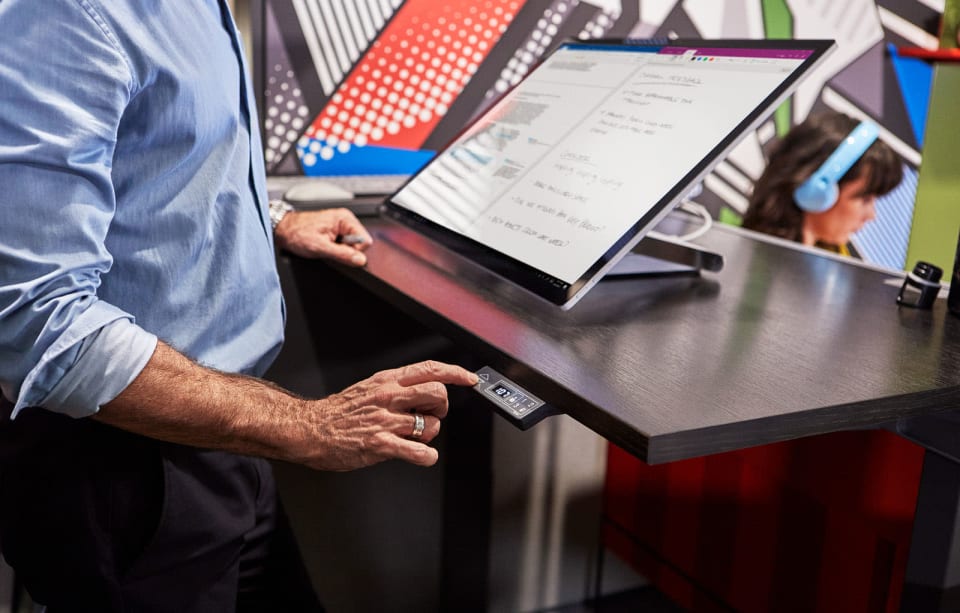 With the Surface Book, Surface Studio and other products, Microsoft has managed to attract graphics pros, designers and engineers, many used to working with Apple products. It's now taking the next logical step by expanding into workspace lifestyle concepts via a partnership with Steelcase. The two companies have unveiled "Creative Spaces," which are office furniture layout concepts optimized to work with Surface products.

There are five sets of new products. The "Focus Studio," designed with Microsoft's Surface Book and Surface Pro 4 in mind, gives workers "alone time to focus and get into flow, while also allowing quick shifts to two-person collaboration." Meanwhile, the "Duo Studio" lets designers work in pairs or individually via a Surface Studio all-in-one. It also includes a lounge area for creative review with others on the giant-screened Surface Hub, an interactive white board.

The "Ideation Hub" is also a conference-style space that lets colleagues work on ideas in person or remotely on the Surface Hub. "Maker Commons" is aimed a rapid prototyping "hackathon"-style teams to "encourage quick switching between conversation, experimentation and concentration," using a mix of devices like the Surface Hub and Surface Pro laptops. Finally, the "Respite Room" is a fully private space that lets you relax and think.

The companies see the new products as more than just desks, chairs and computers. "The problems people face at work today are much more complex than they used to be," says Steelcase VP of Strategy Sara Armbruster. "[We] will help organizations thoughtfully integrate place and technology to encourage creative behaviors at work." While that sounds a bit high-minded, Microsoft and Steelcase have studies to back it up. For instance, Microsoft found that most workers feel career advancement "depends on their ability to be creative," but few think their workplace fosters that creativity. "Most employees are still working with outdated technology and in places that are rooted in the past, which makes it difficult for them to work in new, creative ways," said one analyst in the press release.

The various Creative Spaces include Steelcase Products like the $1,000 Gesture Chair, Brody Worklounge and $1,500 AirTouch Table. The concepts (shown in the gallery above) have descriptions that sound like Silicon Valley satire, but they should allow businesses to create employee-friendly creative spaces without Google-sized interior design budgets.

It's not exactly clear if Microsoft's products are being offered in a package with Steelcase products as part of Creative Spaces. At any rate, you can now see them at the Steelcase WorkLife Center in New York, with more coming online soon in San Francisco, Munich, London and other cities. The companies haven't revealed any pricing, probably since it varies according to the desired configuration. Select Steelcase dealers will also start selling the pen-enabled Surface Hub, which costs $9,000 in the 55-inch version and $22,000 for the 84-inch model.

Update: The article originally said that the Creative Spaces are at Steelcase Worklife Centers in ten cities, but they're only on display at one in New York City right now. Microsoft says, however, that "more showrooms will be coming online soon."

In this article: Architecture, business, culture, gear, microsoft, OfficeFurniture, Steelcase, Surface, SurfaceStudio
All products recommended by Engadget are selected by our editorial team, independent of our parent company. Some of our stories include affiliate links. If you buy something through one of these links, we may earn an affiliate commission.