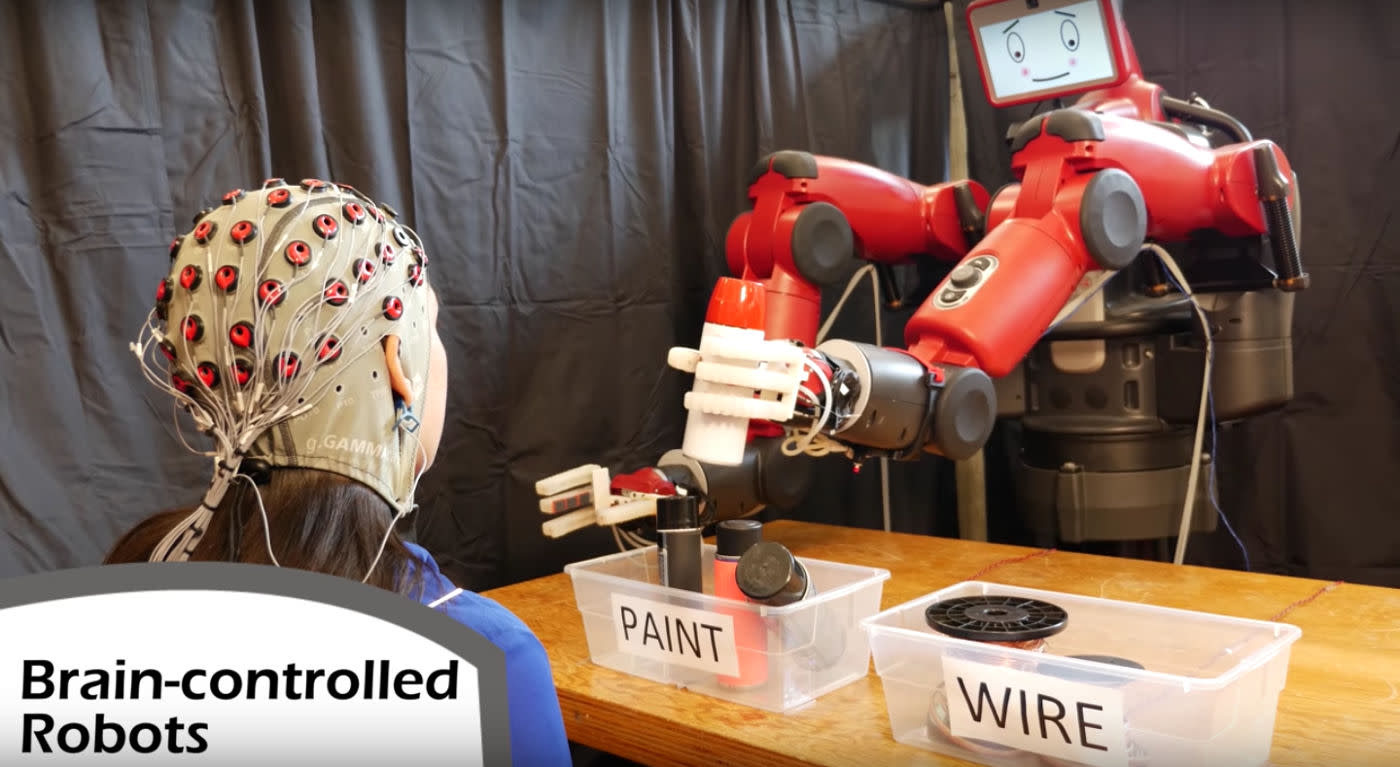 A team from MIT's Computer Science and Artificial Intelligence Laboratory (CSAIL) wanted robots to be a more natural extension of our bodies. See, you'd usually have to issue vocal or very specific mental commands to control machines. But the method the CSAIL team developed works simply by reading your brain and detecting if you've noticed an error as the robot performs its tasks.

You'd have to wear an EEG cap for the technique to work, since CSAIL's system needs to be able to read and record your brain activity. The machine-learning algorithms it created then classifies brain waves within 10 to 30 milliseconds, focusing on detecting "error-related potentials" or ErrPs. These are signals your brain generates when you spot a mistake. If you disagree with a robot's decision to, say, place a can of paint in a basket marked "wire," the system picks up on the ErrPs in your thoughts to correct the machine's course of action.

"As you watch the robot, all you have to do is mentally agree or disagree with what it is doing. You don't have to train yourself to think in a certain way -- the machine adapts to you, and not the other way around."

The team can also continue enhancing the system until it's able to handle more complex multiple-choice tasks, since ErrPs get stronger the bigger error is. Rus and her team believe the method would give us a greater ability to "supervise factory robots, driverless cars and other technologies we haven't even invented yet." To test their method, the scientists used a machine with two hands and a tablet face named "Baxter" from Rethink Robotics. You can watch them demo their system in the video below:

In this article: baxter, CSAIL, gear, mind-controlledrobots, MIT, rethinkrobotics, robots
All products recommended by Engadget are selected by our editorial team, independent of our parent company. Some of our stories include affiliate links. If you buy something through one of these links, we may earn an affiliate commission.