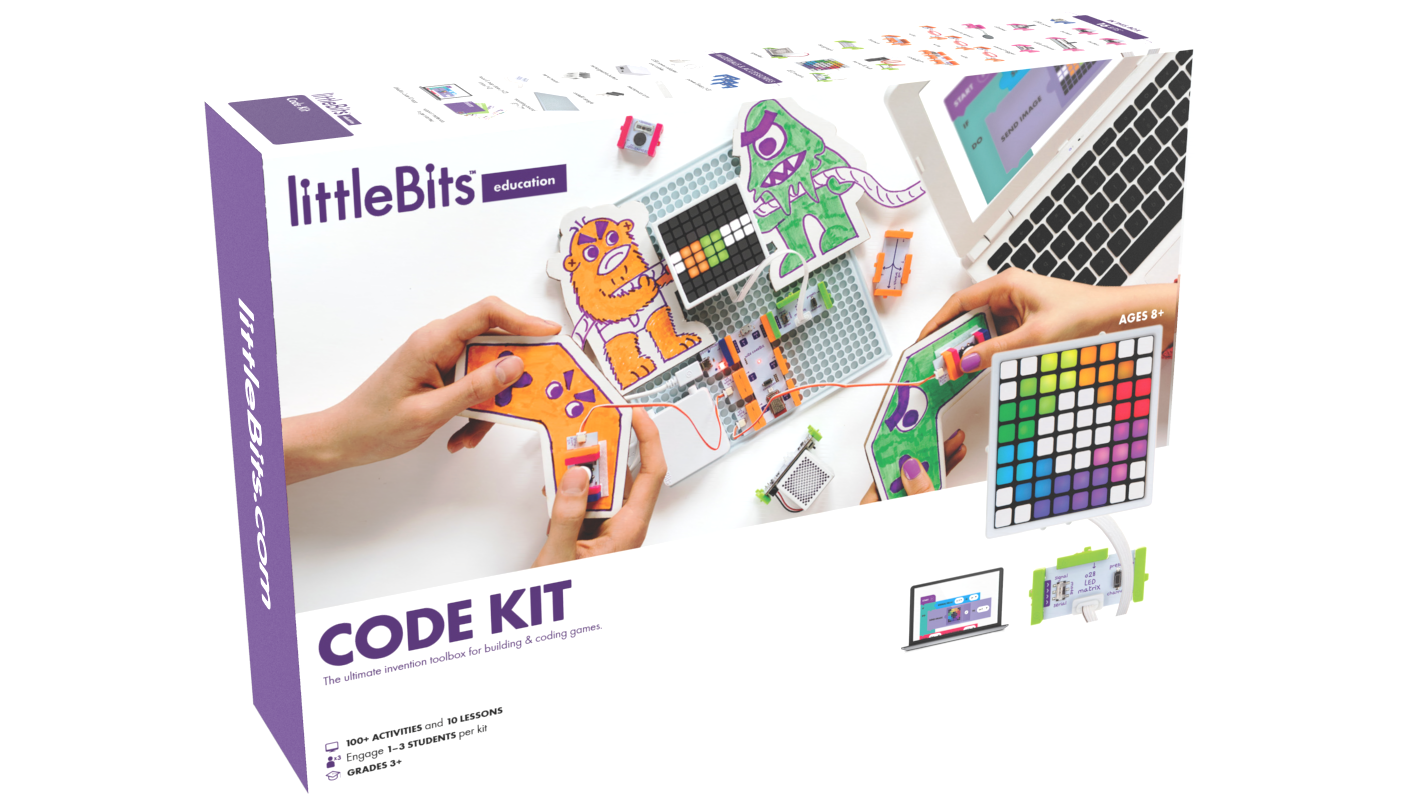 Thanks to a bigger push toward computer science education, there's been an influx of coding toys for kids in recent years. Even tech companies like Apple and Google have joined in with tools to get younger minds to embrace code. Now littleBits, the toy company behind magnetic build-your-own circuits, is getting in on the fun with a new product called littleBits Code Kit. The premise: build games, have fun and, hopefully, learn to code in the process. It will retail for $300 and hit store shelves by June.

Each littleBits Code Kit comes with 16 modular circuits, a codeBit, an LED matrix, a rechargeable battery and 30 different accessories. It ships with four game-based inventions: Tug-of-War, Ultimate Shootout, Hot Potato and Rockstar Guitar. As kids connect modular circuits to construct game, they also have to program certain actions to each building block with the littleBits Code Kit app. The block programming here is based on Google's Blockly, a drag-and-drop visual code editor that's suitably kid-friendly. And, as the kids become more proficient, they can come up with more creations beyond just the four that come in the box.

"It teaches the foundation of coding and engineering through physical hands-on games," said Dave Sharp, littleBits' product lead for the education market. "We're expanding the space that kids can invent in [...] For the past five years we've created this space of modular electronics and building blocks," said Sharp. "By fusing code with it, we're blowing it wide open."

The entire Code Kit project took 18 months and involved a team of over 12 educators. The idea is that teachers could also take these Code Kits and bring them into the classroom. They could build a curriculum and lesson plan around them, not just in computer science, but also in math or music. Indeed, Code Kit has over a 100 different activities and lessons for children in grades three through eight, and there'll even be a guide that lets educators import lessons into Google Docs.

"We have seen that the combination of games with the tactile experience of littleBits makes for an incredible experience," said Ayah Bdeir, founder and CEO of littleBits in a statement. "Kids are hyper-engaged, and it's because they are building something that they actually want to play with."

In this article: codekit, coding, gadgetry, gadgets, gear, kids, littlebits, programming
All products recommended by Engadget are selected by our editorial team, independent of our parent company. Some of our stories include affiliate links. If you buy something through one of these links, we may earn an affiliate commission.