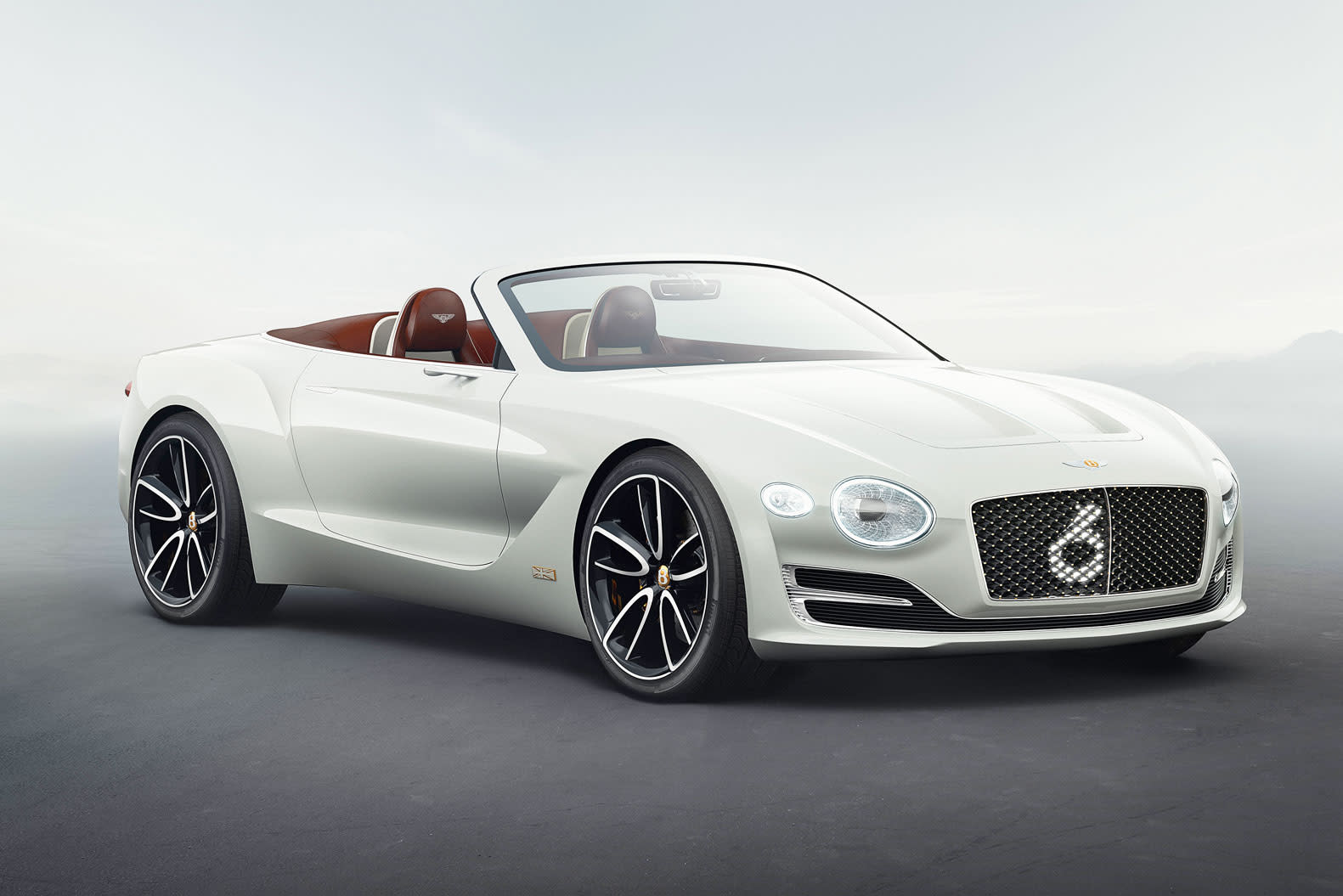 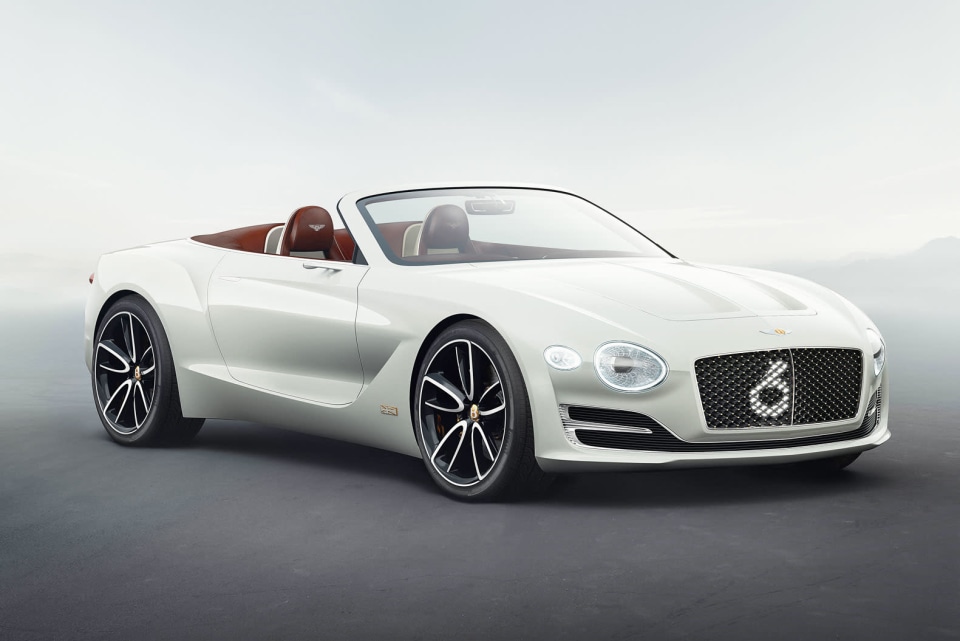 If you ever wanted a sign that the world is moving toward a greener future, you could find a big one at the Geneva Motor Show. Bentley, a company that makes enormous gas-guzzling vehicles for the one percent, surprised attendees with its first all-electric convertible, the EXP 12 Speed 6E Concept. Bentley has flirted with plug-in hybrids before, with one expected to launch in 2018, but this is the first "pure" vehicle it has made.

The 6e looks like pretty much like a Bentley, affirming a promise that company chairman Wolfgang Dürheimer told Bloomberg. The executive explained his desire to make an EV that doesn't "necessarily need to look like a refrigerator," adding that the cars can be "sexy" and "emotional." The company has also said that it is "committed" to producing an all-electric car in the future, and will listen to feedback about the 6e's design.

Bentley wants to use this one-off car as a showcase for its technology chops, including an inductive-charging plate for wire-free re-juicing. But for those times when you're not on a golf course sponsored by Qualcomm, there's also a regular power plug hidden away. The company also built the central console out of a curved piece of glass, backed with an OLED touchscreen display that controls navigation, entertainment and climate controls. Passengers, meanwhile, get their own display that enables them to send and receive email, browse social media or watch online videos. But beyond that, actual details about the vehicle are scarce, including the size of the battery and what its proposed range would be*. Bentley wants its electric vehicles to travel the same distance as its gas-powered grand tourers, getting you from London to Paris, Milan or Monaco on a single charge. How feasible that is will be another story.

Bloomberg's interview with Dürheimer also explains that, should the 6e ever go into production, it'll come to China first. That country is becoming increasingly environmentally-aware and affluent, and so it's likely bougie millennials will want to buy that ride. Although, of course, buying a lavishly-appointed grand tourer might not be the thing for a generation of people who have been raised on the promise of a self-driving car.

*Although, as Joe Winn points out on Twitter, that concept image of the cabin reads 256 miles on a full charge.

In this article: Bentley, BentleyExp12Speed6E, ConceptCar, Exp12Speed, gear, GenevaMotorShow, GenevaMotorShow2017, transportation
All products recommended by Engadget are selected by our editorial team, independent of our parent company. Some of our stories include affiliate links. If you buy something through one of these links, we may earn an affiliate commission.