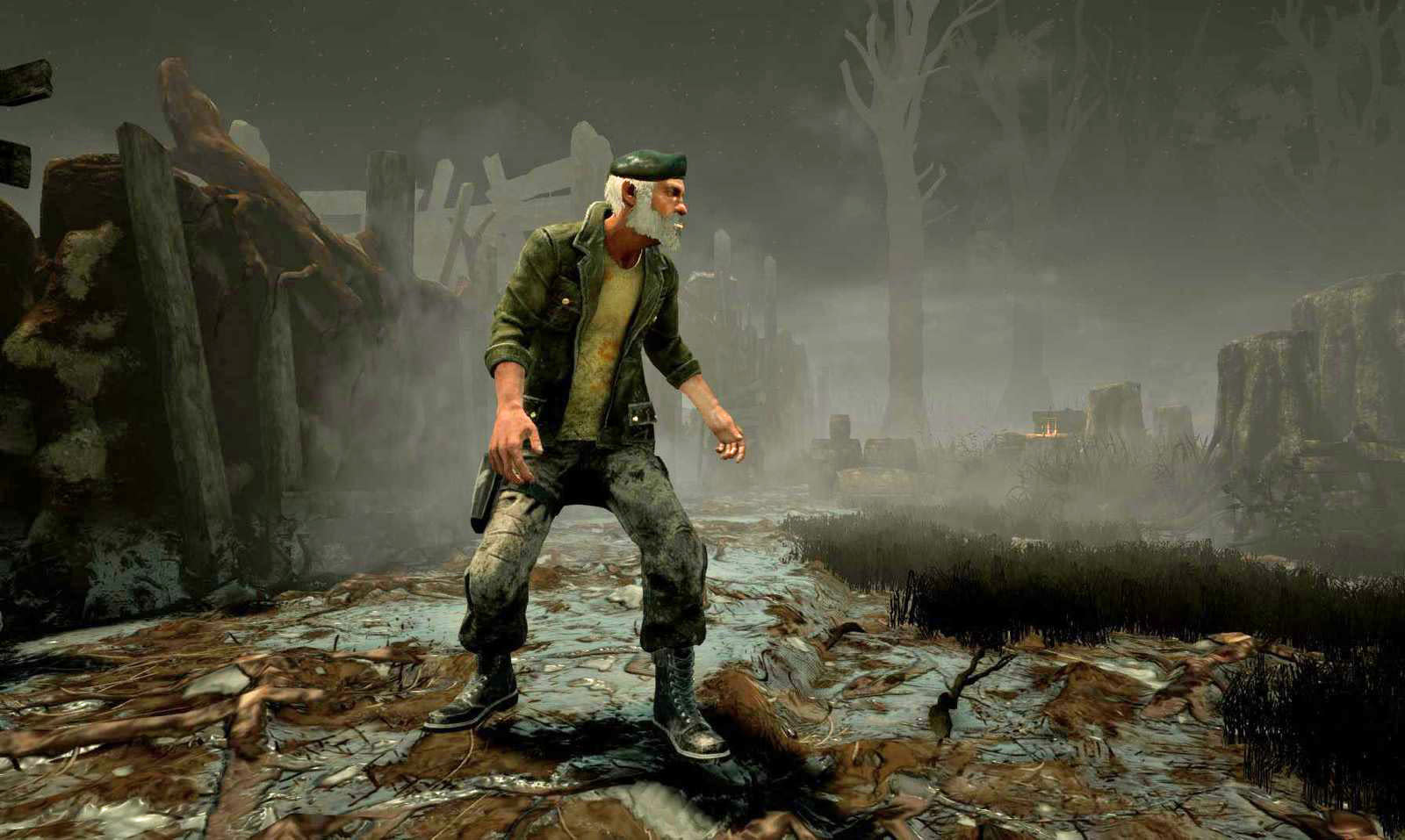 Dead by Daylight, the hit survival-horror game that pits a team of four players against a dangerous killer, is getting a new character as part of the title's free "Left Behind" DLC. Players of Valve's successful Left 4 Dead series of zombie games will recognize Bill, the bearded, loyal-to-a-fault Vietnam vet as a new Dead by Daylight playable character.

Bill is more than just a visual update; he'll inhabit Dead by Daylight as a full-on team member with his own special skills and abilities. According to Polygon, the new DLC is an unofficial nod to Left 4 Dead's own add-on, "The Sacrifice," in which Bill gives his life trying to save the other survivors of the zombie apocalypse.

The grizzled veteran will have three perks that will help his Dead by Daylight teammates. Borrowed Time gives players extra protection if Bill rescues them from the killer's meathook, while Unbreakable will let players recover faster when struck down. The Left Behind perk will help you repair generators faster when you're the last person left alive. Using Bill in the most effective way adds another layer of strategic gameplay to the PC game.

The game's producer, Mathieu Cote, told Polygon that the developer, Behaviour Interactive, worked with Valve to use the same character model for Bill as in the Left 4 Dead games, with some visual upgrades. The team also created replica outfits from other characters in the Valve game for Dead by Daylight survivors to wear. Players who patch the game will have access to all the outfits right away, too. It's quite an homage to the classic game that clearly influenced this new title. Bill, and the Left Behind DLC, is available now.

In this article: BehaviourInteractive, Bill, DeadbyDaylight, DLC, games, gaming, Left4Dead, PcGames, personal computing, personalcomputing, Valve
All products recommended by Engadget are selected by our editorial team, independent of our parent company. Some of our stories include affiliate links. If you buy something through one of these links, we may earn an affiliate commission.