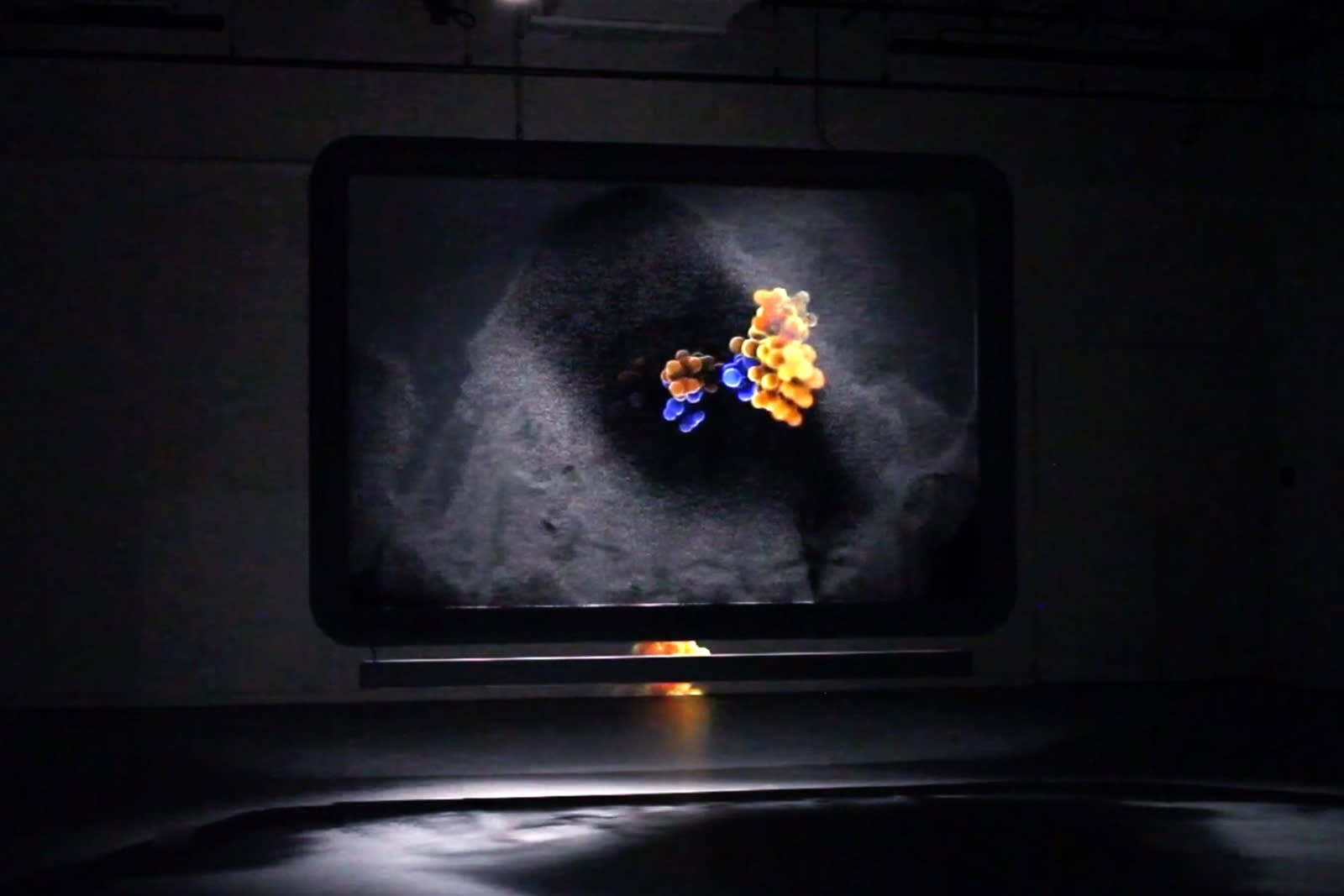 In an era where virtually flawless 8K screens are a reality, it's easy to forget that low-resolution displays have their own appeal -- a flickering tube TV can exhibit more character than most modern sets. And a team of artists and scientists (at France's Millimètre and Harvard University) are taking full advantage of that emotional pull. Their Life in Picoseconds exhibit uses an "Atom Screen" made of thousands of beads to depict a protein molecule in a purposefully low resolution. The project uses 70 software-guided fans to suspend beads between plastic panels, turning them into pixels when you shine light on them. The effect is fuzzy, jittery and tenuous, as if the energy and fragility of the atoms is reflected in the display itself.

Suffice it to say that this isn't really a general-purpose display. And if you want to see it in person, you'll have to visit Le Laboratoire in Cambridge, Massachusetts no later than June 10th. Even so, it's a good example of how purposefully crude technology can be more engaging than the latest and greatest hardware.

In this article: art, atom, atomscreen, bead, culture, display, harvard, millimetre, molecule, science, video
All products recommended by Engadget are selected by our editorial team, independent of our parent company. Some of our stories include affiliate links. If you buy something through one of these links, we may earn an affiliate commission.