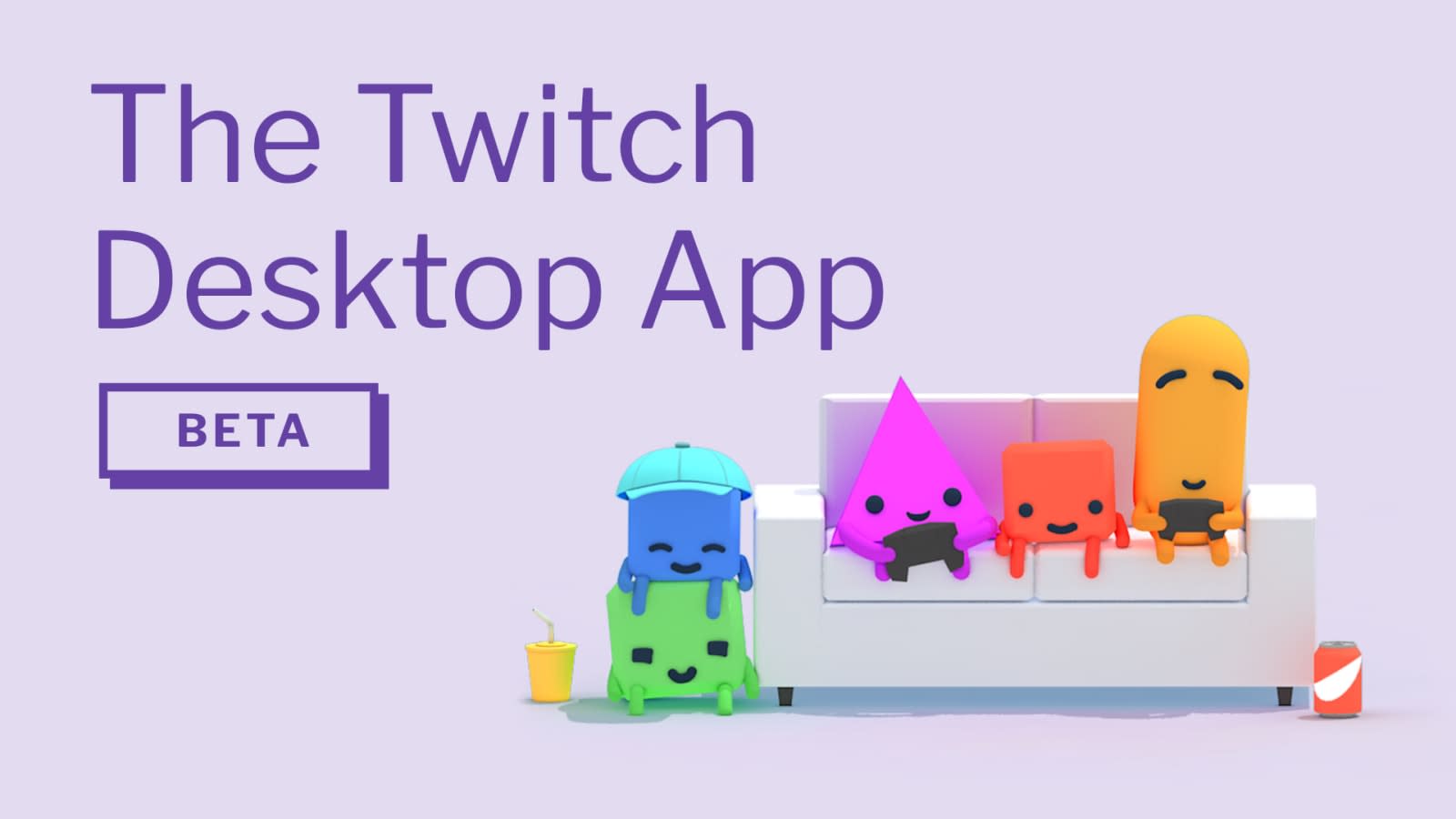 Twitch has long been more than just a video game streaming platform. In fact, it's starting to morph into a full-fledged, gamer-centric social network and marketplace. Just a few days ago, the company unveiled Pulse, which added a Facebook-like feed featuring posts from streamers and viewers. This spring, Twitch will also introduce the ability for users to buy and download the games being played by their favorite streamers directly on the page. Today, the gaming platform announced these and other features are also coming to the new Twitch Desktop App, which launches on March 16th.

The app isn't entirely new, since it's a rebranding of Curse, a communication platform Twitch acquired in August, with added features. Now that Curse has been fully integrated into the Twitch family, the revised app aims to be a one-stop destination for Twitch power users. In addition to standard Twitch features like streams, chat, activity sharing and private messaging, the desktop program will also include video chats, audio messaging, and community servers (those places where followers of a particular streamer can interact with each other even when the streamer is offline).

Soon, desktop Twitchers will also be able to actually play the games they watch. When direct purchases become available this spring, users will be able to download and play their games right there in the Twitch Desktop App. Once that feature goes live, the gamers can even snag addons and mods, which sounds similar to the Steam Workshop downloadable content marketplace. Steam shouldn't have to worry about its market share just yet though -- it recently had 14 million people on the platform at once, says PC Gamer -- but the platform definitely has a serious new competitor.

In non-app news, Twitch is also increasing its influence among non-gamers with TwitchPresents, a new channel for TV marathons. It's kicking things off with a 17-day Power Rangers binge, which will include all 831 episodes and runs from March 14 to March 30. The Twitch website should continue to be more than enough for most casual viewers, gamers or otherwise, but for users who want a more immersive experience -- and perhaps an alternative to Steam -- it looks like the Twitch Desktop app could scratch that itch.

In this article: av, curse, games, gaming, internet, mightymorphinpowerrangers, PowerRangers, steam, streaming, StreamingVideo, twitch, TwitchDesktopApp, TwitchPresents, videogames
All products recommended by Engadget are selected by our editorial team, independent of our parent company. Some of our stories include affiliate links. If you buy something through one of these links, we may earn an affiliate commission.