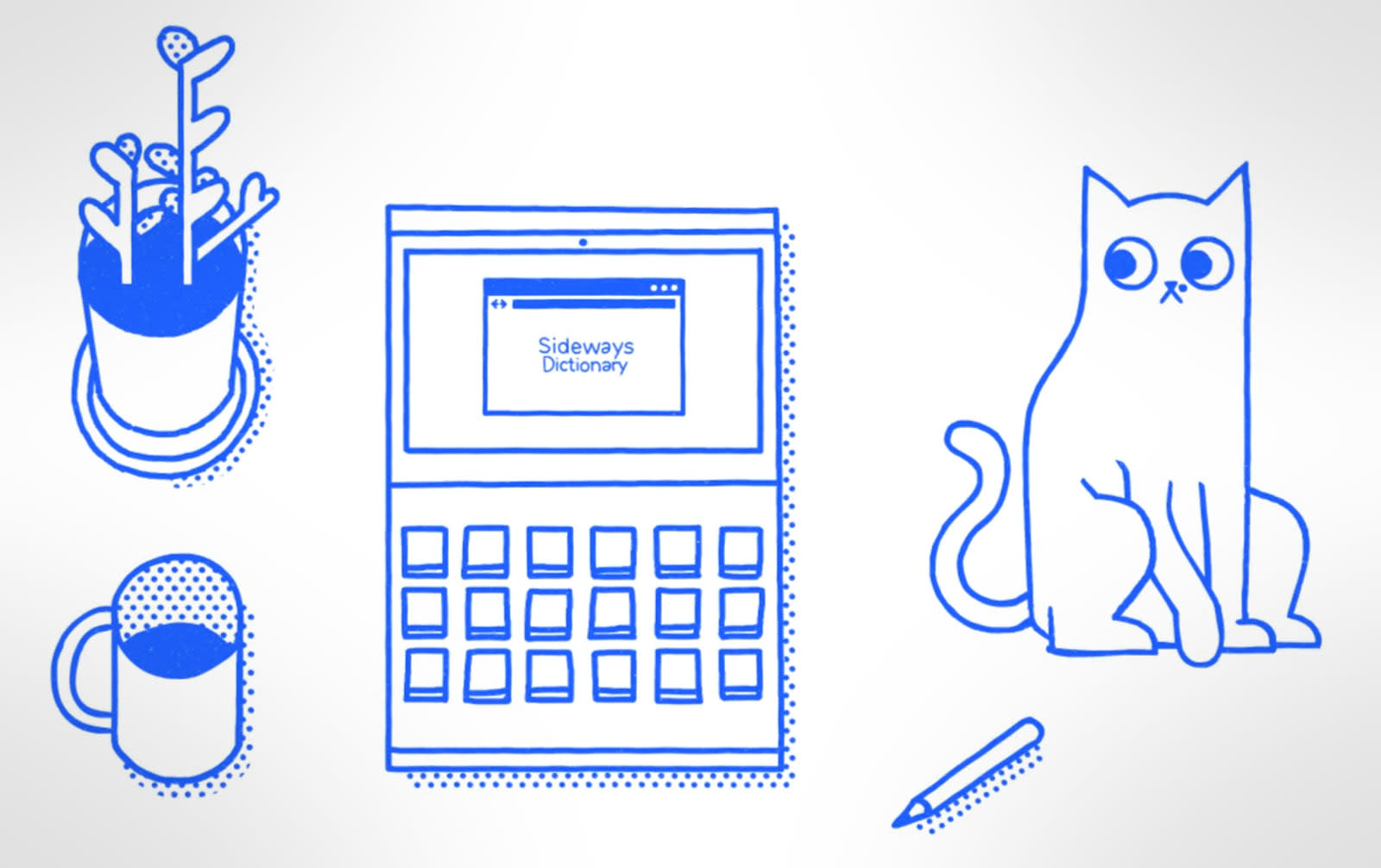 If you ever get confused about tech jargon (or want to clear up said confusion), a new tool from Google's Jigsaw incubator and the Washington Post may help. The "Sideways Dictionary" uses analogies and metaphors to help regular, non-techy people understand terms like "zero-day," "metadata," "net neutrality" and other jargon. Users will be able to access analogies online like a regular dictionary or find them in the Post, where they'll accompany articles that contain "technobabble."

Jigsaw marketing head Alfred Malmros says the idea is to create a shared vocabulary around tech. "The innovation emerging from the technology industry is staggering, but too often we fall back on jargon to explain new concepts," he said in a statement.

To explain the term "DDoS," for instance, he uses a child's birthday party. "If you think about it a bit sideways, it's like hosting a birthday party for your ten-year-old niece where you've invited 20 of her closest friends to attend -- only 40,000 kids show up," writes Malmros. Another example, shown in the video below, is comparing encrypted versus plain text communication to sending a sealed letter versus a postcard.

Jigsaw, the Washington Post and the site's first power-user, Nick Asbury, have already come up with definitions for about 75 terms. However, they also want users to come up with analogies for terms, "the quirkier and more personal, the better."

All you need to do is log onto the site with Google or Facebook, type in a term and offer your own definition (I submitted one for "crowdsourcing.") The team also sought definitions from luminaries like Google's Eric Schmidt and internet co-inventor Vint Cerf, who helped coin some of the jargon in the first place.

Editors will moderate every analogy in an effort to find the most "relevant" definitions and eliminate any bias or inaccuracies. Readers will then vote on the most helpful ones, and those will appear in the Washington Post when you hover over a word. However, you'll also be able to see other definitions if that one doesn't work for you. "An analogy cannot be 100 percent correct, nor can it be 100 percent incorrect," says Malmros.

Anything that helps "normals" understand the tech world is a good thing, but the timing of this is particularly good. It's never been more important for the voting public to understand things like net neutrality, two-factor authentication, phishing and machine learning. With hundreds of "fake news" stories circulating, it also helps to have a well-informed public, particularly for the kinds of complex issues that the Washington Post, Engadget and other sites are reporting on.

In this article: culture, explain, internet, Jigsaw, security, SidewaysDictionary, TechTerms, video, WaPo, WappingersFalls, WashingtonPost
All products recommended by Engadget are selected by our editorial team, independent of our parent company. Some of our stories include affiliate links. If you buy something through one of these links, we may earn an affiliate commission.