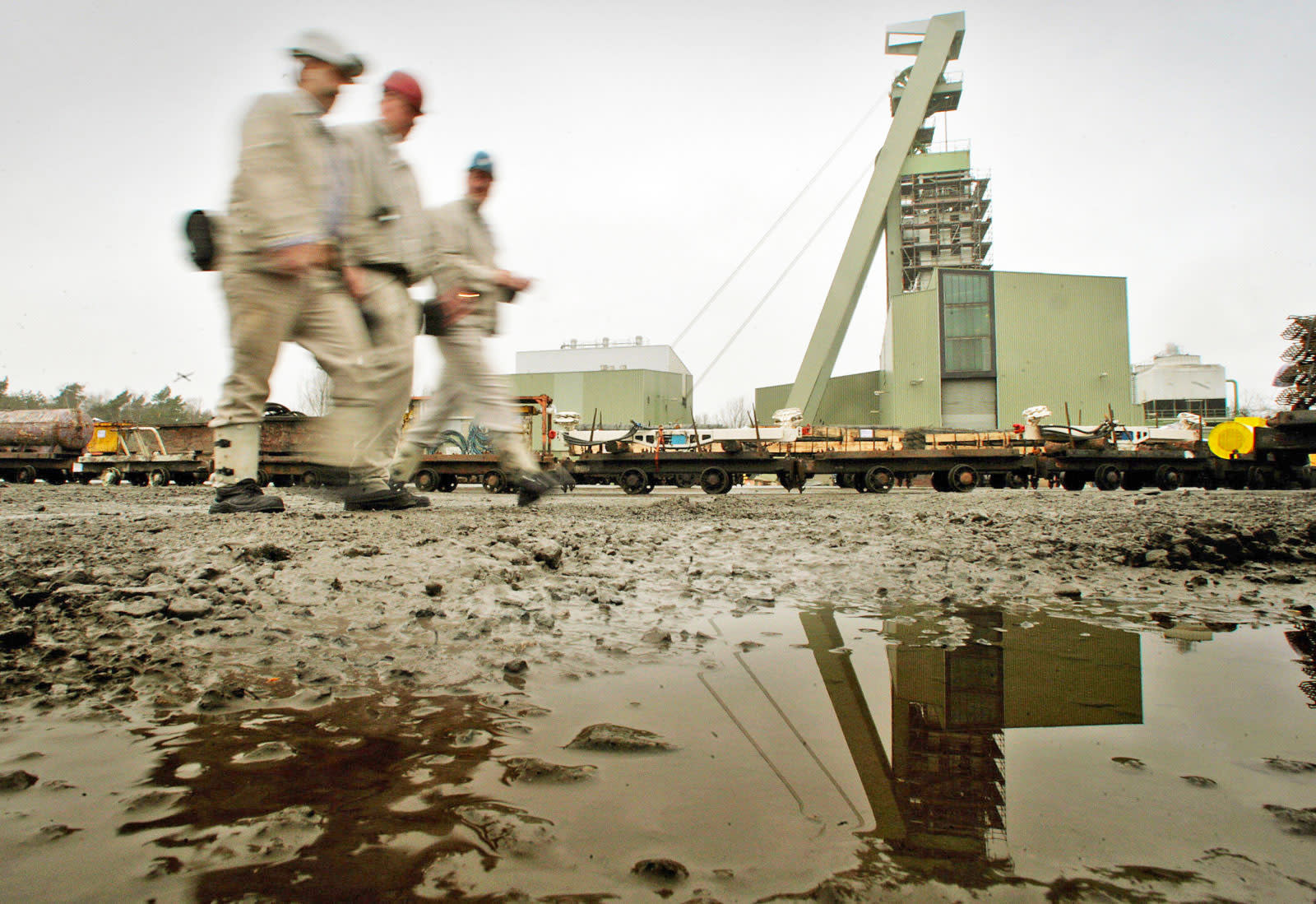 As coal energy falls out of favor in much of the world, one defunct mine in the heart of Germany's coal country is preparing for a new life as a sustainable power plant. As Bloomberg reports, the Prosper-Haniel mine in the state of North-Rhine Westphalia is scheduled to shut down in 2018 when government coal subsidies end and the operation that has provided jobs for the town of Bottrop since 1974 becomes too expensive to operate. But the town could continue providing power to the region while leading the next wave of renewable energy developments by converting its mine shafts into a pumped hydroelectric storage station.

Similar to a standard hydroelectric power plant, pumped hydroelectric storage stations generate power by releasing water from a reservoir through a turbine to a second reservoir at a lower altitude. Rather than releasing the outflow, however, the water is then stored in the lower reservoir until it can be pumped back up to the top reservoir using cheaper, off-peak power or another renewable energy source. In the case of the Prosper-Haniel plant, the lower reservoir will be made up of more than 16 miles of mine shafts that reach up to 4,000 feet (1,200 meters) deep. The station's 200 megawatts of hydroelectric power would fit into a mix of biomass, solar and wind power. It's not a perpetual motion machine, but the water stored in the surface reservoir will effectively act as as backup "battery" that could kick in and fill any gaps in the energy mix whenever the other sources fall short.

As Mother Jones noted in 2014, the idea of a pumped hydroelectric storage facility isn't exactly new -- in fact, there are several already in operation around the US -- but the Prosper-Haniel plant would be the first to utilize an abandoned mining site. And if the plant in Bottrop is a success, more mines in the region are expected to be converted as well, creating even more cost-effective energy storage as the country works to hit its goal of 30 percent renewable energy by 2025.

In this article: coal, green, hydroelectric, prosper-haniel, pumpedhydroelectricstorage, RenewableEnergy, science, SustainableEnergy
All products recommended by Engadget are selected by our editorial team, independent of our parent company. Some of our stories include affiliate links. If you buy something through one of these links, we may earn an affiliate commission.