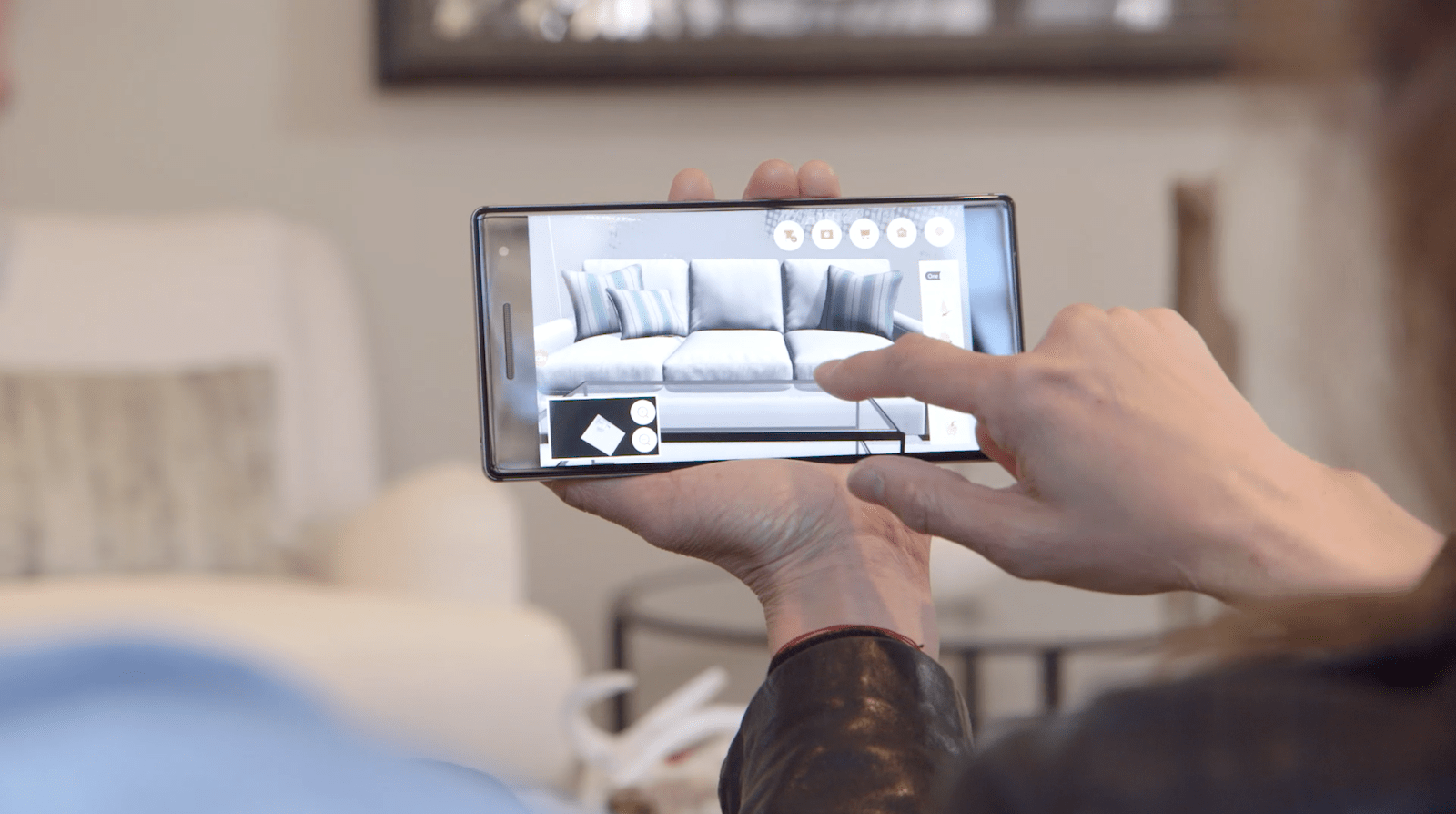 When you're looking to purchase the perfect couch for your living room, you probably want to make sure that it looks good next to your end table. Pottery Barn hopes to entice shoppers into its stores with a new augmented reality app set to do just that when it launches later this month.

3D Room View will give you the option to see any Pottery Barn product in any of your existing rooms, even if it's empty. You will be able to add, move and remove furniture, rugs, lamps and pillows and change the color of the pillows and upholstery. Two other AR apps will be available later this month, too: one to help teens design their own rooms around a desk from Pottery Barn and another that shows you couches in 360-degrees. Why you'd need a separate app to spin a couch around is anyone's guess, however. Update: these last two are web-based tools for desktop and mobile, not native apps.

The new Pottery Barn app is made possible by Google's Tango, an augmented reality technology that's already been used by BMW and the Gap (as well as by mummy-studying scientists). Unfortunately, there are only two Tango-enabled phones, the Lenovo Phab 2 Pro and the Asus ZenFone AR; you're out of luck if you have an iPhone or any other Android handset. The app is also only available in the San Francisco Bay area for now, with plans to roll out across the country later this year. Sorry, east coasters. Update: The app itself is available to everyone, but the pilot program that pairs interested customers with design specialists who can show the Tango-enabled tools in-store is only in the San Francisco area.

Ikea and Lowe's already offer AR apps, while East-coast competitor Wayfair launched its own last November. Pottery Barn isn't really innovating so much as playing catch-up. Still, if there's one way to get a bunch of Silicon Valley tech bros to boost your bottom line, it's with a gimmicky smartphone app.

In this article: app, AR, AugmentedReality, furniture, gear, google, home, mobile, PotteryBarn, SanFranciscoBayArea, Williams-Sonoma
All products recommended by Engadget are selected by our editorial team, independent of our parent company. Some of our stories include affiliate links. If you buy something through one of these links, we may earn an affiliate commission.