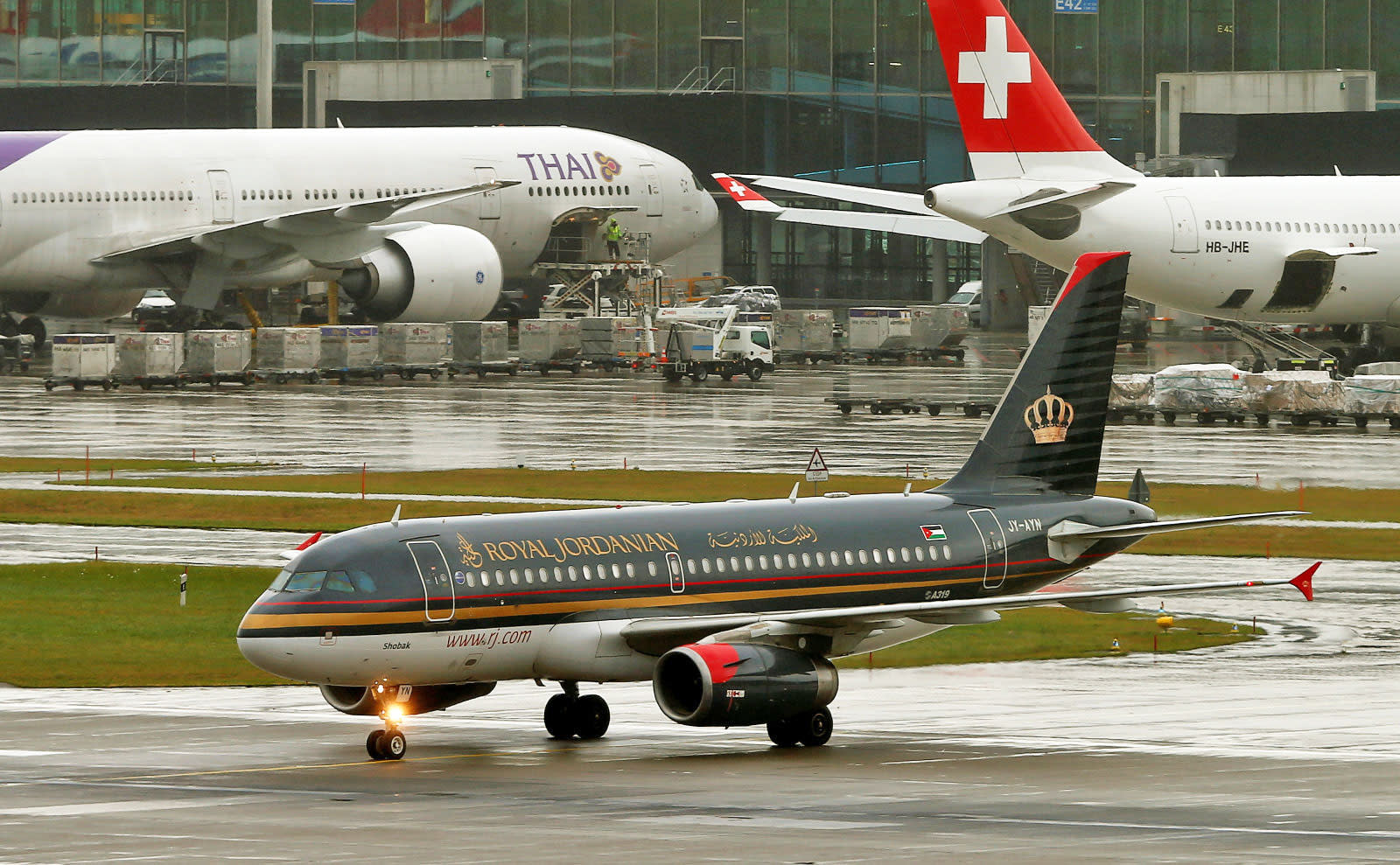 The US just made traveling to certain parts of the world considerably more complicated, at least for technology fans. Middle Eastern and African airlines (including Royal Jordanian and Saudia) say the US has asked them to institute a 96-hour ban on carrying most electronics on flights to or from the US, starting on March 21st. You can sit down with your phone or any necessary medical devices, but cameras, laptops and other larger gadgets will have to go into your checked baggage. The exact conditions of the ban aren't yet clear, but an American official said that "12+" airlines are covered, while Saudia exec Abdulrahman al Fahad mentioned 13 countries being affected.

The reason for the surprise restrictions isn't clear (Homeland Security isn't commenting as of this writing), but this kind of sudden yet short ban tends to be in response to a specific and imminent terrorist threat. The US' Transportation Security Administration is already worried about bogus devices being used to smuggle explosives, weapons and contraband aboard flights -- this suggests that there may have been plans for just such an attack. While there could be alternate motives for the ban, it's the most plausible explanation so far.

Update: A US official speaking anonymously to the BBC says the device ban would affect nine airlines in 10 airports. Also, it is believed to be in response to intelligence reports hinting at threats.

Update 2: Our initial report listed this as a temporary ban, but officials speaking to TechCrunch and the AP characterize this as indefinite -- the airlines received 96 hours to implement the changes. We apologize for the error. Also, the Department of Homeland Security has confirmed the core details of the ban. It covers one major airport each in Abu Dhabi, Dubai, Egypt, Jordan, Kuwait, Morocco and Turkey, as well as two airports in Saudi Arabia. Flights leaving the US aren't affected.

In this article: africa, aircraft, airplane, culture, middleeast, politics, security, terrorism, transportation, travel
All products recommended by Engadget are selected by our editorial team, independent of our parent company. Some of our stories include affiliate links. If you buy something through one of these links, we may earn an affiliate commission.