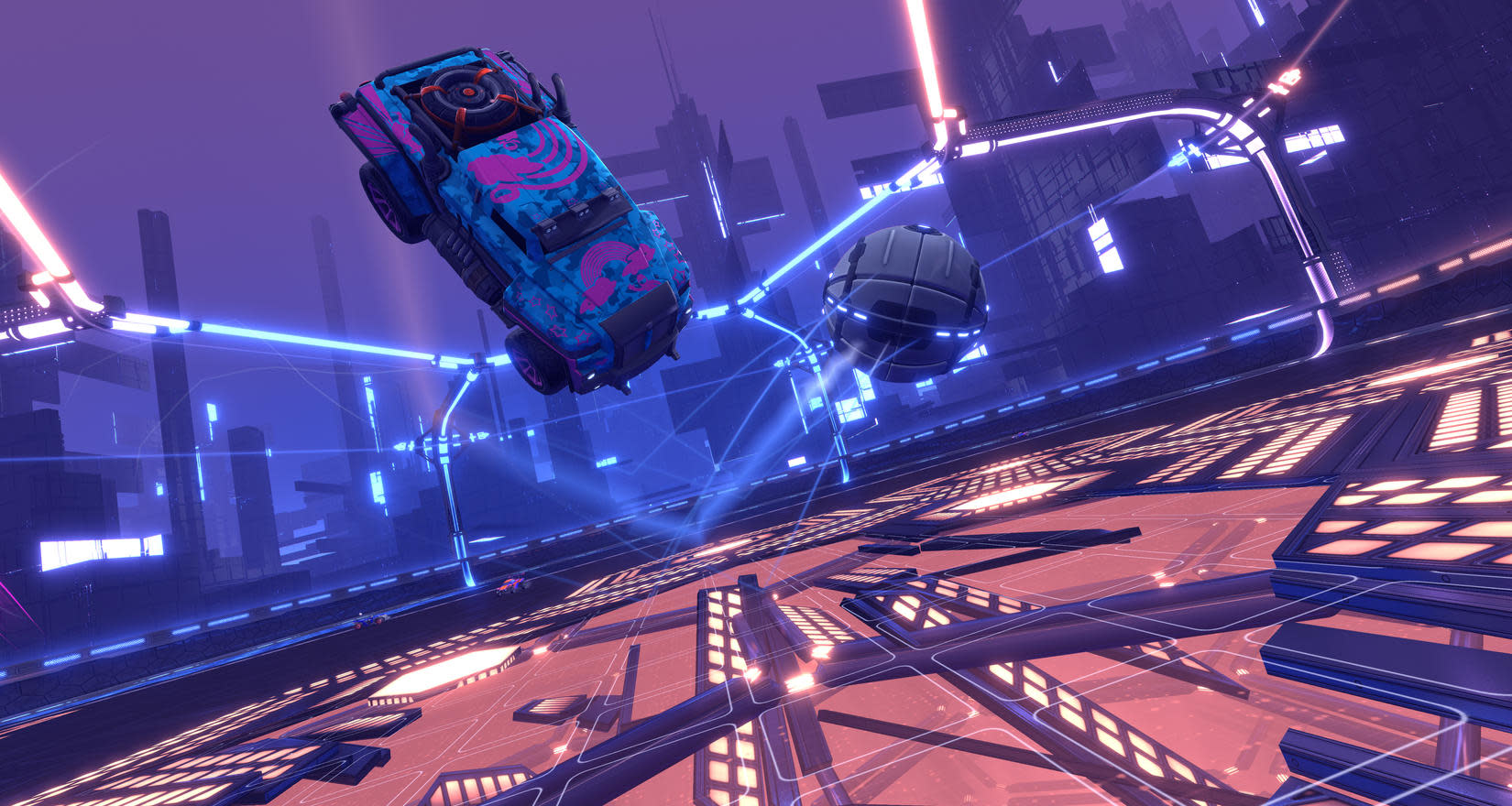 Chaotic jet-car soccer game Rocket League just got a little crazier with its new Dropshot mode, which changes how you play the game. This free update rolls out to Xbox One, PlayStation 4 and PC today, bringing a new competitive tournament as well as some goofy Easter-themed items for your in-game automobile.

Dropshot changes things up in a big way. The new mode has no goalposts, unlike other Rocket League arenas. Instead, each side of the field is covered with destructible hexagons. Smash the massive soccer ball with your jet-car into the ground to destroy the ground and then use the resulting hole to score. It takes two hits to fully destroy a hex space in the arena. When you do score, your opponent's hexes repair themselves while yours stay as is. In addition, you can now electrify the ball to do splash damage when it hits. All told, a fully powered ball can smash up to 19 panels. This new mode is full of even more intense strategic action for Rocket League players.

The patch also brings three new cosmetic items to your car: an Easter egg antenna ball and two silly but fun roof decorations, an Easter basket and set of bunny ears. You'll see these as random drops after each match. The fourth season of tournament play also gets some changes, with new skill tiers, fewer divisions and new ranking and skill reckoning that should help balance out all Rocket League competitive gameplay.

In this article: dropshot, gaming, personal computing, personalcomputing, psyonix, rocketleague, video, videogames
All products recommended by Engadget are selected by our editorial team, independent of our parent company. Some of our stories include affiliate links. If you buy something through one of these links, we may earn an affiliate commission.