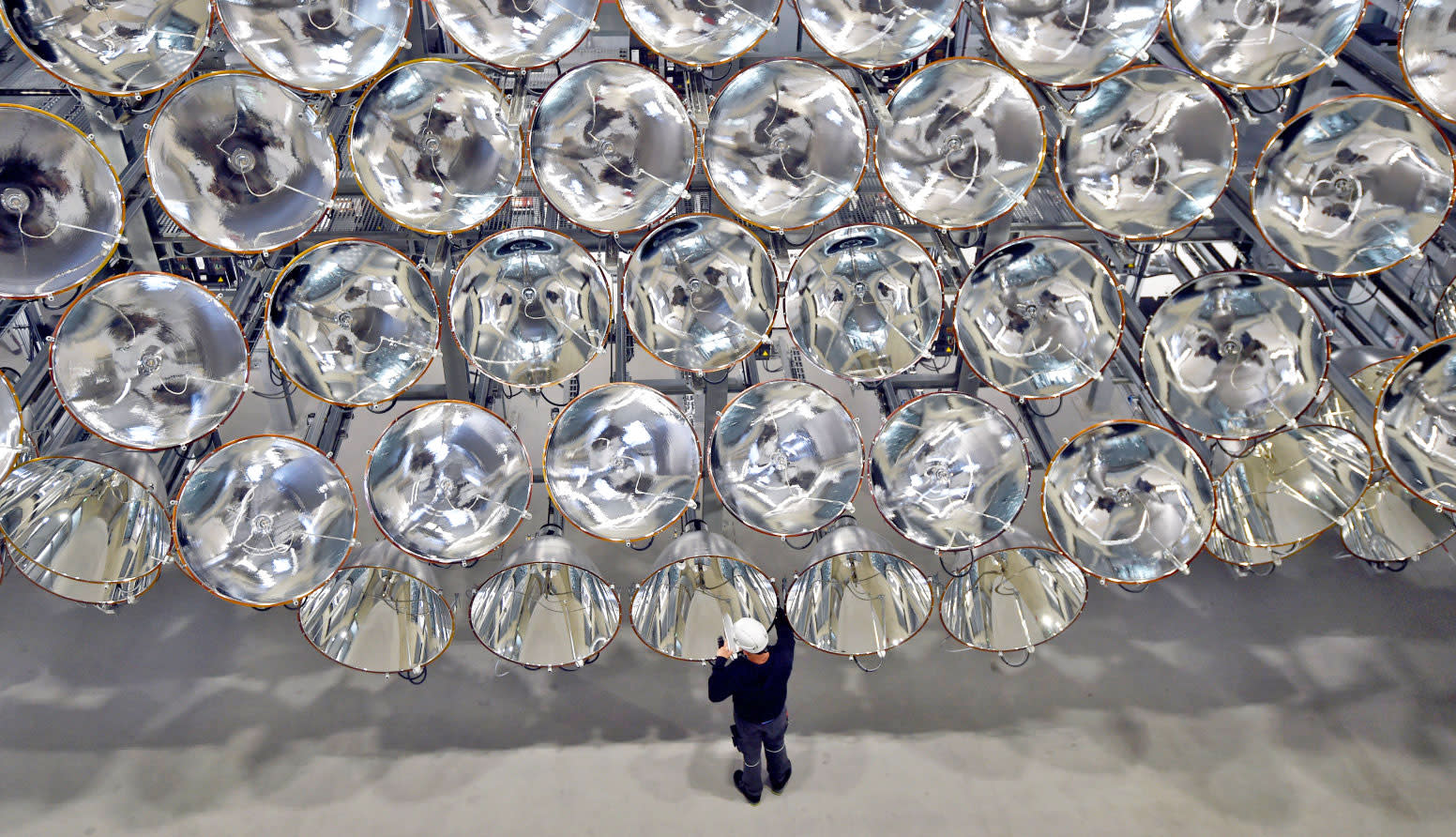 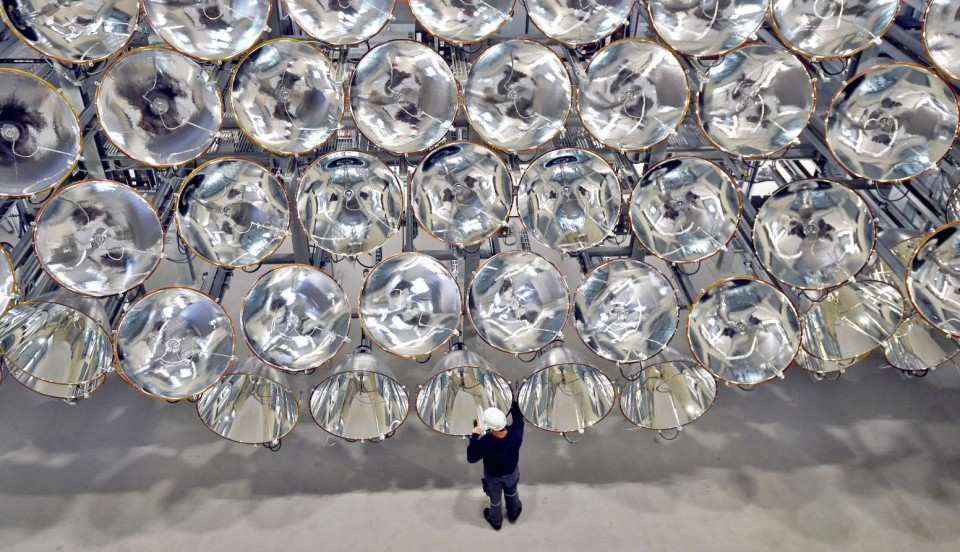 Scientists from the German Aerospace Center (DLR) are testing a novel way to generate hydrogen, a potential green energy source, by using a massive array of lights normally found in movie theaters.

It's part of the "Synlight" project, which aims to split water molecules into its component hydrogen and oxygen atoms using the power of the sun. Hydrogen can be used as a green fuel source since burning it doesn't release any greenhouse gasses. But the problem is that hydrogen doesn't occur naturally here on Earth, you've got to break water to get to it.

The Synlight array consists of 149 xenon short-arc lamps, typically used as cinematic spotlights, setup in a honeycomb pattern and all focused on a single 8-inch by 8-inch patch. The amount of energy hitting that space is roughly 10,000 times as intense as natural sunlight and generate temperatures as high as 3,500C. "If you went in the room when it was switched on, you'd burn directly," Professor Bernard Hoffschmidt, research director at the DLR, told The Guardian.

The point of all this is to figure out how to concentrate natural sunlight to most efficiently split H2O. We obviously can't use huge bulb arrays like the Synlight -- it cost $3.8 million to build and sucks down as much power in 4 minutes as an average German household consumes in a year. But the Sun generates a nearly unlimited supply of energy that just needs to be harnessed. It's a similar concept to modern solar thermal power plants, though instead of superheating molten salt mixtures to drive steam turbines, this process would produce hydrogen fuel.

In this article: DLR, Earth, fuel, Germany, green, greenEnergy, hydrogen, powerplant, science, solar, Synlight, The Guardian, thermal, xenon
All products recommended by Engadget are selected by our editorial team, independent of our parent company. Some of our stories include affiliate links. If you buy something through one of these links, we may earn an affiliate commission.