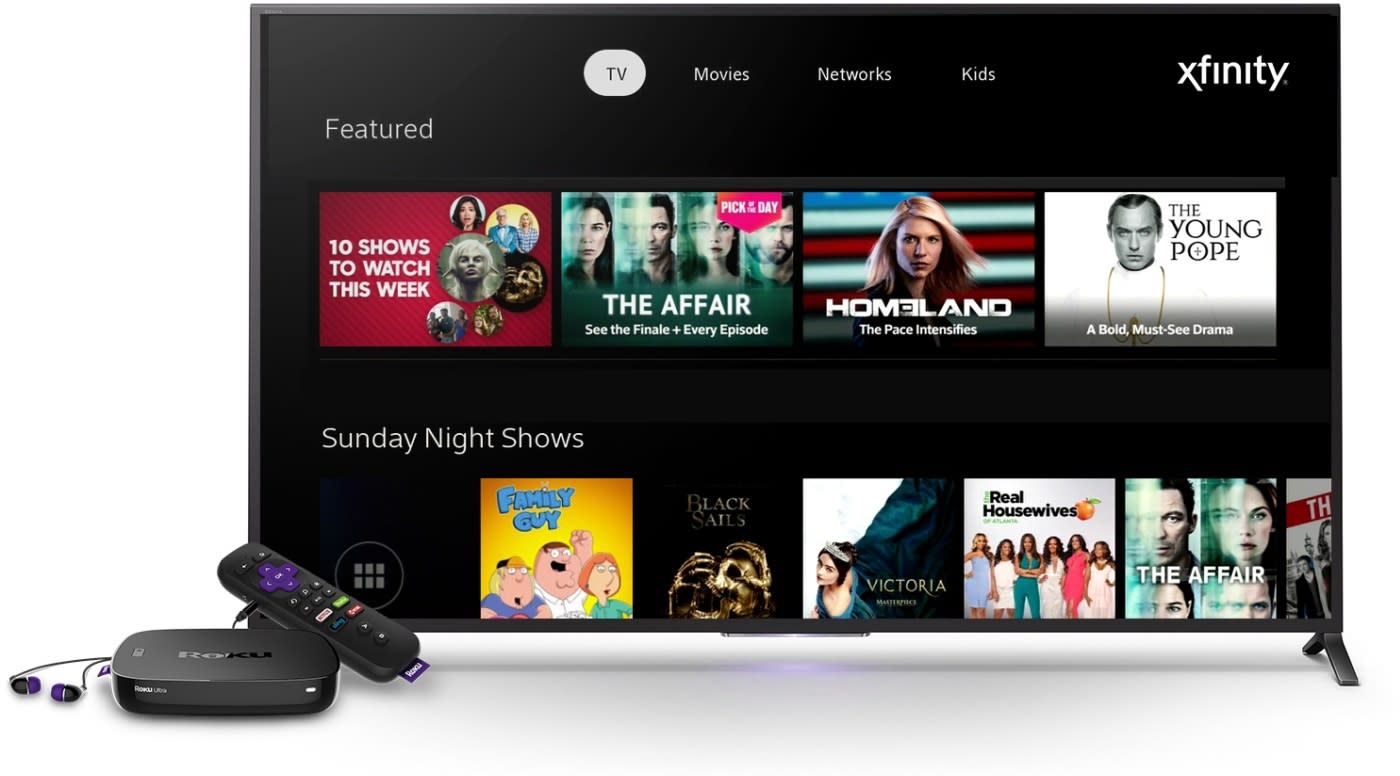 Comcast is laying the groundwork for a streaming TV service similar to DirecTV Now in markets it currently doesn't serve, including New York and LA, according to Bloomberg. It reportedly obtained nationwide TV channel rights from several unnamed cable networks using "most favored nation" clauses in its contracts. It hasn't got plans to offer anything yet, but is holding those rights as a card to play if online services like AT&T's DirecTV Now and Sling TV catch on.

Comcast recently said that a so-called OTT (over-the-top) internet TV service is not a priority at the moment. "There is significantly more upside and profitability in going deeper and deeper into our base versus following a video-only offering OTT," said Comcast VP Matt Strauss at a November convention. Nevertheless, it negotiated the rights during recent carriage negotiations with cable and network broadcasters as a hedge against future developments.

Comcast would also need to acquire nationwide streaming rights with major partners like CBS and ESPN, Bloomberg's sources say. It may be unwilling to do that soon, as it would have to renegotiate long-term contracts, possibly for less favorable terms. The cable and ISP giant recently launched its TV app on Roku set-top boxes and Samsung TVs, and will reportedly offer a "skinny bundle" of government and local channels on the devices. For now, that's the closest thing it will have to an OTT service.

Given how fast the media landscape is changing these days, Comcast may need to consider a streaming model sooner than it expects. On top of Sling TV and DirecTV Now, streaming veterans Hulu and YouTube both recently unveiled live TV offerings. As one analyst told Bloomberg, it wouldn't be hard for the cable giant to leap into the fray if it needed, given its size and importance in the industry. Whether the public actually wants the much-hated firm to do it is another matter.

In this article: av, Cable, Comcast, DirecTVNow, entertainment, OTT, SlingTV, streaming, WebTV
All products recommended by Engadget are selected by our editorial team, independent of our parent company. Some of our stories include affiliate links. If you buy something through one of these links, we may earn an affiliate commission.