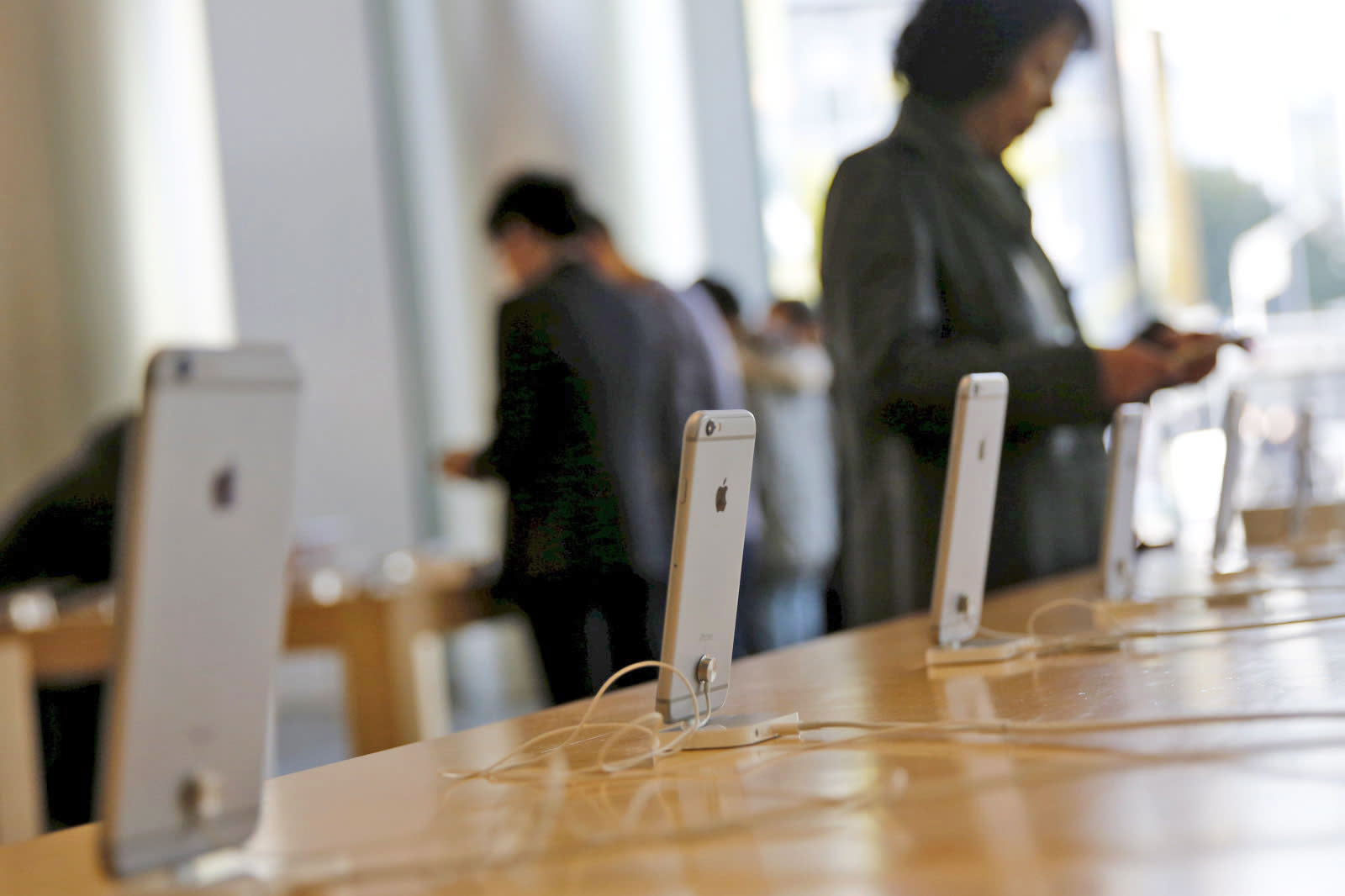 Did it seem ridiculous to you that Beijing officials ordered a ban on the iPhone 6 and 6 Plus over a dubious design patent claim? You're not the only one. A court has reversed the ban (which was suspended during a dispute process) and declared that Apple isn't violating the patents of Shenzhen Baili Marketing Services, which insisted that the iPhone 6 riffed on the look of its 100c smartphone. Regulators issued the ban without real proof of wrongdoing, according to the ruling, and the iPhone has traits that "completely change the effect" of its design versus its (frankly very generic-looking) rival. Customers haven't had a problem telling the difference between the iPhone and 100c, the court says.

This is water under the bridge for Apple given that it stopped selling the iPhone 6 and 6 Plus a while back -- it wasn't going to lose much money even if the court upheld the ban. However, the win could serve as a shot across the bow of other Chinese companies that might try a similar move in the future. If they want future claims to stick, they'll have to show that there's more than a passing similarity between devices. Otherwise, they may not get much more than a brief burst of publicity.

In this article: 100c, apple, china, copyright, culture, design, gear, iphone, iphone6, iphone6plus, lawsuit, mobile, patent, smartphone
All products recommended by Engadget are selected by our editorial team, independent of our parent company. Some of our stories include affiliate links. If you buy something through one of these links, we may earn an affiliate commission.