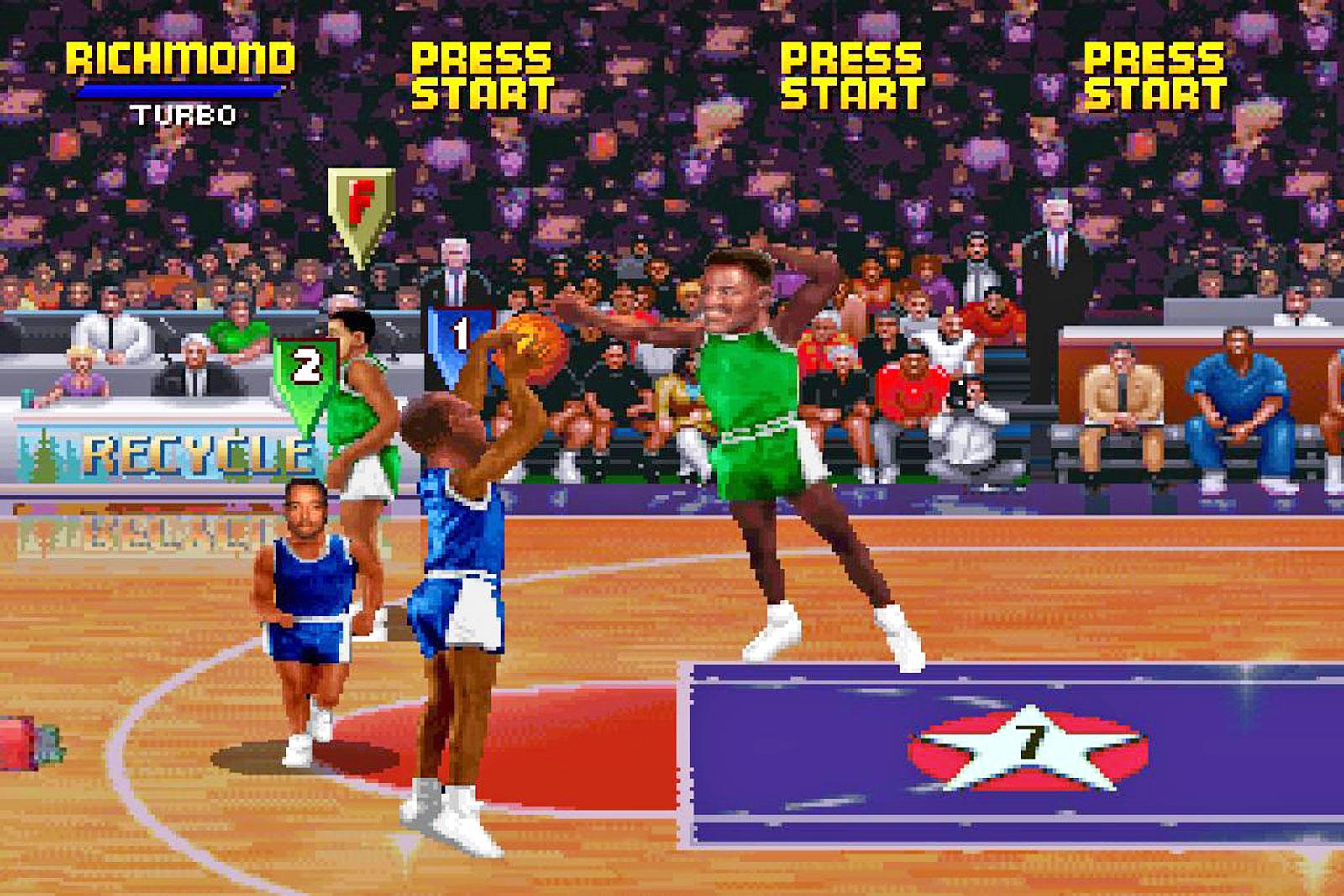 If you hung around arcades in the 1990s, you were likely extremely familiar with Midway sports games like NBA Jam and NFL Blitz. Apparently, though, even these classics have a few secrets left. Former Midway design lead Mark Turmell has participated in a Reddit AMA where he revealed a handful of surprises about Midway games. For instance, he confirmed that pre-release versions of NBA Jam did have Michael Jordan -- the developers had to yank him out just weeks before launch due to his Nike deal. In fact, there were custom editions given to Jordan, Ken Griffey and Gary Payton that put each of them in the game.

Other insights? The original NFL Blitz was initially poised to be more violent (you could kick players while they were down) until some animations were cut to get the league's approval. Also, while the 2012 Blitz reboot was ultimately disappointing to Turmell, he notes that the team had "toyed" with making it a free-to-play multiplayer game that might have made it better.

Turmell also points out that, in some ways, the game industry hasn't changed as much as you think. To him, arcade games and mobile games (his current focus) "perfectly match" each other. They're easy to get into, are often difficult to master, and revolve around short bursts of action in return for a little cash. The biggest change is simply the resources you need to make a hit. While small game teams can still shine, you usually need hundreds of people to crank out a blockbuster.

In this article: ama, av, ea, games, gaming, markturmell, midway, mobile, nbajam, nflblitz, reddit, smartphone, videogames
All products recommended by Engadget are selected by our editorial team, independent of our parent company. Some of our stories include affiliate links. If you buy something through one of these links, we may earn an affiliate commission.