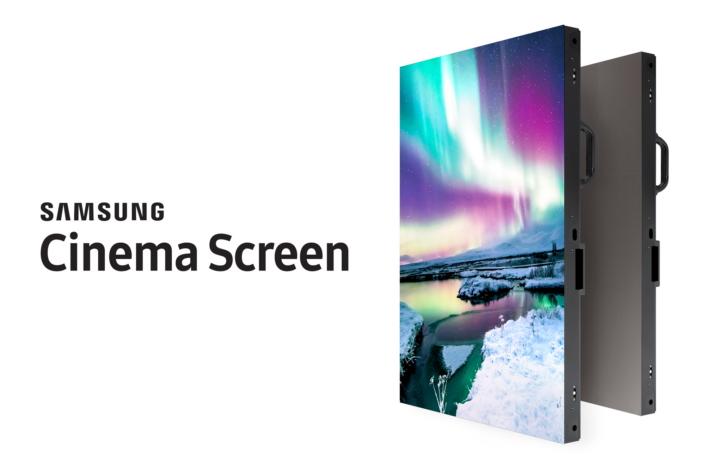 The newest generation of Samsung's 4K televisions stretch its bright, vibrant QLED tech into bigger and bigger screens, topping out at the 88-inch Q9 the company introduced at CES in January. Clearly, these giant TVs are aimed at the home theater market. But the tech giant isn't content with domestic domination. This week, Samsung debuted its 34-foot Samsung Cinema Screen during Cinemacon 2017, which the company claims is the world's first HDR LED theater display.

Obviously, this isn't something for the casual consumer, and even the hypothetical resolution aficionado willing to spend around $30,000 US on Samsung's upcoming 88-inch Q9 would never afford the Cinema Screen's as-yet unannounced pricetag. Rather, the company is positioning the mega-LED as the next technology movie theaters should choose now that viewers are used to the sharp quality of home TVs. Hence, the ridiculous feat of a 34-foot 4K screen.

To that end, their press release boasts that the Cinema Screen is ten times brighter than traditional theater screens while exceeding DCI specifications, though it's yet to officially earn that certification. Whether theater chains glom to the product, it's still impressive. It's also a potential solution for smaller venues where resolution is far more noticeable, as well as art spaces that prioritize fidelity in their digital productions.

In this article: 4k, gadgetry, gadgets, gear, led, samsung, SamsungCinemaScreen
All products recommended by Engadget are selected by our editorial team, independent of our parent company. Some of our stories include affiliate links. If you buy something through one of these links, we may earn an affiliate commission.